What would it take to get 'early in-person voting' established in Alabama?

In the 2020 election, a record number of people voted absentee due to the pandemic. But, the two are not the same. Alabama Secretary of State John Merrill explains.. 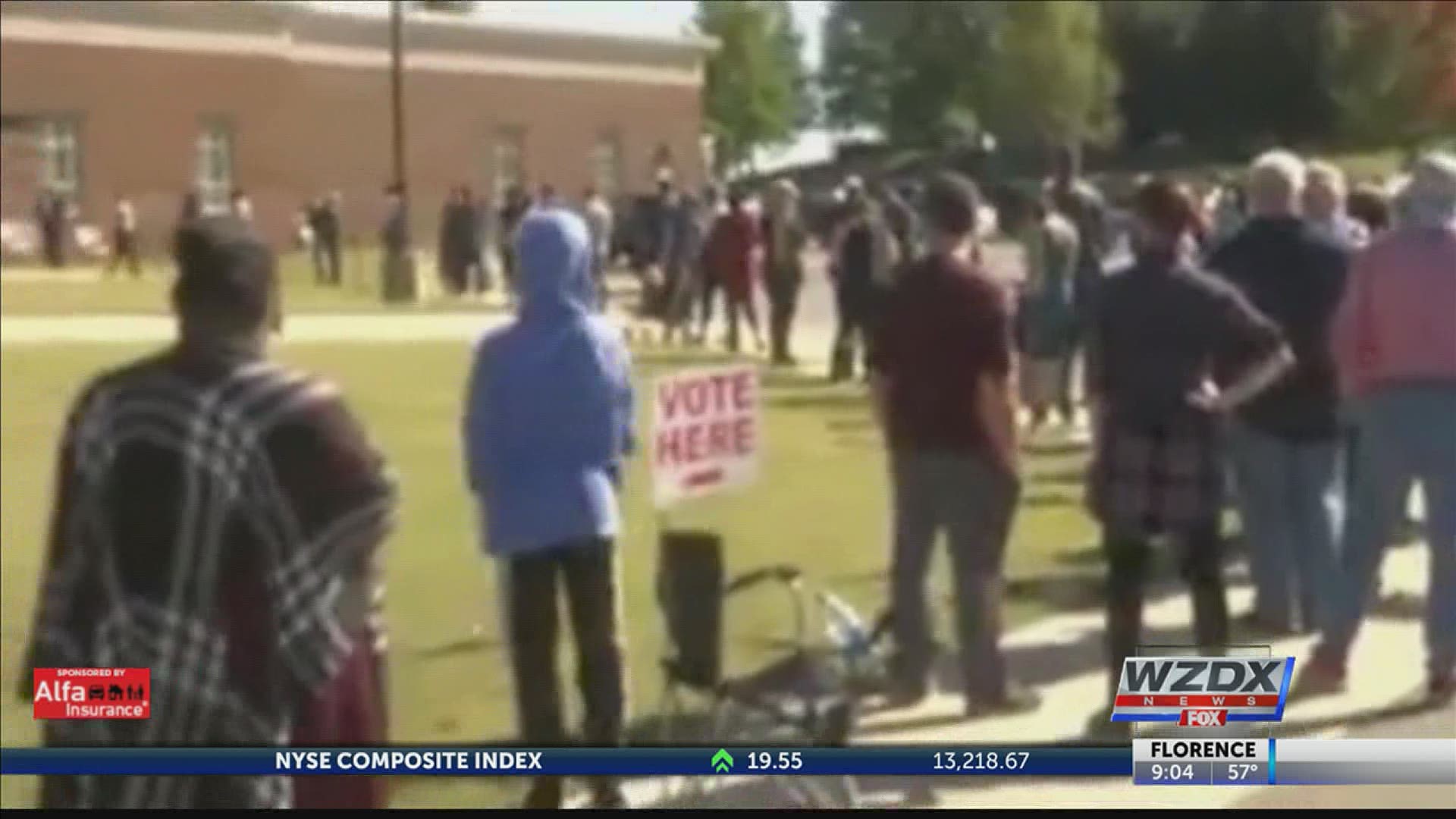 HUNTSVILLE, Ala — Some state leaders have mentioned the need for Alabama to implement an early voting system. But, just how likely is this to happen? And is it possible this can be done soon?

Our team found out what would need to happen to get this done.

WATCH: RECAP OF MADISON COUNTY ELECTION 2020, CHANGES YOU COULD SEE IN THE FUTURE

Alabama does not currently have an ‘early in-person’ voting system in place.

In the 2020 election, a record number of people voted absentee during the pandemic. But, the two are not the same. Alabama Secretary of State John Merrill explains the difference. He says, “Early absentee voting and early voting in person are different. Because, in early voting in person without the absentee process, you don’t need to do anything except provide an ID. In the early in-person absentee process, you still have to fill out an application to indicate the reason why you are voting absentee and why you are voting early.”

This year, any registered voter in Alabama could vote absentee due to the pandemic.

On their application, they just needed to check one box. Secretary Merrill reminds us, voters has to “...use the excuse provision that says ‘I’m ill or infirmed and unable to appear at my polling site on election day.”

Leaders like Senator Doug Jones, who was just voted out on election day, say Alabama needs an early in-person voting system. Under this system, voters could come to the polls early without a pre-approved application.

We asked Secretary Merrill if this could be something that’s on the table for future elections. Merrill responds, “It’s certainly something that will be discussed by the Alabama legislature in the 2021 regular session. When that occurs, there will be empirical data that will be presented to them for them to consider to determine whether this is something that needs to be offered to all of our people.”

The 2020 election was a record breaking one for voter turnout nationwide. Alabama is no exception. This surge was likely largely due to the rise in absentee voting. Merrill says, “Prior to this election cycle, the largest number of voters that had ever participated in the absentee process was 89,000. This year we had 319,000 people vote absentee. So, obviously it wasn’t much of an encumbrance on those people."

Secretary Merrill says, Alabama has had elections with extremely low participation. And that could be taken into consideration when discussing the possibility of early voting.

He reminds the public, “If you have early in person voting, you have it when nobody is voting too.”

We asked Secretary Merrill about Saturday voting, which is also not in place currently in Alabama. He says to implement that, legislation would need to be passed. He also tells our reporter, he “assumes” it should be discussed in the 2021 session as well.

Secretary of State John Merrill says, the legislature will come back into session February 2021. But, there will be other meetings that will be held between now and then with groups of legislatures that may involve some discussion based on what we’ve seen with the polling process in the 2020 election.