“It’s very, very important that we continue this support because the efforts that he did laid ground work for a lot of things. A lot of positive thi... 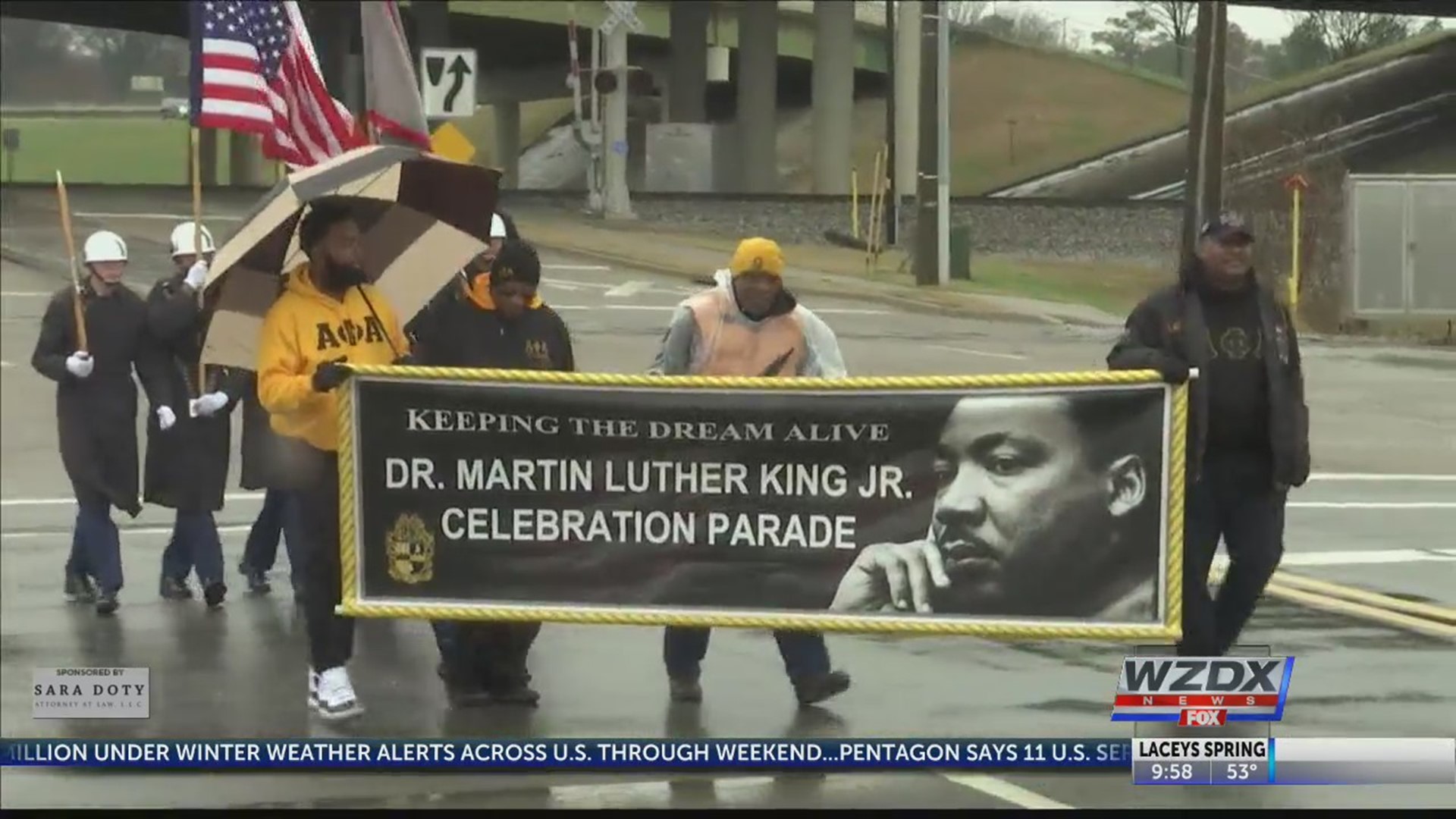 It was a cold and rainy Saturday afternoon, but that did not stop community leaders from keeping the dream alive in honor of Dr. Martin Luther King, Jr.’s legacy.

“We figure in 1955-56, when the bus boycott was going on in Montgomery, they still had to go to work. So we’ll do our sacrifice today. So we’re going to honor Dr. King today. Keep the dream alive by coming out and celebrating his dream and his birthday today,” said MLK Parade Co- Chair Clifford March.

The North Alabama Bikers Association Vice President Leonard Bouie believes MLK’s legacy leaves a mark for the past, present, and the future.

“This is significant to us because of the things that happened here in the state of Alabama, years’ past. And for us to have a platform to show people that we still love each other. It doesn’t matter what color you are you can come out and share this comraderie,” said Bouie.

“He wanted all of us to be together as one, so that’s what I like,” said Turman.

“It’s very, very important that we continue this support because the efforts that he did, laid ground work for a lot of things. A lot of positive things that we enjoy today,” said Huntsville resident William Smith.

This is the sixth year this organization has hosted the MLK Parade.