A severe thunderstorm watch has been issued for our counties in Southern Middle Tennesse ahead of a line of showers and thunderstorms that will move through the...

A severe thunderstorm watch has been issued for our counties in Southern Middle Tennesse ahead of a line of showers and thunderstorms that will move through the Tennessee Valley later this evening. 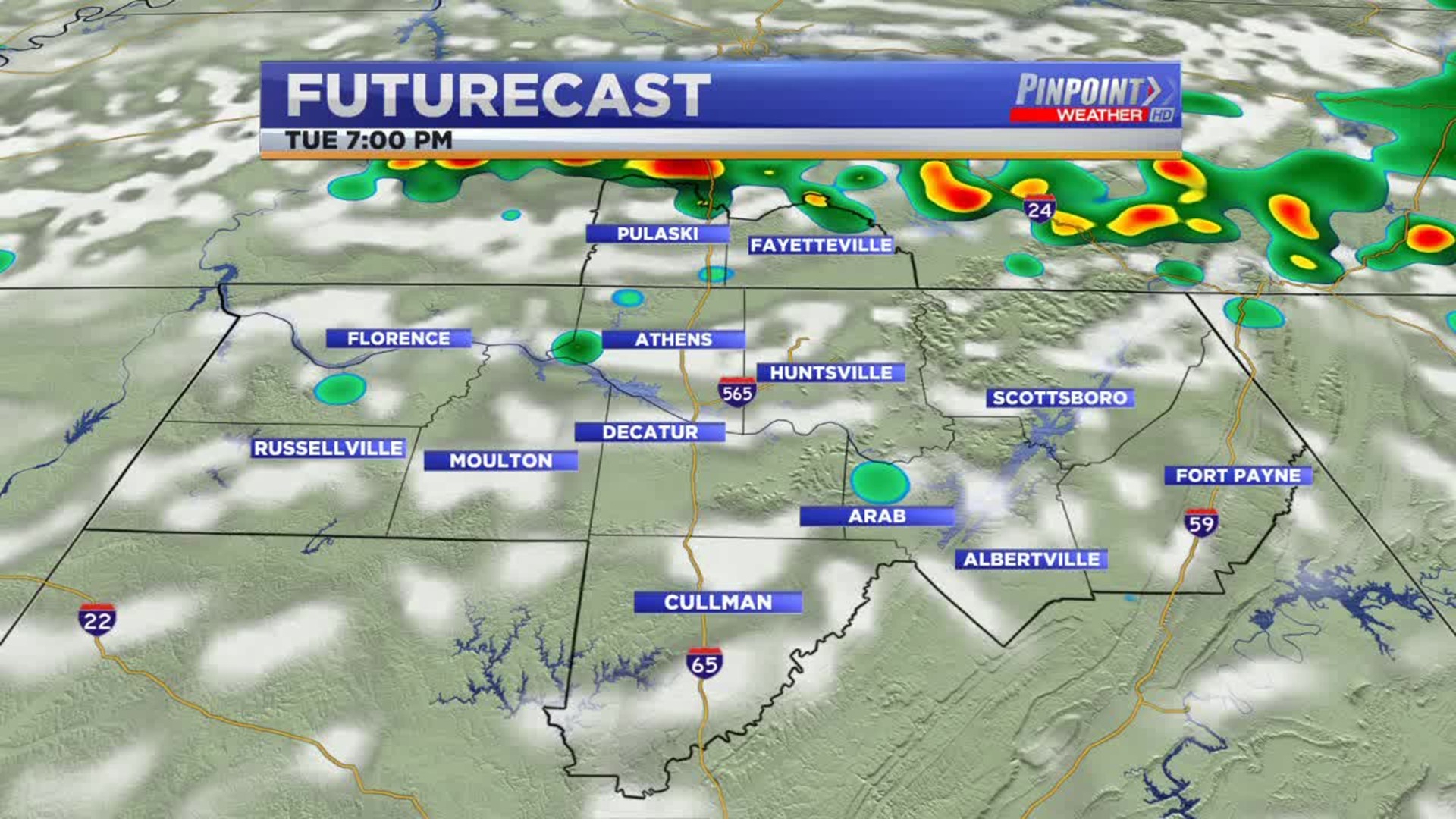 This line of showers and thunderstorms will drop south from Tenessee during the early evening and hours and continue through the early part of the overnight. Those across Southern Middle Tennessee and far north Alabama stand the best shot at seeing a few thunderstorms.

As this line drops south through the evening I expect it’ll begin to break up and the thunderstorm activity will become a little more scattered. This isn’t a very long-lived system and will be out of here by the time most wake up for work and school Wednesday morning. Aside from a passing shower Wednesday afternoon we look to be dry through the foreseeable future.

The Storm Prediction Center (SPC) has placed the majority of the Tennessee Valley under a slight risk for severe weather this evening and through the overnight.

Risk Categories from the SPC

This means the risk for severe weather is low and calls for more scattered activity such as what I discussed above and what you see in the futurecast video also above.

As far as any major threats are concerned the biggest will be damaging winds in excess of 50 mph. Hail will also be possible in these storms with localized flooding also a strong possibility.

Behind this is some cooler air. Temperatures through the rest of the week look to only be in the low to mid-90s as opposed to the upper 90s. It also appears the heat index will all but vanish.