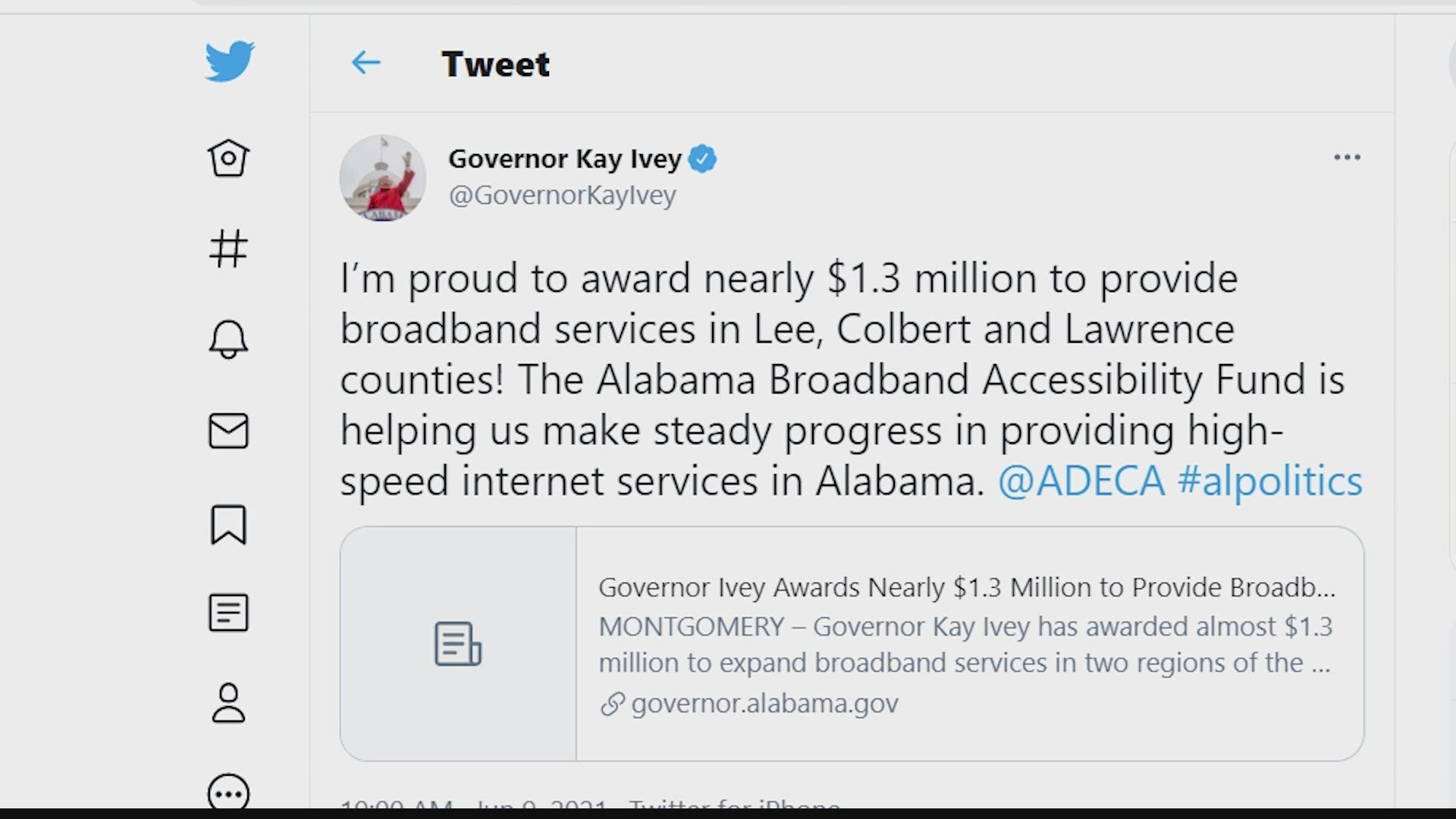 "After that, we have another 10 to 15% with limited connectivity, or it's so expensive that families can't even afford that," said Osborn.

The COVID-19 pandemic only served to highlight these issues as schools were forced to hold classes virtually.

"We've had some hotspot boxes that we've tried to put out inside of our county. We've had partnerships where we've met with local areas, whether it were churches, volunteer fire departments, community resource centers," said Osborn. "If they had at least a decently strong internet connection, students could visit those locations in their cars."

JTM Broadband was awarded $736,329 to deploy approximately 62 miles of cable in Colbert and Lawrence counties. The goal is to provide high-speed internet connection to more than 1,200 residents, 31 businesses and seven "community anchors," such as public buildings, fire stations, schools and community centers.

IN OTHER NEWS: Should schools named after Confederate generals change their names