Lawyers say Nigel Shelby, who took his life in 2019, was discriminated against by both students and staff at Huntsville High School. 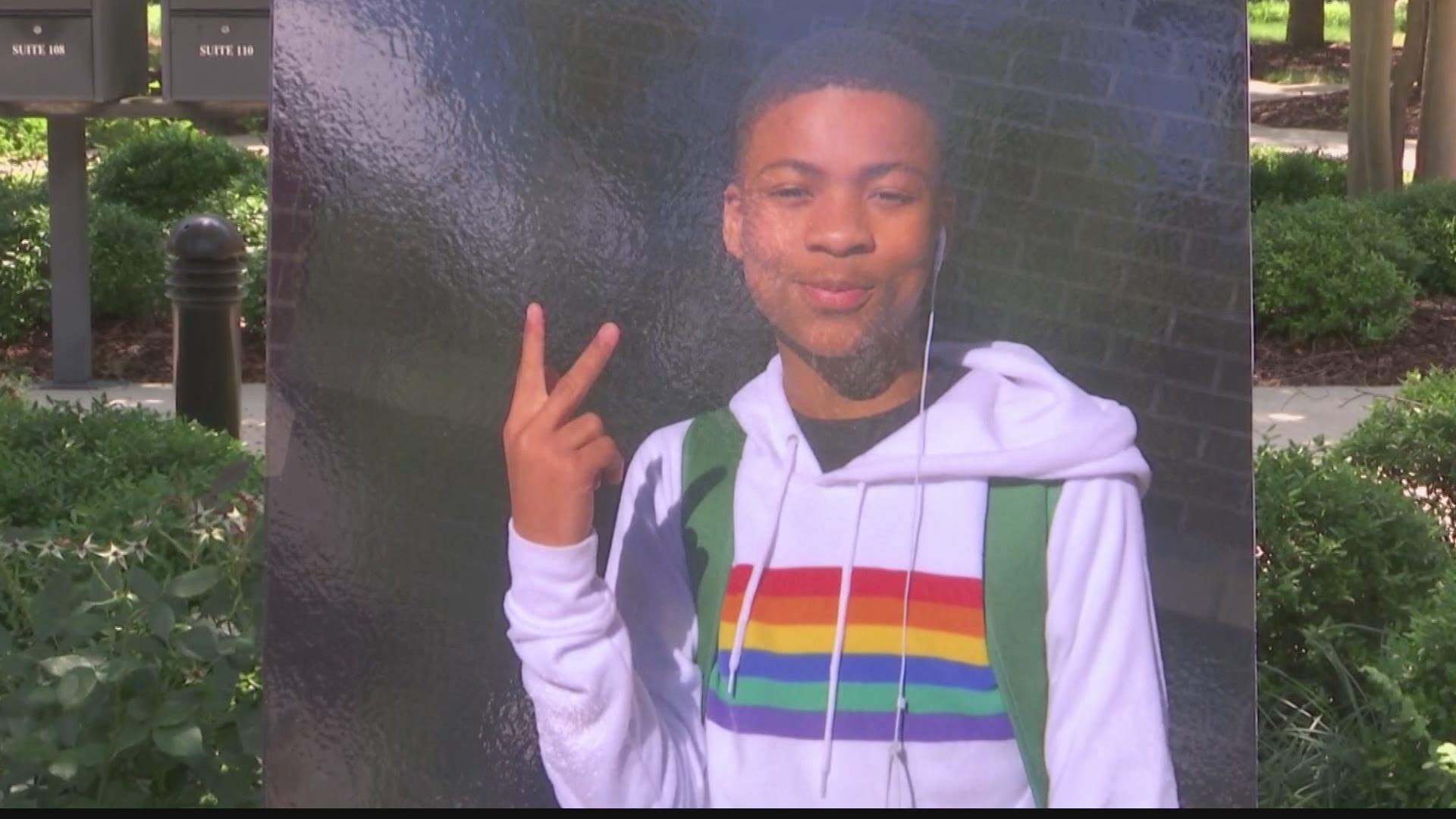 HUNTSVILLE, Alabama — The parents of 14-year-old Nigel Shelby, Camika Shelby and Patrick Cruz, announced Tuesday they are suing Huntsville High School, Huntsville City Schools and the City of Huntsville for the wrongful death of their son.

Nigel Shelby, who was a freshman at Huntsville High School, committed suicide on April 18, 2019, after being bullied for his race and sexuality.

The lawsuit is being filed based on Title IX and Title VI violations. Lawyers say Nigel Shelby was discriminated against by both students and staff.

"He's my son and I love him," said Nigel's father, Patrick Cruz. "He shouldn't have had to be treated like that and to be neglected."

Camika Shelby, the mother of Nigel Shelby, says she called the school several times to check in on her son and was told everything was fine.

"All of this stuff was going on, and I had no idea. It hurts even worse because as a parent you want to do everything you can to protect your kids," said Camika Shelby.

Lawyers say Nigel Shelby endured both physical and verbal bullying from his peers.

RELATED: Remembering the life and legacy of Nigel Shelby

Rand says the bullying was not an isolated incident and that he was bullied not only in school but also on social media.

"There was a long pattern of bullying and discrimination against Nigel Shelby by other students for months and months at this school and it dragged on for an extended period of time," said Rand.

Lawyers say when Nigel Shelby sought help from the Freshman Academy Principal, Jo Stafford, she told him that his sexuality was his choice.

"In addition, she told him to make him feel better he could dance to 'black people' music and turned on music in her office in the presence of other children and mocked him as if holding her own minstrel show in her office, which is an obvious act of racial discrimination," said Rand.

Lawyers say the school was aware that Nigel Shelby was suicidal long before his death.

"Immediately after Nigel unfortunately passed, Jo Stafford called Mrs. Camika Shelby and told her that she could find a suicide note in Nigel's backpack," said Rand.

Huntsville City Schools says Stafford is no longer employed by the district.

In Alabama, there is no law protecting LGBTQ+ students. The lawsuit is being filed in hopes of policy changes and for new and existing guidelines to be enforced.

Rand said, "They didn't report as they should have when they had direct knowledge that Nigel Shelby was suicidal."

The lawyers for this case say they hope to see a change in Alabama and across the nation.

RELATED: People in Huntsville speaking out against LGBTQ bullying

The school system says they are focusing on following their policies already in place.

Huntsville City Schools Chief Communications Officer Craig Williams said, "Pillar two, in particular, is focused on the social and emotional needs of students and making sure that we provide them with mental health support, social workers, and things like that for any time a student is seeking support we can ultimately do everything we can to help."

In anticipation of the lawsuit, Huntsville City Schools released the following statement:

The district wishes to remind students, families, and staff members of the longstanding resources in place to support students. At the district level, pillar two of the district's strategic plan is Whole Student Development. This pillar includes resources dedicated to supporting the social and emotional needs of students. These include feeder-pattern social workers, licensed mental health professionals, and frequent professional development for staff on topics including: culturally responsive instruction; equity and inclusion; and suicide prevention.

Consistent with the district’s Core Values, HHS has a strong Gay-Straight Alliance (GSA) in place to provide support to LGBTQ+ students, and the district has partnered with GLSEN and the Anti-Defamation League to support its schools and students.

Additionally, the district encourages all students to utilize these resources and to speak with a trusted adult at their school if they are experiencing thoughts of suicide.

WZDX News was first to report on the death of Nigel Shelby when members of Tennessee Valley Rocket City Pride raised money to help pay for his funeral. You can view the original story here.