Bugler Robert Slamp played Taps at 11:00 a.m. at the Huntsville Madison County Veterans Memorial to remember the nation's veterans who have passed away. 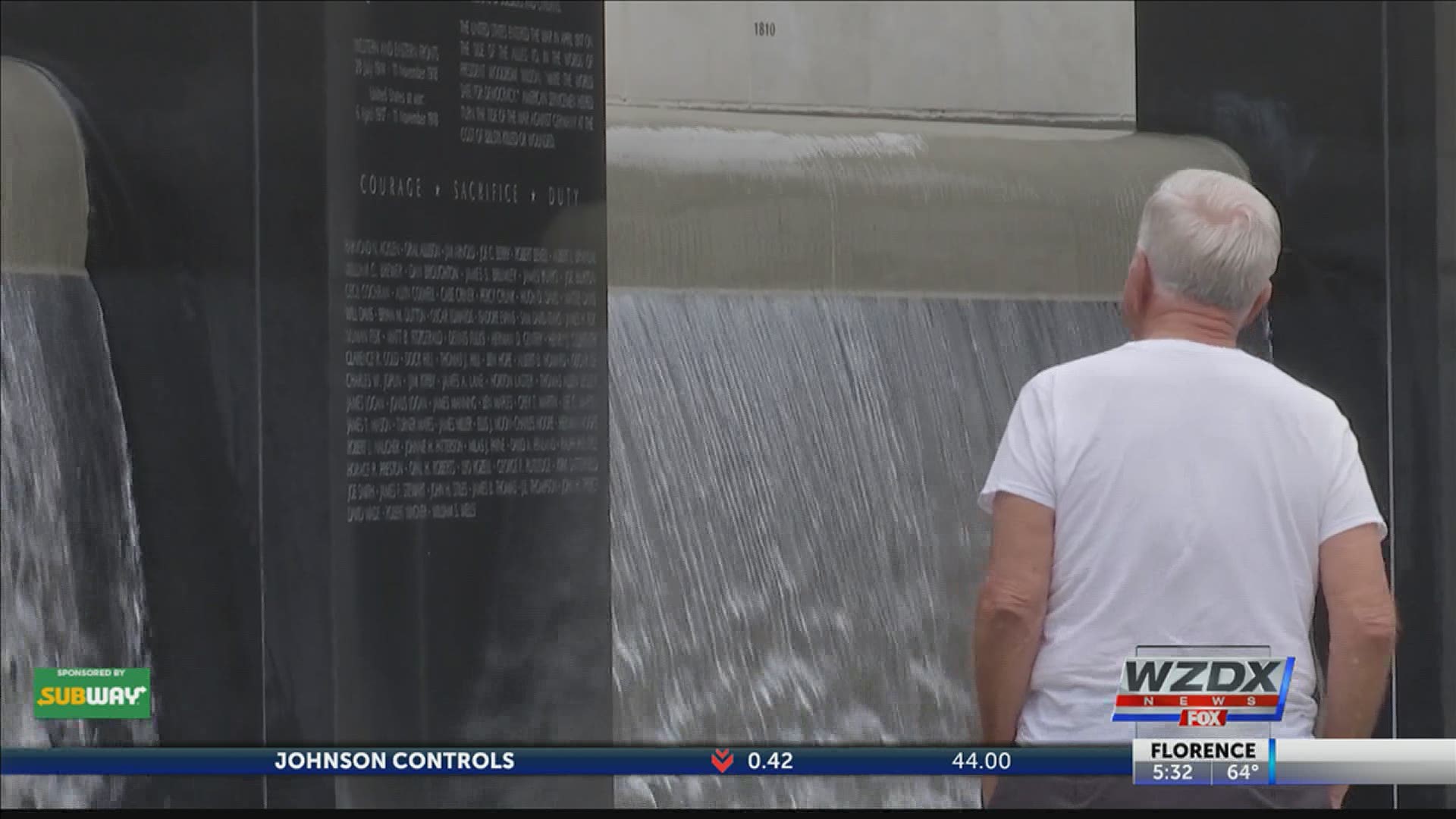 HUNTSVILLE, Ala. — The pandemic cancelled Veterans Day parades and events, but that didn't stop people in the Tennessee Valley from taking time to recognize U.S. Veterans.

Bugler Robert Slamp played Taps at 11:00 a.m. at the Huntsville Madison County Veterans Memorial to remember the nation's veterans who have passed away.

"Veterans day is actually a day to honor veterans. It isn't necessarily about memorial," said Slamp. "But playing Taps is kind of part of that to remember those who have gone before."

Many veterans visited the memorial to reflect on their own experiences.

Retired U.S. Air Force Sergeant Mike Klempin said, "It means a lot to be a veteran, and I'm proud to have served, especially in my every day work environment now. I run into other veterans and we talk about our time in training and where we were stationed at."

Even children took time to honor the veterans closest to them.

Ledon Clark is a U.S. Navy Veteran. He brought his son, Duran, to the Huntsville Madison County Veterans Memorial to celebrate Veteran's Day.

"Since my dad served, I want to look up to him, and always want to be like him and join the military when I get older," said Duran.

"He liked serving this country, so we got this brick for him one year for Christmas," said William. "We used to walk in the parade, and he would wave to all the kids and we would walk all the way around the school."

If you're looking for a way to honor veterans, think about volunteering.

"Try to contact maybe an American Legion office or a VFW office and see if you can volunteer and maybe help these veterans do a little yard work, maybe do some work around the house or even just visiting with them and having a cup of coffee for a veteran, because a lot of them are very lonely," said Klempin.