Buckle up! Monster Jam is back in Huntsville

Monster truck drivers are excited to be back in Huntsville after shows were canceled during the pandemic last year. 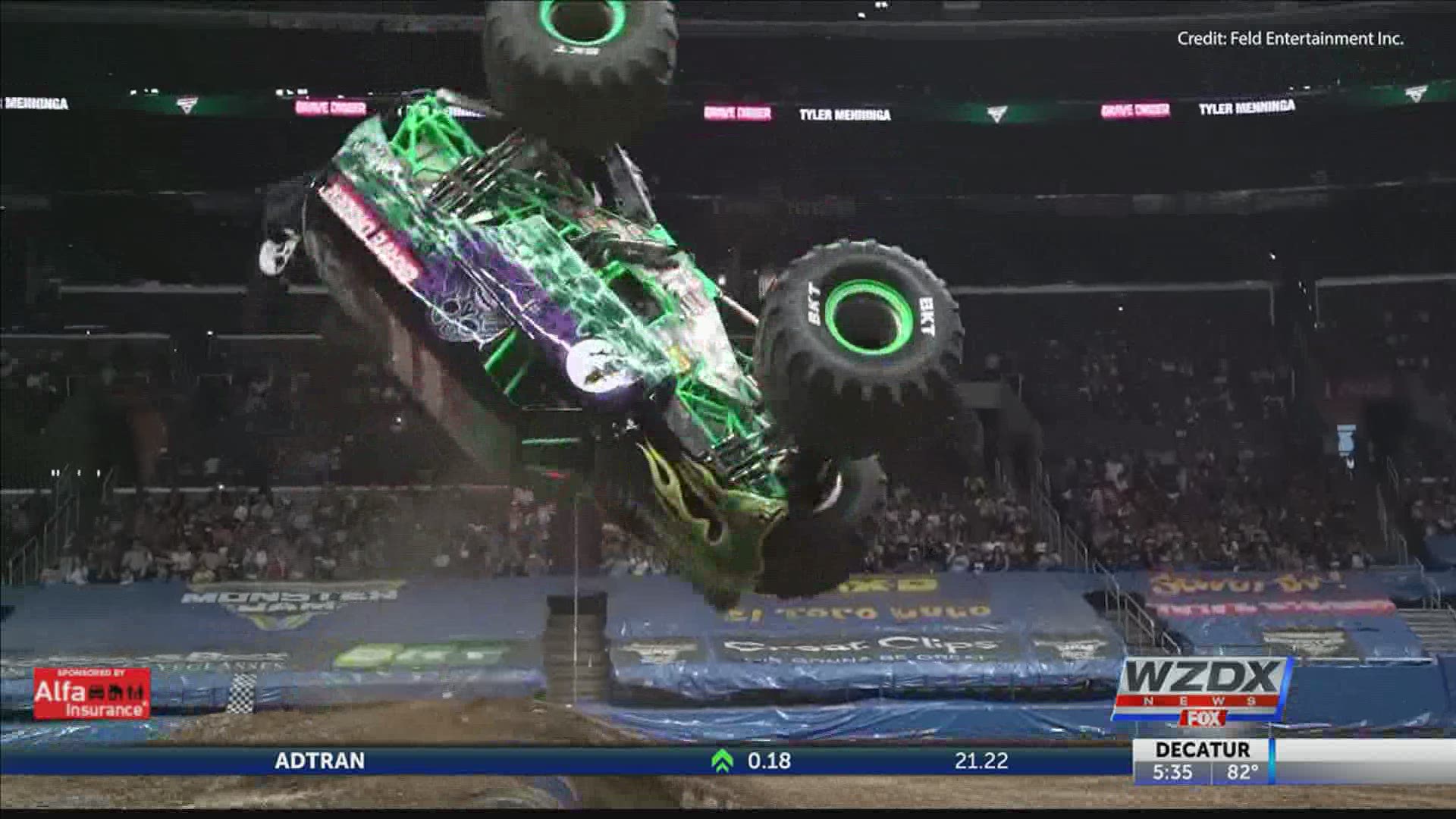 HUNTSVILLE, Ala. — Monster Jam has been coming to Huntsville for years, and they are back this weekend until Monday, June 28, at the Von Braun Center Arena.

According to Monster Jam's website, the show is said to be the most action-packed motorsport event on four wheels.

The driver of "Grave Digger", Krysten Anderson, said it's an event the whole family can enjoy.

"You are going to [be] so up close and personal with trucks jumping 20-30 feet in the air doing some pretty amazing tricks," said Anderson.

Her family is filled with monster truck drivers. Many know her father, Dennis Anderson, who was the originator of "Grave Digger".

"Grave Digger" has been around since the 1980s and is still recognized all across the world.

"I think my favorite reaction is probably getting moms and dads out of their seats because I think they come to the event thinking that this is going to be so great for the kids and then they find themselves getting so caught up in the competition and in the entertainment which is great," said Anderson.

The action-packed show has four phases including head-to-head competitions.

The show has added a new phase of the competition where drives can share their skills.

"We are going to come out and do some pretty amazing tricks we are going to balance them on their nose for over thirty seconds we will jump them into the air and will ride wheelies with them I know it doesn't look athletic but this truck can balance like a ballerina," said Anderson.

The show will be here till Monday, June 28.