Brindlee Mountain Primary School teachers were forced to move schools after their classrooms were ravaged by an EF2 tornado on January 11, 2020. 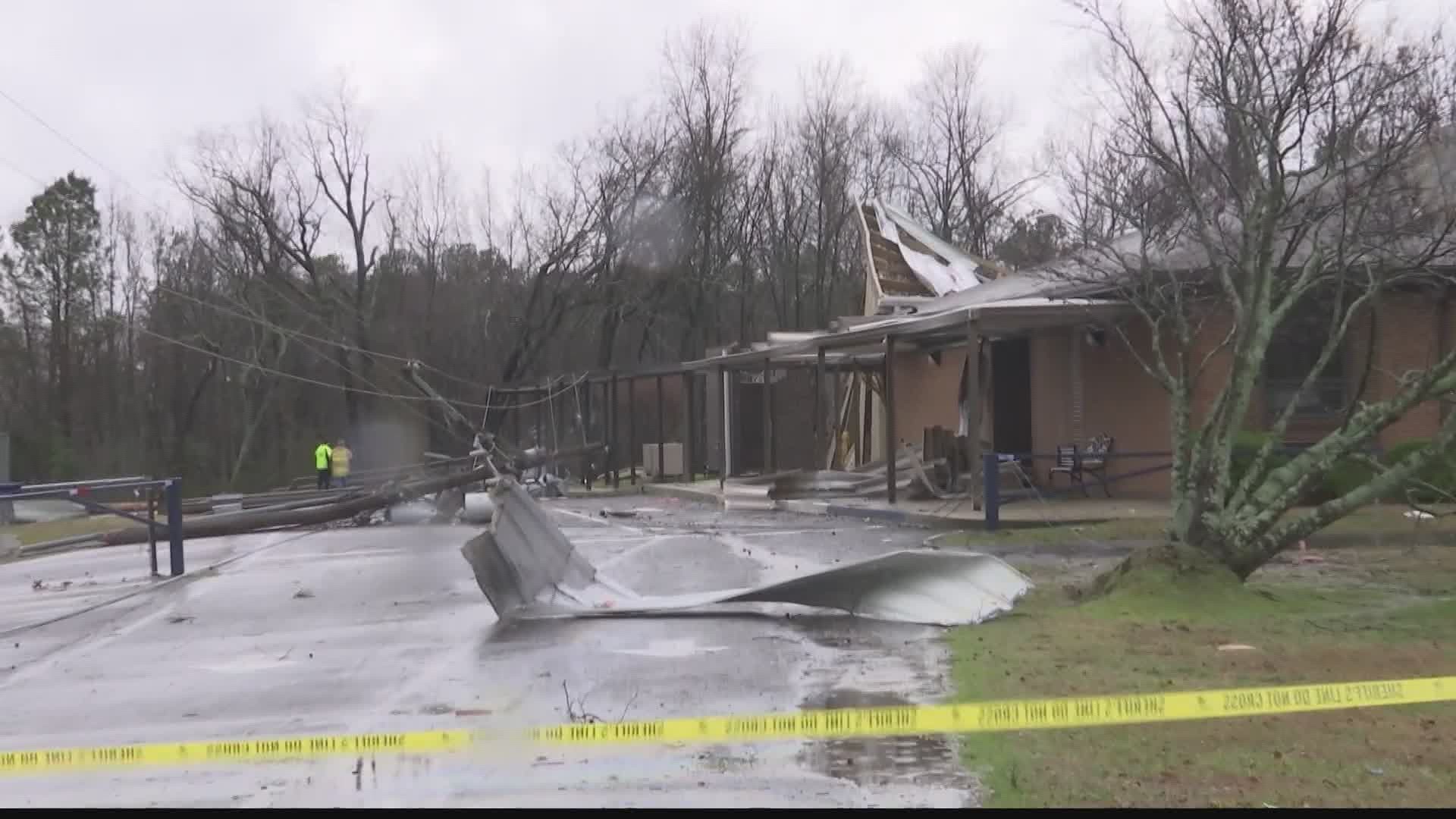 Teachers and staff were forced to overcome the challenge of moving schools after the lunchroom and classrooms at their school were ravaged.

Kindergarten teacher, Morgan Garrison, was hunkered down in her home taking shelter when the tornado hit.

She says she had a feeling that something bad was going to happen. She thought her home might be damaged, but she never imagined her classroom would be completely wiped out.

RELATED: Tornado damage in Union Grove: Community comes together to clean up

It was Morgan's first year as a kindergarten teacher at Brindlee Mountain Primary School. She had just decorated and organized her room in July, but her classroom was one of five completely destroyed.

"I couldn't get in my room because my teacher friend's room was actually on top of mine," said Morgan. "I had to stand in her room, which it was just the slab. I was standing there and looking back into my room, and all I could think was thank God we were not here because none of us would have made it."

There is now just a concrete slab where Morgan's old classroom once stood.

Morgan said, "I drove out there and a few of my teacher friends were already out there, and that's when it really hit, like okay it's really gone."

Because of the damage, students in grades kindergarten through second grade were moved to the Brindlee Mountain Middle School. Shortly after the tornado, the community came out and helped move in desks and supplies.

In just two weeks, Morgan and the other primary school teachers set up their new classrooms and began teaching again.

"When I say our community is fantastic, I mean that with everything in me," said Morgan.

Just when things were looking up, Morgan was faced with another obstacle. Just a few months after the tornado, the COVID-19 pandemic hit North Alabama.

"Teaching during a pandemic is completely different," said Morgan.

Despite all the challenges she's faced, Morgan says she loves her job more than ever.

"My word for 2020 was growth, and man did God grow me," said Morgan. "I have just grown as a teacher. I've learned to do things I probably would have never done like teaching kindergarten on Zoom. It is as crazy as you would think it is, but it's so much fun!"

Morgan says she is grateful for the community support after the tornado and only asks for continued prayers for her and her school.