A homicide investigation underway after a male, age 20 to 30, was found at an open area on Oakwood Road. 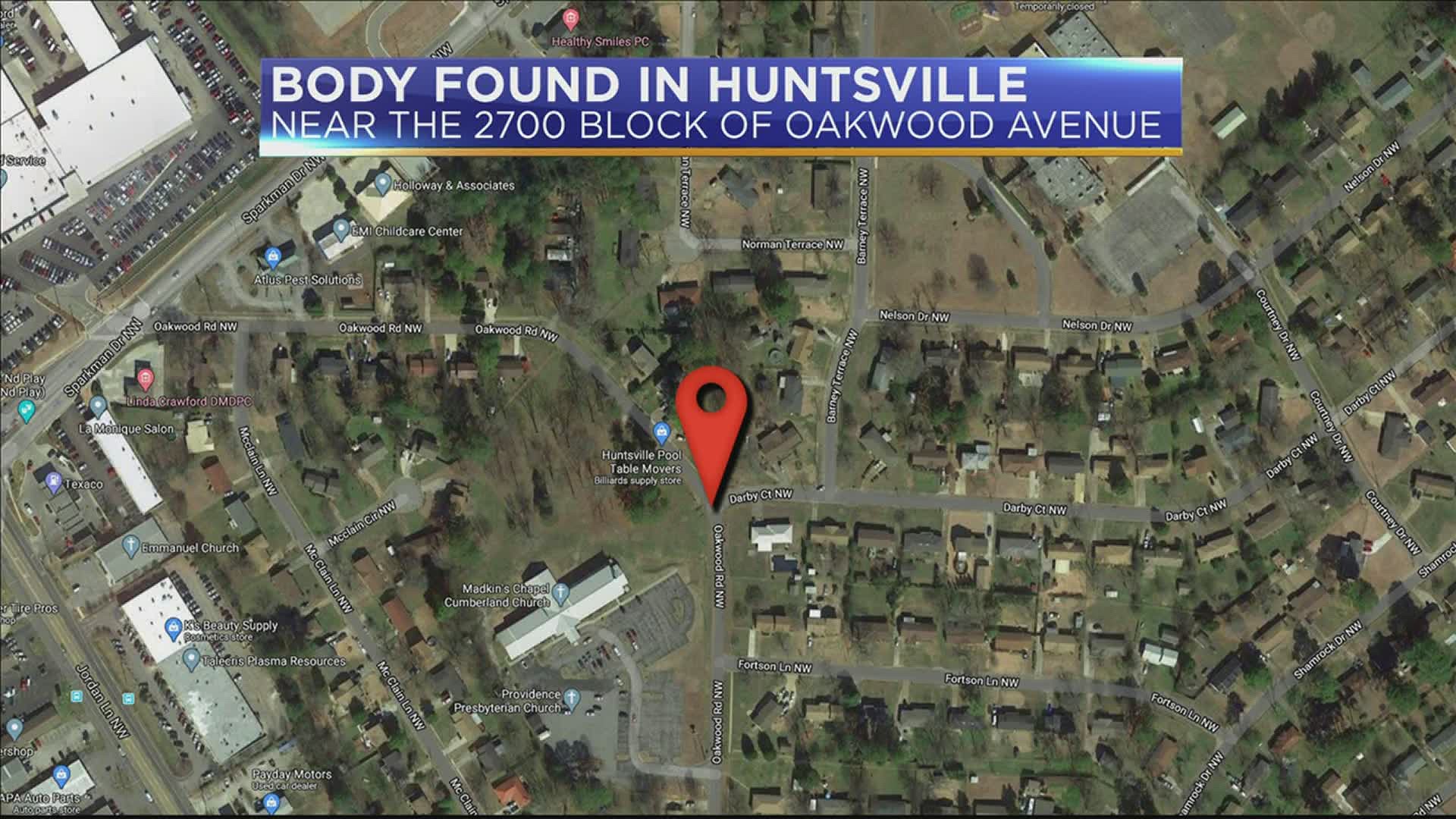 HUNTSVILLE, Alabama — The Huntsville Police Department responded to the 2700 block of Oakwood Road at approximately 8:30 a.m. in reference to a body found in a nearby grassy area.

According to police, a male, age 20 to 30, was found at an open area at this location. Police did not release the specific manner of death and an investigation is underway.

Police ask that anyone with information about the case call the HPD Major Crimes Unit at 256-213-4532.

This is a developing story that will be updated as more information is revealed.