The two were in for the fight of the century with the prehistoric fish -- one that lasted nearly half an hour. 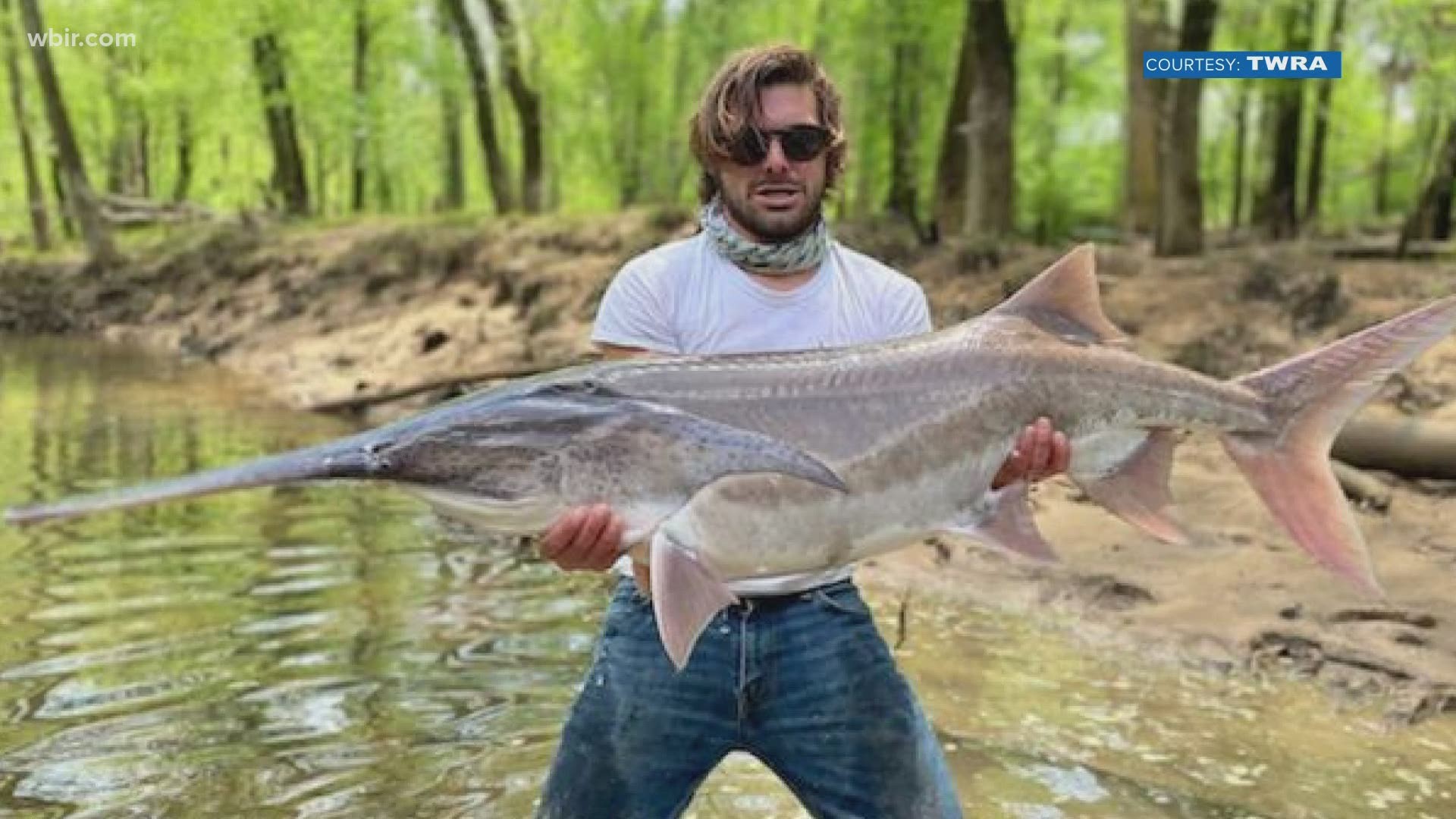 NEW MIDDLETON, Tenn. — Two friends worked together to reel in the catch of a lifetime on the Caney Fork River in Middle Tennessee recently!

The two were in for the fight of the century with the prehistoric fish -- one that lasted nearly half an hour. The friends towed the hooked fish around in the boat for nearly half a mile before it tired and they landed it.

The 5-foot-long fish weighed in at 55 pounds!

After quickly taking a few pictures, the two released the protected fish back into the river unharmed. You can learn more about angling rules in Tennessee at this link.

The TWRA said the American Paddlefish can grow even larger and weigh as much as 200 pounds. The fish can be found anywhere along the Mississippi River Drainage and they generally swim in larger rivers like the Tennessee and Cumberland rivers.