The president could face a second round of impeachment hearings, though Colorado Sen. Michael Bennet thinks the 25th Amendment would be more efficient. 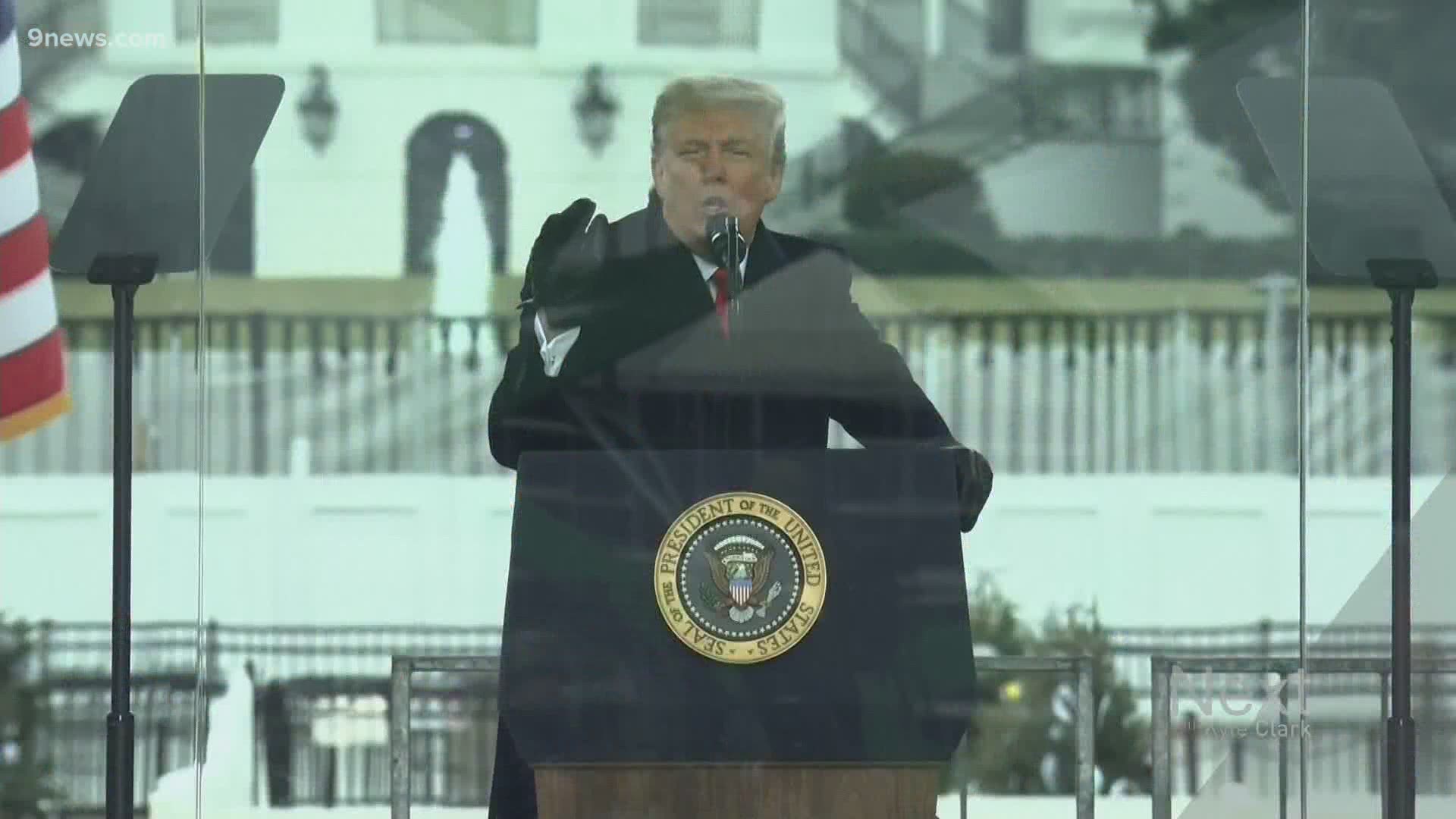 DENVER — Sen. Michael Bennet (D-Colo.) believes that President Donald Trump should be removed from office through the use of the 25th Amendment, and doesn't believe that the 12 days remaining in Trump's term is enough time for Congress to consider impeachment.

"We're also studying this question about whether or not he can actually be impeached after he leaves because, I think, the most important question here is how to hold him accountable for what he did," Bennet told 9NEWS political reporter Marshall Zelinger.

Bennet voted to convict Trump earlier this year, after the House approved articles of impeachment for abuse of power and obstruction of Congress.

He tweeted support of the 25th Amendment on Thursday.

I believe the president is unfit for office and the administration should invoke the 25th Amendment.

"I think it's very unlikely given the way [Vice President] Mike Pence has approached it and the general chaos that is happening in the administration," said Bennet.

RELATED: Steps to invoke the 25th Amendment against a president

RELATED: VERIFY: If President Trump gets impeached and convicted or removed by 25th Amendment, can he run again?

A former presidential candidate, Bennet will be up for reelection in 2022. Is he tired of the Senate and does he still think it's broken?

"I don't think that any person looking fairly at my record or what I've been doing would say that I ever got tired of being in the Senate. I'm tired of the Senate being a dysfunctional institution. I believe that I developed enough experience there to understand why it doesn't work and how we can fix it. I think this was a very proud moment for the Senate this week, actually, as we rejected the tyranny of Donald Trump and [Republican Sen.] Ted Cruz and [Republican Sen.] Josh Hawley, and I hope we can build on this," said Bennet.

He said he saw evidence that the Senate can come together after being taken into a secret room during the Capitol breach on Wednesday.

"We were all taken to a room together, and in a divided body like ours, there was absolute unanimity that the most important thing we could do was go back to that floor as fast as we could and complete our work, so the rest of the world could see an image of the Democracy working as opposed to the images that had been seeing all day," said Bennet.