Firefighters on the scene said three houses collapsed in the explosion. 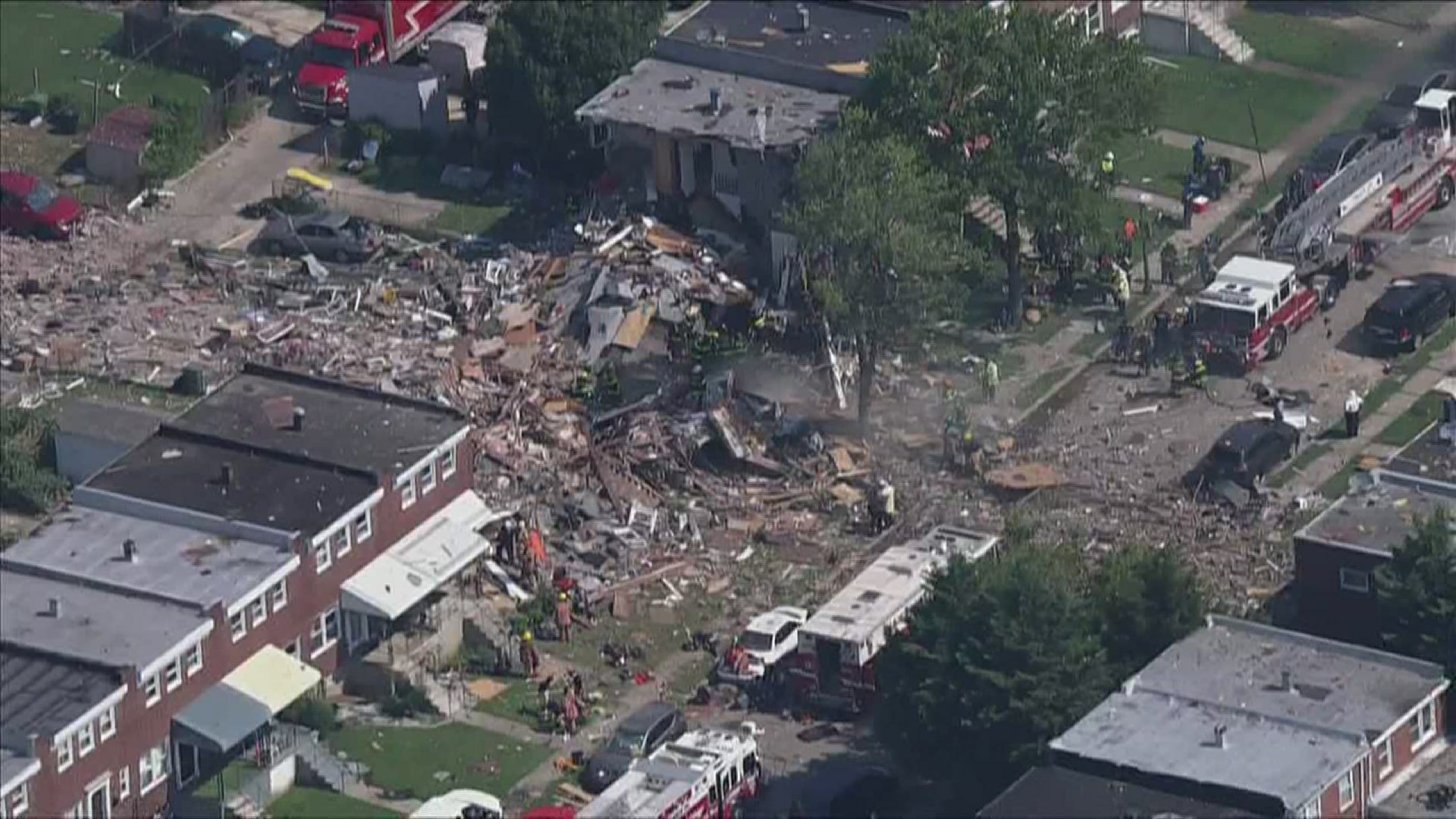 PIKESVILLE, Md. — Firefighters combing through the rubble following an explosion in Northwest Baltimore on Monday morning found another person dead just before 1 a.m. on Tuesday, bringing the death toll from the blast to two.

The search for survivors and additional victims continued Tuesday.

The Red Cross was also working one-on-one to help those whose houses were destroyed, family members hurt, or loved ones lost, CBS affiliate WJZ reported.

Firefighters and other first responders were called to the the scene of an explosion in the 4200 blocks of Brookhill Road near the Reisterstown Road Plaza in Pikesville, Maryland just before 10 a.m. Monday, according to CBS affiliate WJZ.

Firefighters were on scene conducting rescue operations for several people trapped after at least three houses exploded and collapsed, according to firefighters. 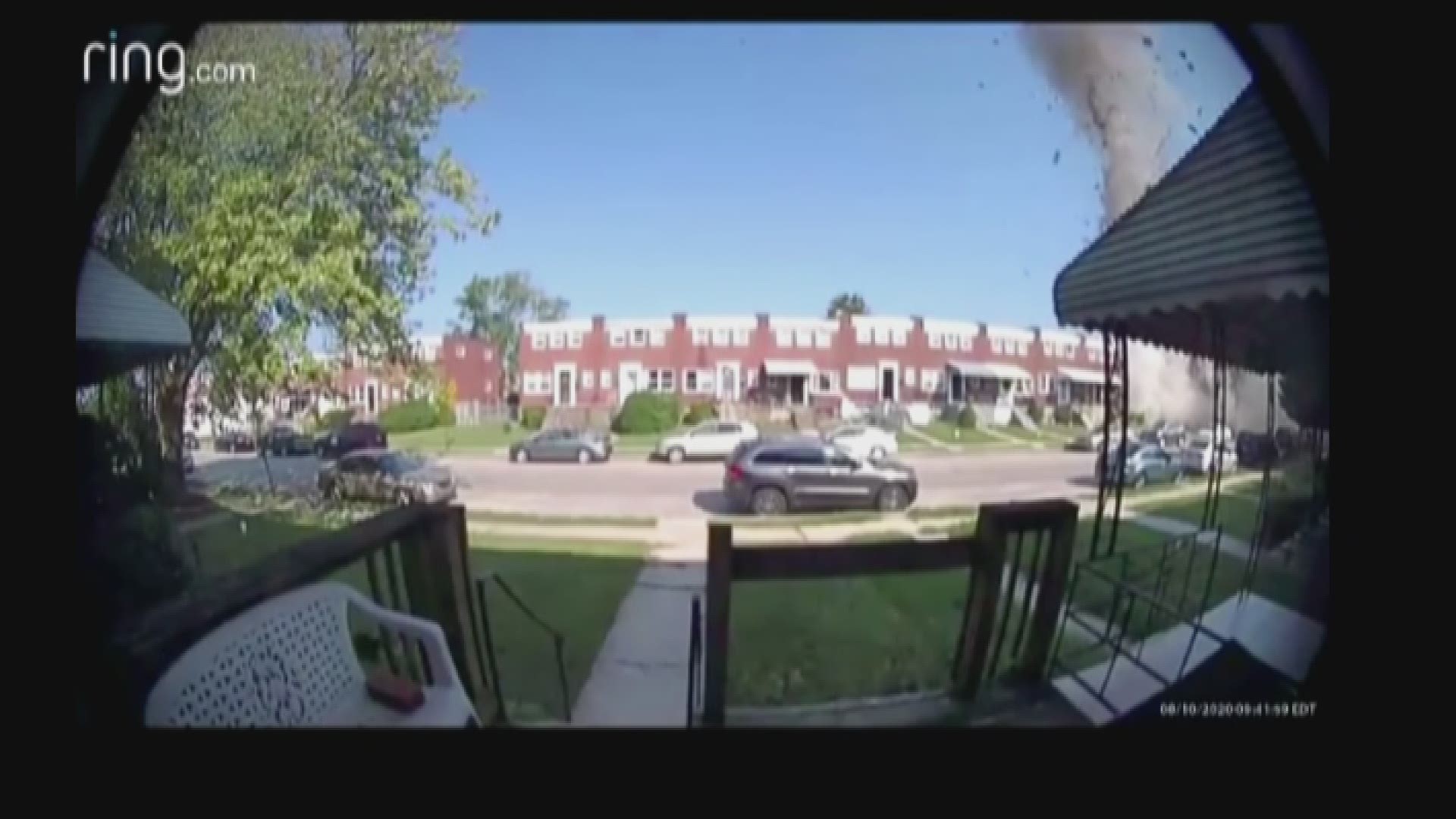 Emergency crews described the scene as a "major incident."

Large equipment was also being brought in to help move the debris out of the way. On August 12, Baltimore Fire identified the seven people transported, with one remaining in critical condition, two in stable condition, and the rest discharged from local hospitals:

W. Baltimore explosion update: So far 7 people transported & 1 person confirmed dead. We will we will provide updates as they become available.

Baltimore County and Howard County fire crews are assisting Baltimore city fire with the search and rescue operation. Baltimore Gas & Electric is on the scene and the gas is being turned off in the immediate area, according to WJZ.

BGE crews are investigating what caused the explosion as the official cause is unknown at this time.

Rescuers are communicating with one person still trapped. #BCFDSRO Special Rescue Operations Team is working to get to the person.

One person has been pronounced dead on scene. @baltimoreoem & @MyBGE are on scene as well. pic.twitter.com/7tTyqOcMC3

Eyewitnesses told WJZ they could hear a large boom and felt the ground shake.

“I heard a kaboom and I thought it was a car or something and when I came out, I seen the debris and something’s gone, totally gone,” one woman told WJZ.

Nearby residents are all out of their homes, sitting in the shade, shaken by what they just experienced. Residents are wearing masks to protect others from COVID-19, trying to stay safe while helping their neighbors, according to WJZ.

We are closely monitoring the situation in northwest Baltimore following this morning’s horrific explosion. We have reached out to offer our full support to the ongoing response and recovery efforts, and are deeply grateful to the first responders on the scene.

“This morning, an explosion destroyed three homes in the Reisterstown Station neighborhood in northwest Baltimore. First responders are still performing rescue operations, and several victims have been transported to area hospitals. So far, we know that the explosion has taken one life. Our prayers are with the victims and all those affected by this tragedy.”

“The Office of the State Fire Marshal, the Maryland Emergency Management Agency, and the Maryland Public Service Commission are all assisting on the ground. We continue to offer the State of Maryland’s full support to local officials.”

First responders are still performing rescue operations, and several victims have been transported to area hospitals. So far, we know that the explosion has taken one life. Our prayers are with the victims and all those affected by this tragedy. https://t.co/JDObKp4cAf

The American Red Cross is on the scene to help with any displaced residents and to hand out water.

RELATED: 'Words can't explain who he was' | Mother of DC teen killed at block party mourns

RELATED: 'I know this is not the only child, nor will be the last child' | Family of 17-year-old SE shooting victim speaks out