Mayor Ronnie Marks says, “Our growth rate in the past few years is 25.1 percent. That’s unheard of in many places.” 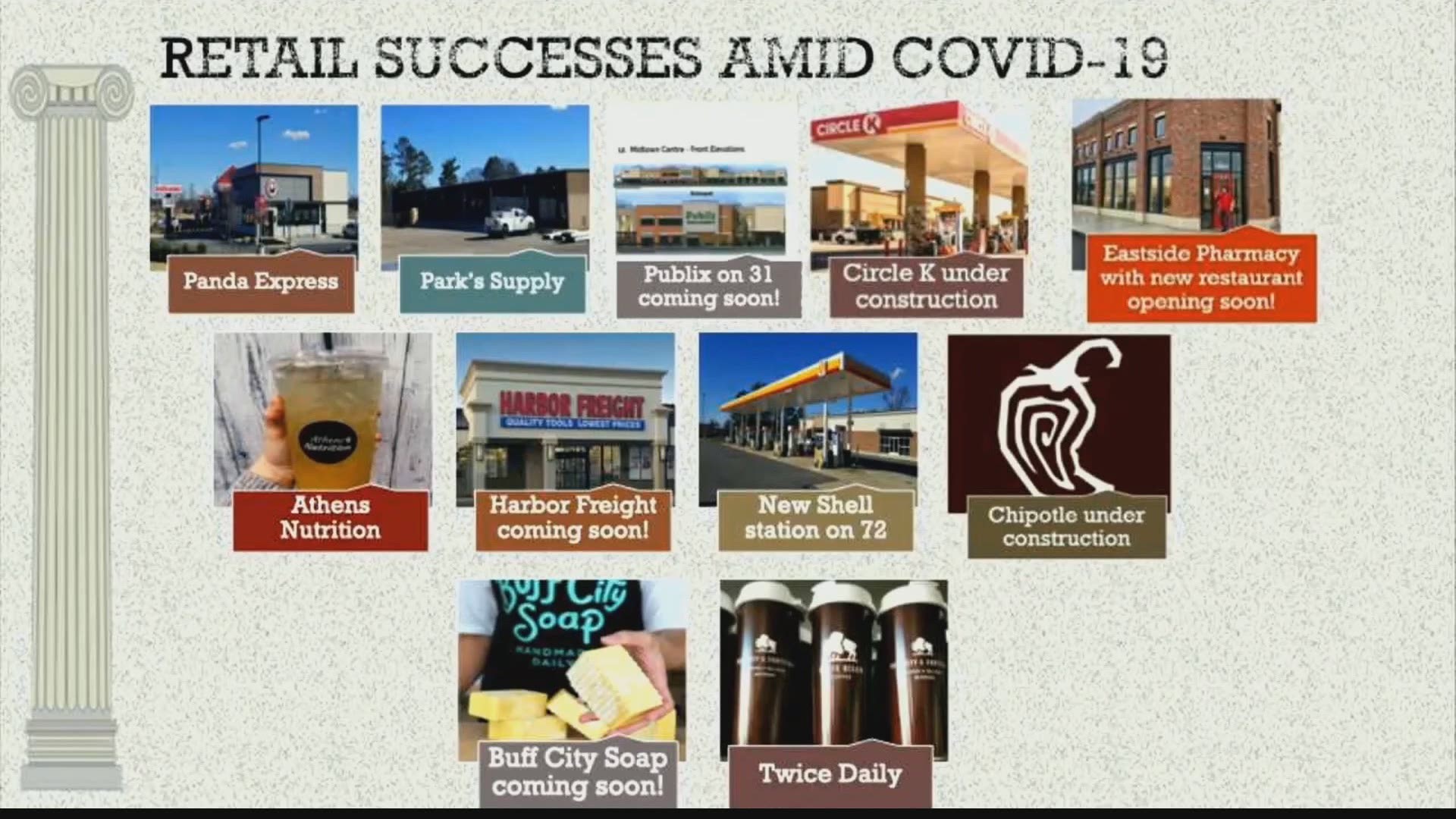 ATHENS, Ala. — It's no secret, North Alabama is growing! More businesses and residents are finding their way to the Tennessee Valley, even in the midst of a pandemic.

Thursday, Athens Mayor Ronnie Marks gave the ‘State of the City’ update and you might be surprised by just how quickly the city is expanding.

Mayor Ronnie Marks says, “Our growth rate in the past few years is 25.1 percent. That’s unheard of in many places.”

During the virtual presentation, Mayor Marks says Athens’ potential is exceeding expectations in the already developing Tennessee Valley. He adds, “Some of our sister cities around us are growing at 1, 2 percent. Madison and Huntsville, as you know, are growing at like 13 percent and nine percent.”

Athens has a 32.5 million dollar general budget this year. We’re told the city has been working on a 'master plan' to get ready for all the new residents and businesses. Four thousand new housing units have already been approved. Mayor Marks says, “...We’re going to have another 8,000 people in population. What does that mean? It means we have to plan.”

Plans are in place to improve the city's utility systems. Mayor Marks says the sewage system needs to expand. He says, “... That’s almost 8 million dollars of money that needs to be looked at for the sewers to provide for the growth. That’s money up front  that needs to be spent to kind of bet on the revenue on the back end.”

Mayor Marks tells the public, “For our police department, we increased our base salary by 6,000." He adds, “Fire Department went up up by 6,000.”

And Mayor Marks says electric crews, who spring into action after storms, could be next for a pay raise.

A moment was taken to thank the city's health workers at Athens-  Limestone Hospital. Who thanks the community right back. Tracy Collins, CEO of Athens- Limestone Hospital says in a video presentation, “The way our community came together to support staff is unbelievable.

Of course, the highly anticipated opening of Mazda Toyota facilities in September is expected to send the economy of the entire Tennessee Valley to the next level.

Buc-ee’s is coming to Athens-- it’s the second location in the state. The convenience store is investing 35 million dollars and bringing at least 170 jobs right along with it.

Industrial companies like SAIA and Indorama are bringing in new jobs and expanding.

A brand new Publix off of Highway 31 is causing buzz. And you can expect to see a new Chipotle, Panda Express, and Athens Nutrition soon!

Mayor Marks says, after listening to the city’s ‘Youth Commission’, one thing you can expect to see is more parks and green space moving forward.

RELATED: Where can I get a COVID test?