"I wanted to bring notice back to the people who this is really all about, it's the older people. They were kind of forgotten about and they were the most affected." 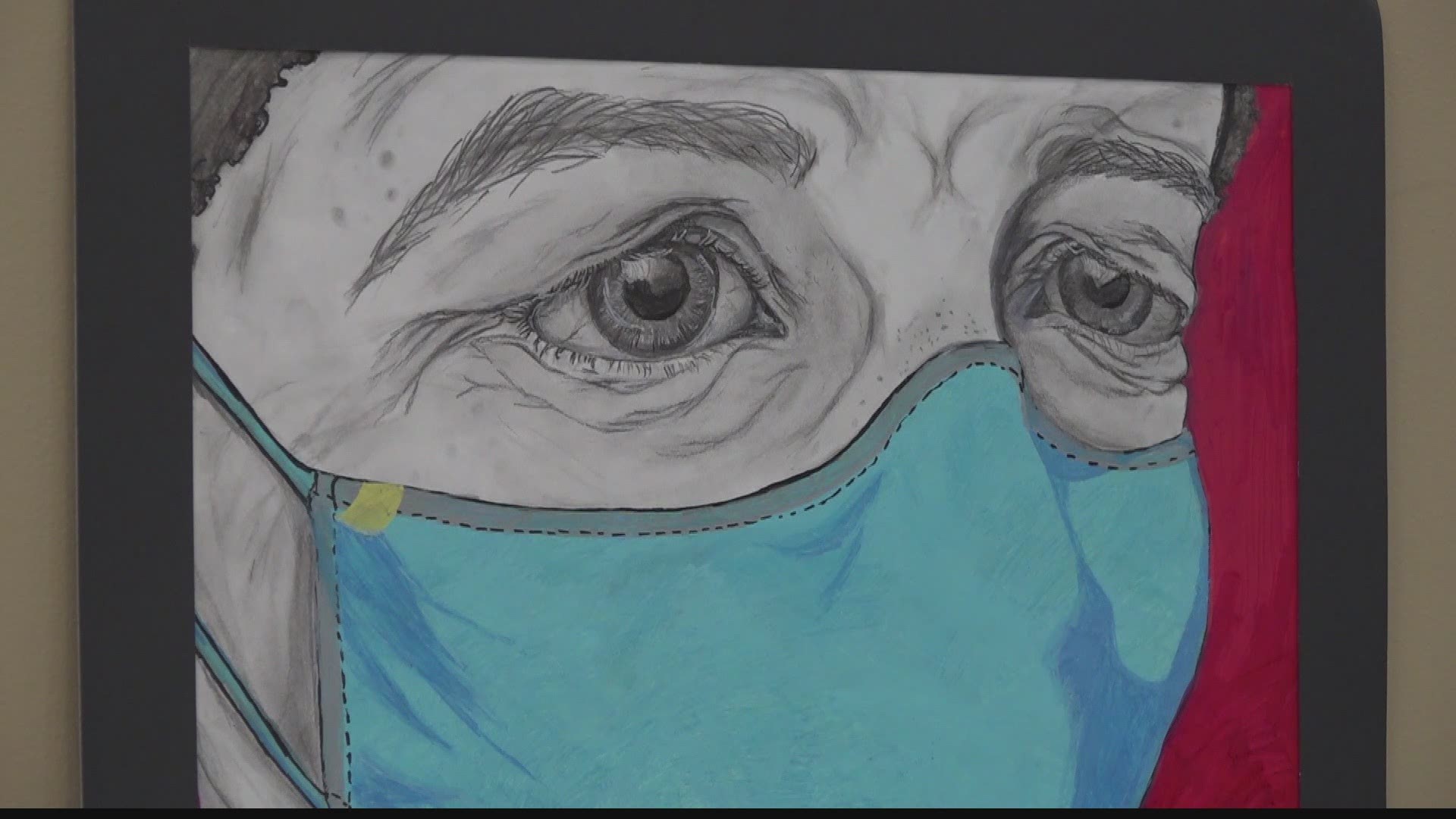 Her artwork was a mixed media piece called "American Nightmare", which shows an elderly person wearing a mask.

"I wanted to bring notice back to the people who this is really all about, it's the older people. They were kind of forgotten about and they were the most affected. And I felt like focusing on that was an important part of capturing what this time was about."

Copeland's artwork will hang in the U.S Capitol for the next year and she will travel to Washington this summer for the national ceremony.

She also received a $12,000 scholarship to the Savannah College of Art and Design.

The Alabama Center for the Arts announced Tuesday the return of its free summer arts program for high school sophomores, juniors and seniors.

"The Project" is a two-week program that aims to expose high school students to a variety of visual and performing arts.

Participants will be taught stop motion animation, encompassing sculpture, puppetry and sound effects. Additionally, participants will learn how to create short animated pieces from their content.

The camp is overseen by faculty from Calhoun Community College and Athens State University. The two-week program is scheduled to take place from June 14 to June 18 and June 21 to June 25.

Applications must be submitted by April 15, 2021. Applicants must submit a letter of recommendation, samples of their work and a 500 word essay describing their view of the value of arts in contemporary society.

More information and an online application can be found on the center's Facebook page.