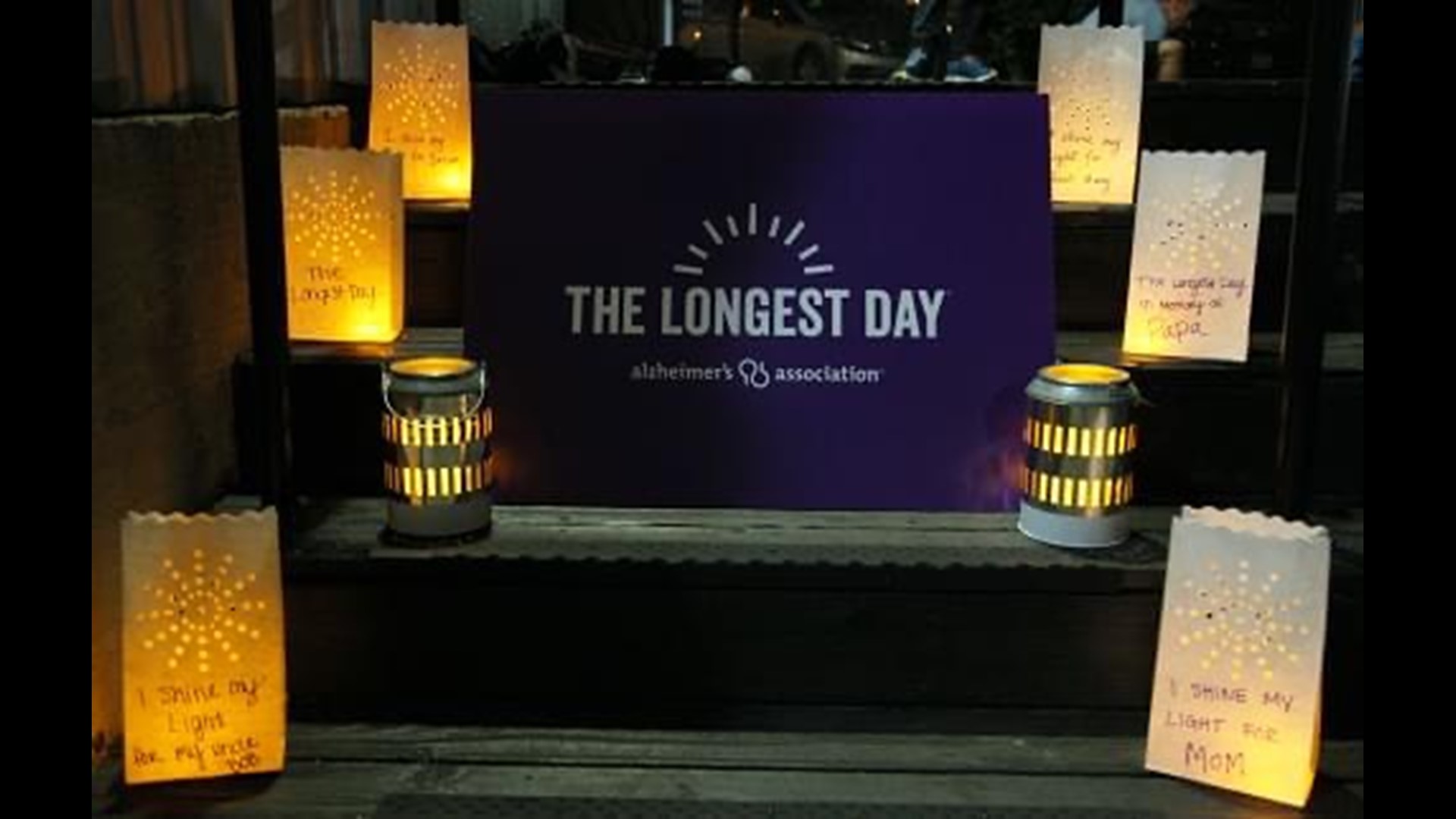 HUNTSVILLE, Ala. — December 21 marks the darkest day of the year, the Winter Solstice. In Alabama, volunteers will join thousands of advocates across the world in lighting purple luminaries dedicated to those impacted by Alzheimer’s and related dementia.

The luminaries are part of the Alzheimer’s Association’s annual awareness and fundraising campaign, called The Longest Day, which aims to activate communities to fight the darkness of Alzheimer’s.

RELATED: People in Huntsville aren't letting the pandemic stop them from celebrating a very special man

Event volunteers say there is still a lot of research to be done and awareness to be raised.

Alzheimer's directly affects those who have the disease, but it also indirectly effects their loved ones as well.

“When I was seven years old my Papaw was diagnosed with Alzheimer’s disease,” said Webb. “At seventeen I saw the warning signs in my Gran. I shine my light to end Alzheimer’s for my family, who has been affected by this disease for generations. "

Webb says bringing awareness to the disease is one of the first steps in moving forward in bringing change to the way the disease is treated. Bringing awareness to Alzheimer's is important everywhere but especially in Alabama, because Alabama has the highest death rate in the nation from Alzheimer’s and other dementia. There are currently over 95,000 in the state of Alabama living with Alzheimer's disease.

There are many ways to support the mission of the Alzheimer's Association, and specifically The Longest Day Winter Solstice.

RELATED: Hundreds at Walk to End Alzheimer’s in the Shoals