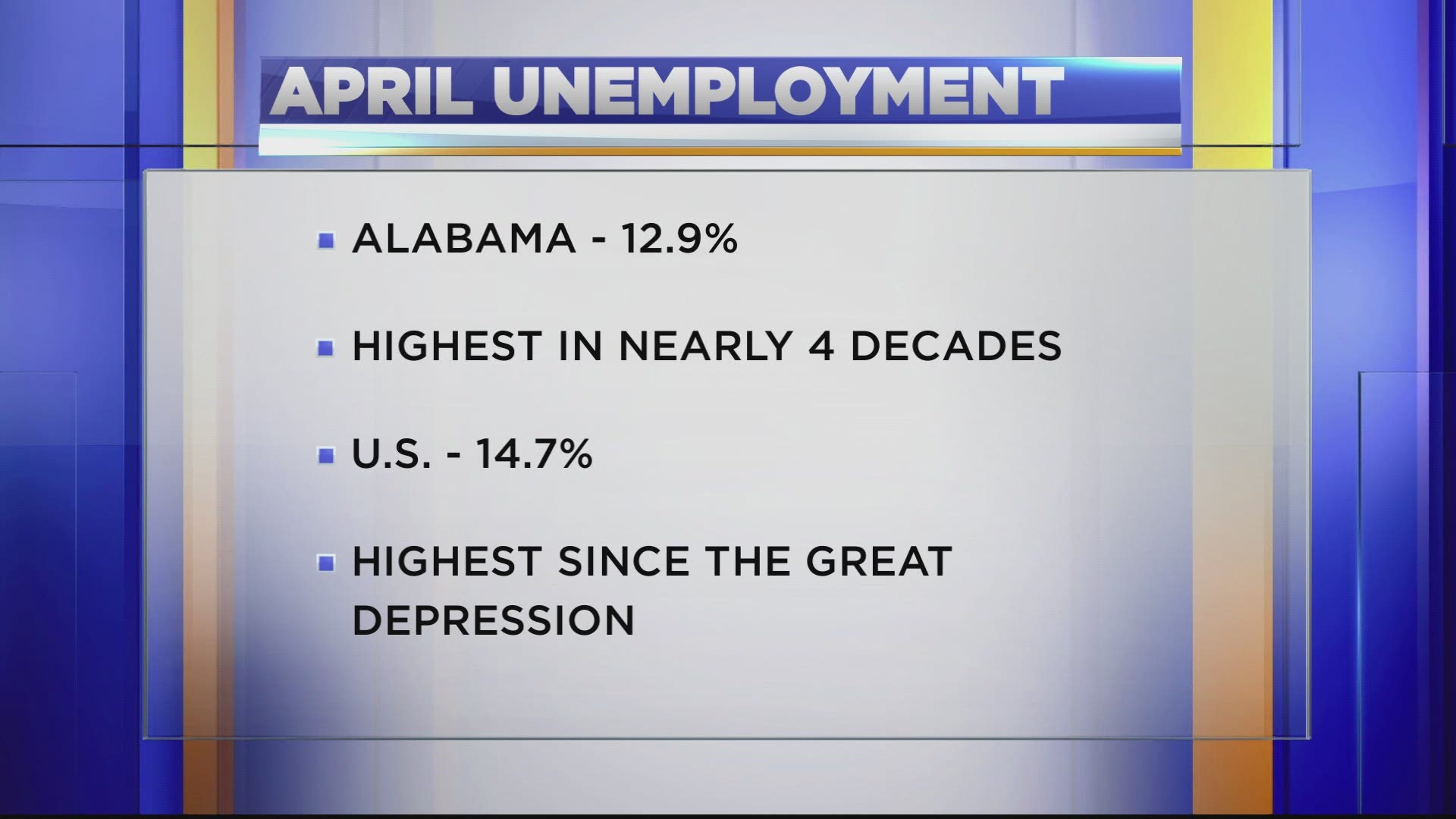 ALABAMA, USA — (alpoliticalreporter) - Alabama’s unemployment rate has surged almost 10 percentage points over the past two months to nearly 13 percent, the Alabama Department of Labor said Friday, another sign of the economic toll caused by the COVID-19 pandemic.

“While we are certainly disappointed to see our unemployment rate rise so sharply this month, it’s not surprising,” said Gov. Kay Ivey. “This global pandemic and national disaster has certainly impacted Alabamians’ ability to work. We know that hundreds of thousands of people have filed for unemployment benefits over the past two months, and we’ve been able to process and pay a great majority of those.  We realize there are some still waiting on relief, and we hear and understand their frustration.  Please rest assured that my administration is working tirelessly to provide relief to those Alabamians and their families, and I have the utmost confidence in the Alabama Department of Labor and the dedicated state employees there who are working tirelessly to serve their fellow citizens.”

“I think everyone will agree that these numbers aren’t numbers we ever wanted to report,” said Washington. “This pandemic has negatively impacted Alabama’s economy and in two months’ time has managed to undo years of positive progress.  But the impact to our employers and workers who carry the economy is even greater.  So many had life-altering changes that impacted their families almost overnight.  I want all Alabamians to know that we are working nonstop to help move this recovery along.  We are developing new technologies, adding staff, and making modifications wherever possible to help our workers through this enormously difficult time.”

Wage and salary employment decreased in April by 201,700.

Counties with the highest unemployment rates are Lowndes County at 26.0 percent, Wilcox County at 22.8 percent and Greene County at 22.2 percent.

Major cities with the lowest unemployment rates are Homewood at 7.1 percent, Vestavia Hills at 7.2 percent and Madison at 8.3 percent.

Major cities with the highest unemployment rates are Selma at 23.4 percent, Anniston at 22.1 percent and Gadsden at 22.0 percent.