2020 Election: What you need to know before Election Day

Important election day information that you need to know. 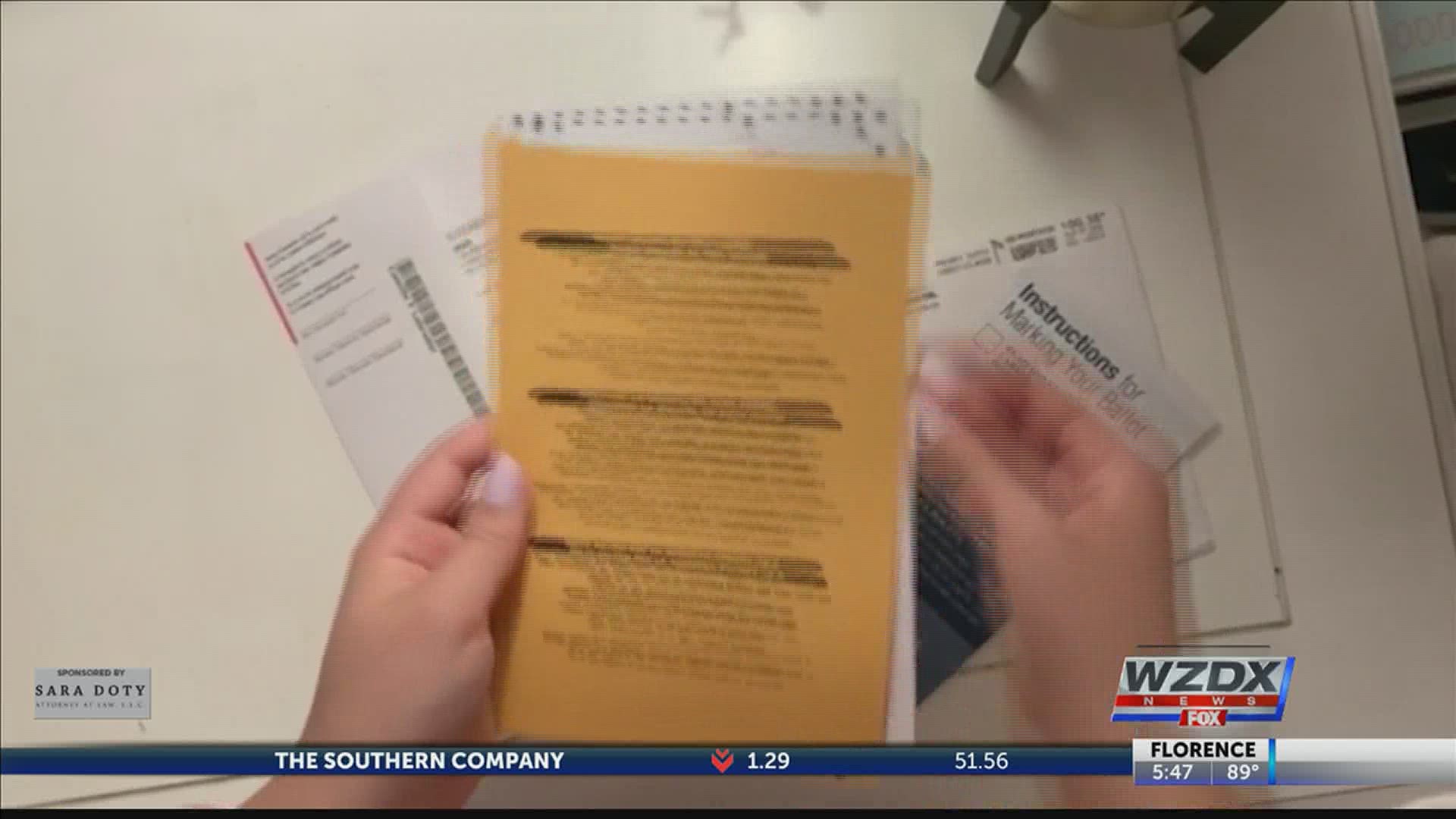 ALABAMA, USA — Election Day 2020 is coming up. Here’s what you need to know before you head to the polls.

The last day to register to vote in the upcoming general election is October 19.

Not sure if you're registered to vote or if you're still on the voter rolls? Click here to check.

According to the Alabama Secretary of State, you may register to vote at any point except for the 14 days before an election and on election day.

In order to register to vote in Alabama, you must be a citizen of the United States, reside in Alabama, be at least 18 years old on or before the election day, has not been barred from voting due to a disqualifying felony conviction and has not been declared mentally incompetent by a court.

The Secretary of State said that your county’s Board of Registrars sends a voter information card to each voter that will include the address of that voter’s polling place. You can also verify where you should vote on the Secretary of State’s website by clicking here

While face masks are encouraged, you will not be turned away from voting if you're not wearing one.

Polling places in Alabama are open from 7 a.m. to 7 p.m. Here’s what the Secretary of State said you can expect the voting procedure to be:

The Secretary of State said that procedures may vary depending on the type of equipment used at each individual polling place.

If your name does not show up on the list of registered voters for that polling place, the poll worker will contact the local Board of Registrars to determine if you are eligible to vote at that polling place.

If you cannot provide a valid photo ID, you may vote if you are positively identified by two election officials.

If you're voting in-person and make a mistake on your ballot, you can request to spoil the ballot and receive a new one so that only the correct ballot will be counted.

If your name does not appear on the polling list, poll workers will contact the county registrars to check your voter registration status, according to the Secretary of State's Office. If there is a confirmed error, you may fill out a voter registration update form and vote via provisional ballot.

According to the Secretary of State, you may cast an absentee ballot for the following situations:

During COVID-19, anyone may request an absentee ballot by choosing, "I have an illness or infirmity which prevents by attendance at the polls." on their absentee ballot application.

RELATED: Do you need to restore your voting rights?

RELATED: How to become a poll worker

When you apply for an absentee ballot, make sure you use your county's Absentee Voter application.

The application must be returned to the Absentee Election Manager by either in person or by mail at least five days before the election.

This is not your actual ballot. That will come separately.

Don't wait until the last minute to apply for or return your absentee ballot. Unless you are delivering your ballot in-person to your county's election office, allow time for mail delivery.

Absentee voting begins for the general election on September 9. The deadline to submit an application for an absentee ballot is October 29. Absentee ballots must be either hand-delivered or postmarked by November 2. For a Uniformed and Overseas Citizens Absentee Voting Act ballot, it must be received by November 10 and postmarked no later than Election Day.

The following is the absentee voting process, according to the Secretary of State. Make sure you follow all the steps.

It's important to note that the ballot cannot be counted unless the affidavit is notarized or has the signatures of two witnesses who are 18 years old or older.

Voting With a Provisional Ballot

According to the Secretary of State, a provisional ballot is voted the same as any other ballot, but the voter must sign an affidavit attesting to his or her eligibility to vote and complete a voter update form.

IN OTHER NEWS: Alabama Secretary of State talks to WZDX about options for voting in the November Election