Alabama ranks last in census response: Huntsville urges residents to fill it out

Alabama is ranked last in census responses nationally. But, Huntsville city officials say residents have the chance to make a difference now. 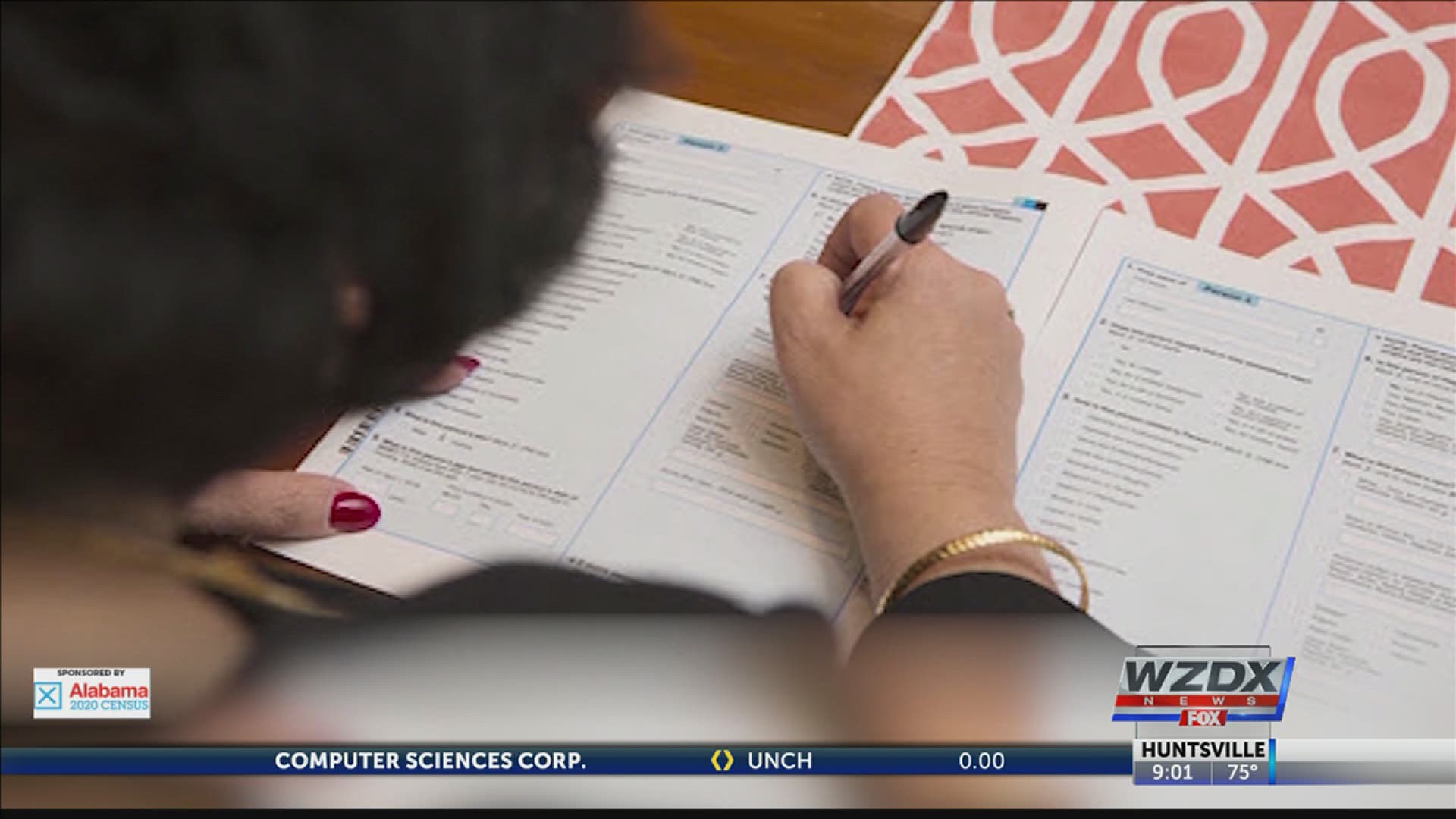 HUNTSVILLE, Alabama — The race to finish your census is coming to an end, and Alabama is in dead last. But, if the census slipped your mind this year, you still have some time left to fill it out.

Taking a few minutes to fill out some information, could impact the state for decades to come. Alabama is ranked last in census responses nationally. But, Huntsville city officials say residents have the chance to make a difference now.

WATCH: SEEING CENSUS TAKERS GOING DOOR TO DOOR? HERE'S HOW THEY'RE STAYING SAFE DURING THE PANDEMIC

Census responses could have a big impact for folks in Huntsville as the city grows. Vandiver says, “We are a big, important federal town. A lot of federal dollars come through here. So, it’s very important for Huntsville’s economy that we have this delegation.” He adds, “For all intents and purposes, the census still thinks we have 180,000 people in Huntsville, which is what we has in 2010. That’s why this data needs to be updated. We could’ve gained 20,000 people in the past 10 years and that’s very possible.”

It's all hands on deck to get the last responses in. Community partners are reaching out. Vandiver says, “They’re knocking on doors, they’re putting up yard signs. They are calling people, texting people, emailing people…"

If you don’t respond soon, you could see a census taker at your door.

Remember, they should have identification and should never ask you for any financial information, or ask you to disclose immigration status.

The deadline to respond is September 30th. We’re told you can even mail in your response on the 30th and still be counted. Just responding, in any way, is the important thing. Vandiver tells our reporter, “You can do this anywhere, at any time on your phone, a tablet or any kind of device. If smartphones aren’t your thing, you can call the census bureau at (844) 330 2020. It’s really convenient. All you need is your address really.”