The lawsuit, which is very similar to those filed against Birmingham and Mobile, comes after the Confederate statue at the Madison County Courthouse was removed. 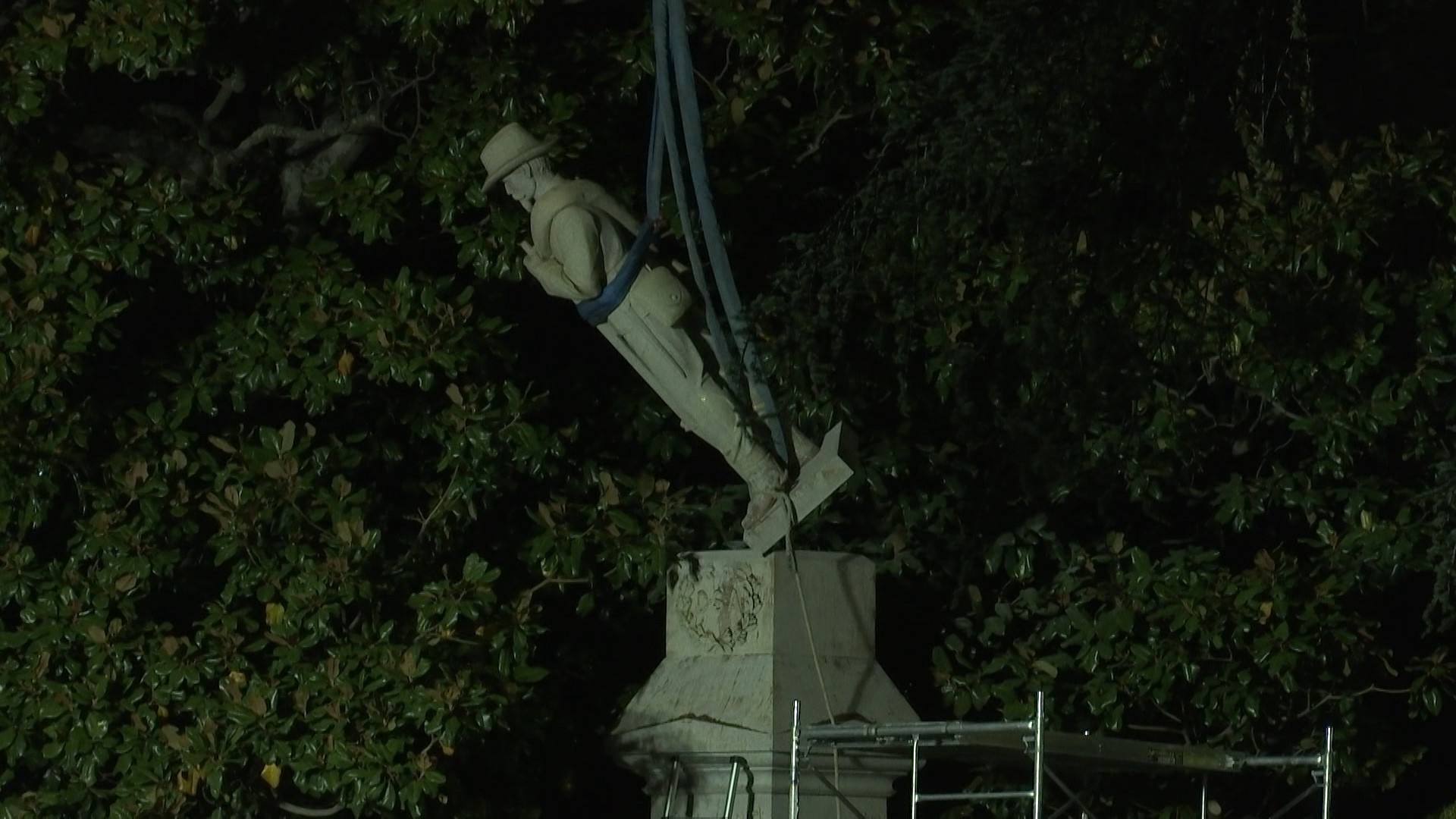 What is the Alabama Memorial Preservation Act?

The Alabama Memorial Preservation Act of 2017 states that "No architecturally significant building, memorial building, memorial street, or monument which is located on public property and has been so situated for 40 or more years may be relocated, removed, altered, renamed, or otherwise disturbed." Those between 20 and 40 years old may only be disturbed in certain circumstances (waiver).

The decision-making power for who violates the law and who should be assessed the $25,000 fine for violating it lies with the Attorney General. The Preservation Act states:

"If the Attorney General determines that an entity exercising control of public property has renamed a memorial school or has relocated, removed, altered, renamed, or otherwise disturbed an architecturally significant building, memorial building, memorial street, or monument from that public property without first obtaining a waiver from the committee as required by this article, or failed to comply with the conditions and instructions issued by the committee upon the grant of a waiver pursuant to this section, the entity shall be fined twenty-five thousand dollars ($25,000) for each violation. The fine shall be collected by the Attorney General, forwarded by his or her office to the State Treasurer, and deposited into the Alabama State Historic Preservation Fund created in Section 41-9-255."

Have other cities been sued for moving Confederate statues or monuments?

The Madison County lawsuit is similar to those filed against Birmingham and Mobile after they removed statues the Marshall said were protected by the Alabama Memorial Preservation Act.

Birmingham removed its 115-year-old Confederate Soldiers and Sailors monument from Birmingham’s Linn Park after it was damaged during protests in 2020.

Mobile removed a 120-year-old statue of Admiral Raphael Semmes from public property within the city.