The law will allow doctors to prescribe medical marijuana in Alabama for certain conditions, and establishes a regulatory commission. 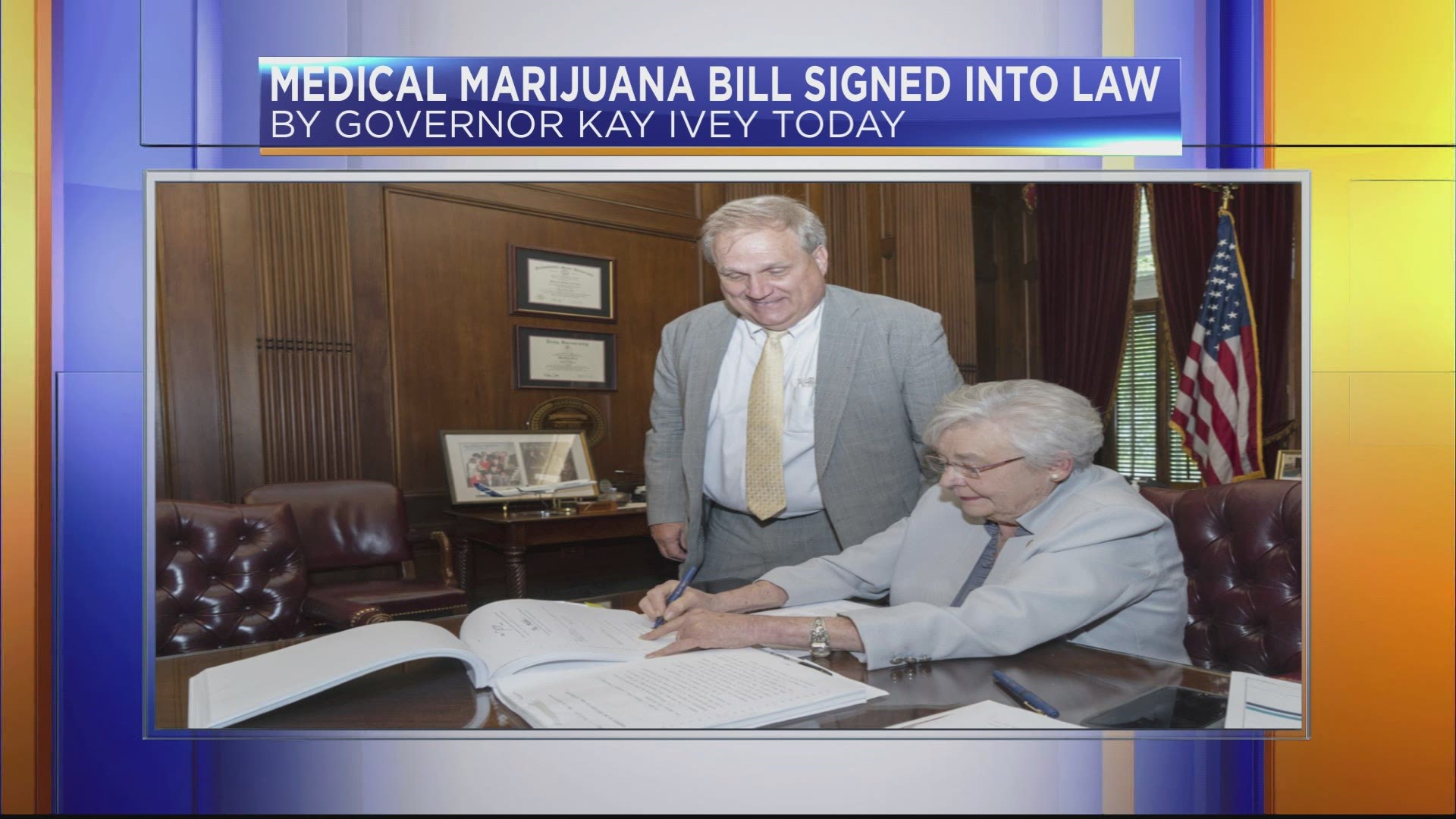 MONTGOMERY, Ala — Gov. Kay Ivey on Monday signed into law a bill allowing for medical marijuana statewide, a bill that garnered support from many state lawmakers, Republicans included, who said during debates on the bill that medical marijuana could have aided loved ones who’ve suffered from medical conditions.

What's in the medical marijuana bill in Alabama?

“Signing SB 46 is an important first step. I would like to again thank Sen. Tim Melson and Rep. Mike Ball for their hard work over the last few years and their willingness to address the legitimate concerns,” Ivey said in a statement. “This is certainly a sensitive and emotional issue and something that is continually being studied.”

“On the state level, we have had a study group that has looked closely at this issue, and I am interested in the potential good medical cannabis can have for those with chronic illnesses or what it can do to improve the quality of life of those in their final days,” Ivey continued. “As research evolves, Sen. Melson and I discussed how critical it is to continue finding ways to work on this to ensure we have a productive, safe and responsible operation in Alabama.”