We heard from locals to see what they think, Mayor Battle "talks masks" and a local sign shop that says business is booming. 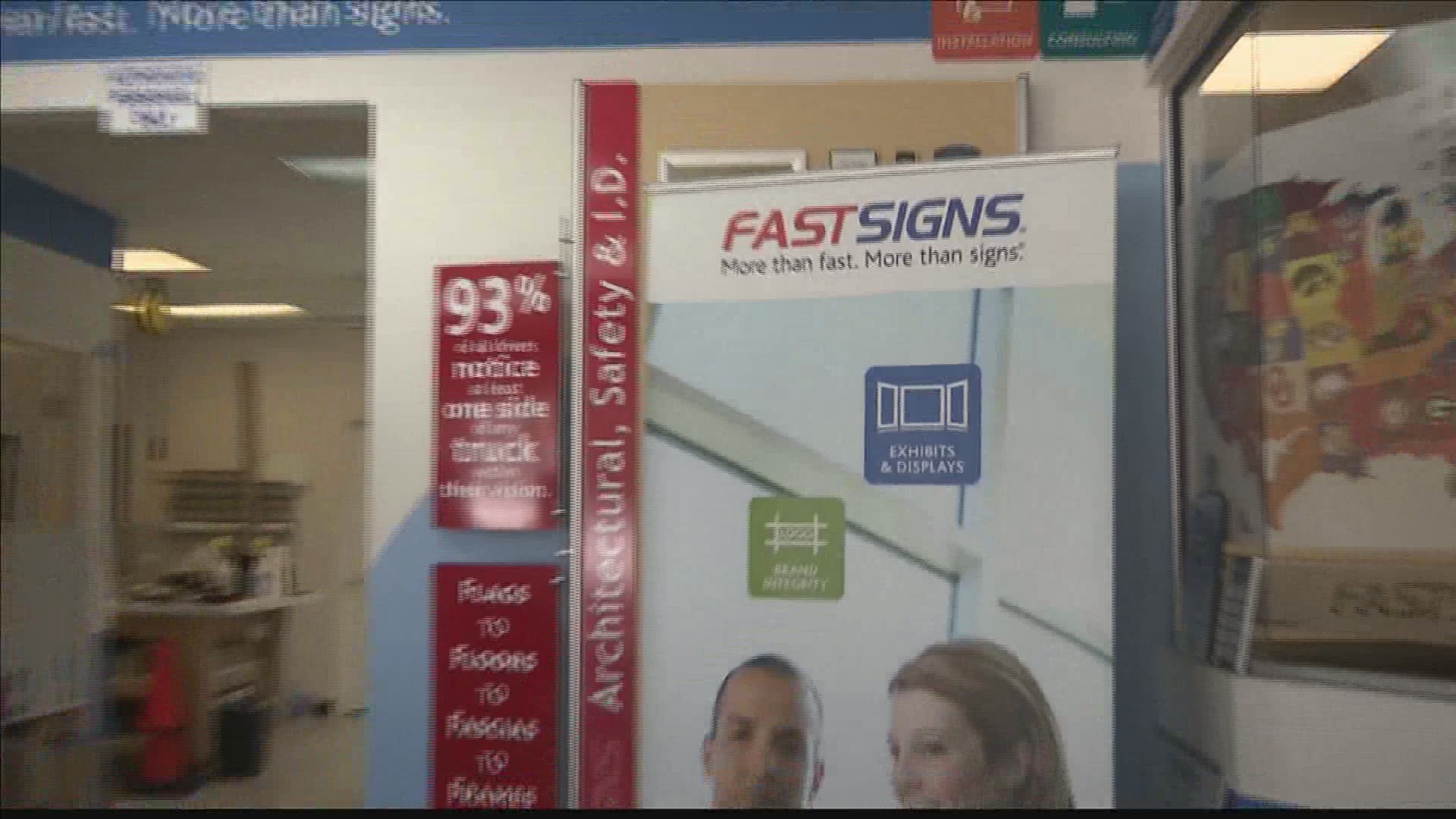 We're in our first full day of the Alabama masking mandate.

Madison County has had a masking ordinance in effect for about 10 days now, and local officials will be taking a close look at whether or not our COVID-19 numbers have stemmed.

WATCH: ARE YOUR CHILDREN AFRAID OF MASKS??

Our reporter checked in with locals and even Huntsville’s mayor to talk “wearing masks”.

Huntsville Mayor Tommy Battle says, “We’re about day nine or day ten into it and we’re starting to see some of the results of what we’re doing as a community.”

The Madison County masking ordinance has been in effect for over a week. But, the rest of the state just joined in with Governor Ivey’s masking mandate.

Mayor Battle says, “When everybody is masking up, those 110,000 people a day who come in and work in the city of Huntsville and go back to their communities-- they’re going to be just as safe as we are in Madison County. So, I think it’s very important that we all mask up.”

Some people get some fresh air and exercise as they play games of “pickleball” at Huntsville's Sandra Moon Community Complex. One lady tells us why she wears her mask between games.

Laura Eolan tells our reporter, “Outdoors, we can stay apart a little bit. But, when we’re close together, we do try to mask up."

One young woman tells us, “We just went and got food and we had to have our masks on.”

A local sign shop says with all the new masking ordinances, business is booming.

We met with Sadiya Ahmed of FASTSIGNS (https://www.fastsigns.com/523-huntsville-al) a sign company in Huntsville. She says, “We’ve noticed a big uptick in decals, people wanting to put it right on their doors, right on their windows-- let people know before they come in ‘hey, if you forgot your mask, please go and get it’.”

Ahmed says as the local, state and national requirements change, the signs need to adjust too. She adds, “We’ve had a couple of businesses who need a sign that says something one week, and then two weeks later they come back to us saying ‘they’ve changed the rules on us, we really need to change it up. You know we need another one saying these newer rules’

She says the signs are used for safety-- and the need is high as we all try to make it through this unfamiliar time. Ahmed adds,  "As the rules change, people need to update the public. And they do that with signs.”

RELATED: Are your children afraid of masks?