Alabama hospitals’ ICUs were at 99.3 percent capacity on Tuesday, with nearly half of all beds filled with COVID patients. 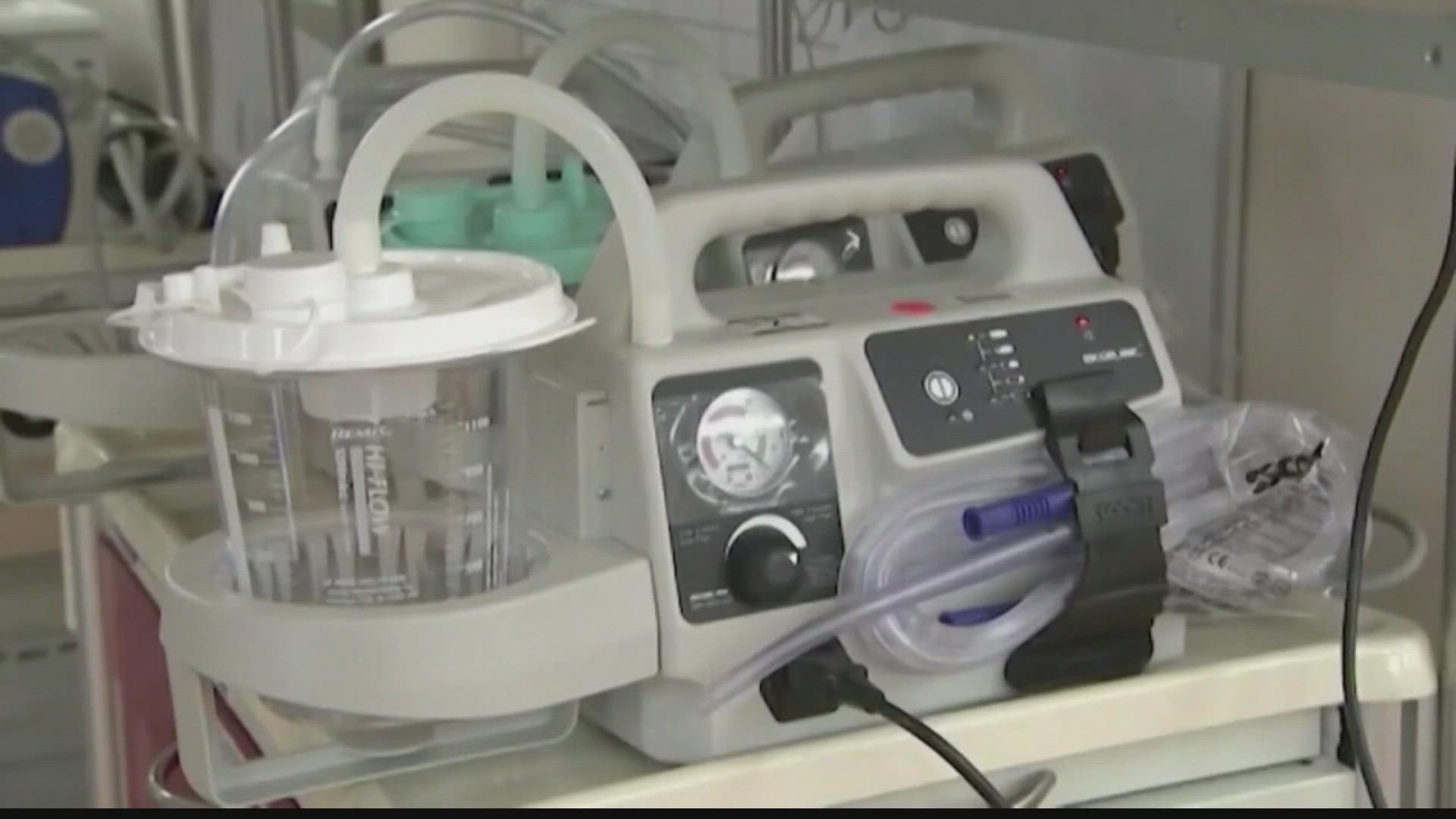 All three took part in an online discussion hosted by AL.com and AARP of Alabama, where they discussed the state of COVID, their role in fighting the deadly disease and vaccines.

“I took the vaccine and it was painless and didn’t hurt a bit, and I didn’t have a sore shoulder,” Ivey said. “So I just encourage everybody to step up to the plate, roll up your sleeves and get the shot.”

President Joe Biden earlier this month announced orders that all businesses with more than 100 employees must require worker to get vaccinated against COVID or test them weekly, among other measures to fight the virus.

Ivey and other Republican governors were quick to push back on Biden’s order, Ivey saying she’d fight his plan, calling it “overreaching.”

Asked if she feels a vaccine mandate would get the state’s vaccination rate closer to where it needs to be, and if so, why she opposes a mandate, Ivey didn’t answer the first part of the question.

“I Certainly opposed any kind of government mandate for vaccinations. I signed the vaccine ban bill,” Ivey said, likely referencing her signing of the “vaccine passport” ban bill into law.

“We don’t need government telling us how to manage our own health, and now more people are stepping up and volunteering to do it, and it’s the right thing to do,” Ivey said.

Alabama remains well behind most of the rest of the country, with the fourth-lowest percentage of fully vaccinated residents in the nation, according to the Centers for Disease Control and Prevention.

Alabama hospitals’ ICU’s remain critically full, at 99.3 percent capacity on Tuesday, and 42 percent of the state’s ICU patients were COVID-19 patients, according to the Alabama Hospital Association.

Asked how we get more people vaccinated without a mandate, Ivey said “we keep encouraging them.”

“Let’s all be good resources to our family and our neighbors and our friends and encourage them to take the vaccine,” Ivey said “Assure them that it’s safe and effective and painless.”

Sen. Tommy Tubberville, R-Alabama, encouraged the public to get vaccinated, and said while people who are vaccinated may still contract COVID, they’re much less likely to get very ill.

Medical experts say the vaccines greatly reduce the risk of serious illness, hospitalization and death. Nearly everyone in Alabama hospitals and dying from COVID are unvaccinated, according to hospital data.

“I took it. My family took it. Everybody on my staff is taking it. Nobody was forced to. I don’t believe that it should be mandated. I think you should have your own choice,” Tuberville said.

RELATED: No, the Pfizer COVID-19 vaccine dosage is not the same for kids ages 5 to 11 as it is for adults

Tuberville said that the decision to get vaccinated isn’t just for one’s own self, but also for the protection of those around you, whom you could infect if ill.

“I’ve had some friends now in Alabama that decided they didn’t want to take it, and unfortunately they’re no longer with us,” Tuberville said.

Daniels said that he decided to get vaccinated after himself recovering from COVID, which he contracted in December.

“I had a very tough time. A 38-year-old that works out four days a week. Couldn’t even lift a paper bag, so it was very difficult for me,” Daniels said.

Daniels credits his recovery to the monoclonal antibody treatment he received at UAB in Birmingham. Medical experts say that treatment can reduce the need to hospitalize someone with COVID by 70 percent.

“ I know that there’s a lot of apathy out there, and a lot of the misinformation that’s out there online, but there’s so many lives that have been lost as a result of contracting COVID-19,” Daniels said. “I would rather be protected against something that’s going to work to really defeat this virus, as opposed to just going in and not having any type of protections.”

Daniels placed responsibility on elected officials to help educate the public about COVID and the vaccines, by using credible sources, including the Centers for Disease Control and Prevention and the Alabama Department of Public Health.

“There’s going to be pushback, but I think that the important part to really defeating the common enemy in COVID-19 is educating the public,” Daniels said.

Ivey discussed misinformation on COVID and the vaccines, saying some people are “putting out misinformation and confusing people with fake news and pushing conspiracy theories that’s just not helpful at all.”

“In fact, they’re actually lying to unvaccinated folks, which is just so sad,” Ivey said.

WATCH: Pediatric COVID cases are up, vaccines for kids could be coming soon