Some Alabama hospitals are burning through reserves battling COVID, and the state’s ICU bed crisis continues to threaten care for all patients. 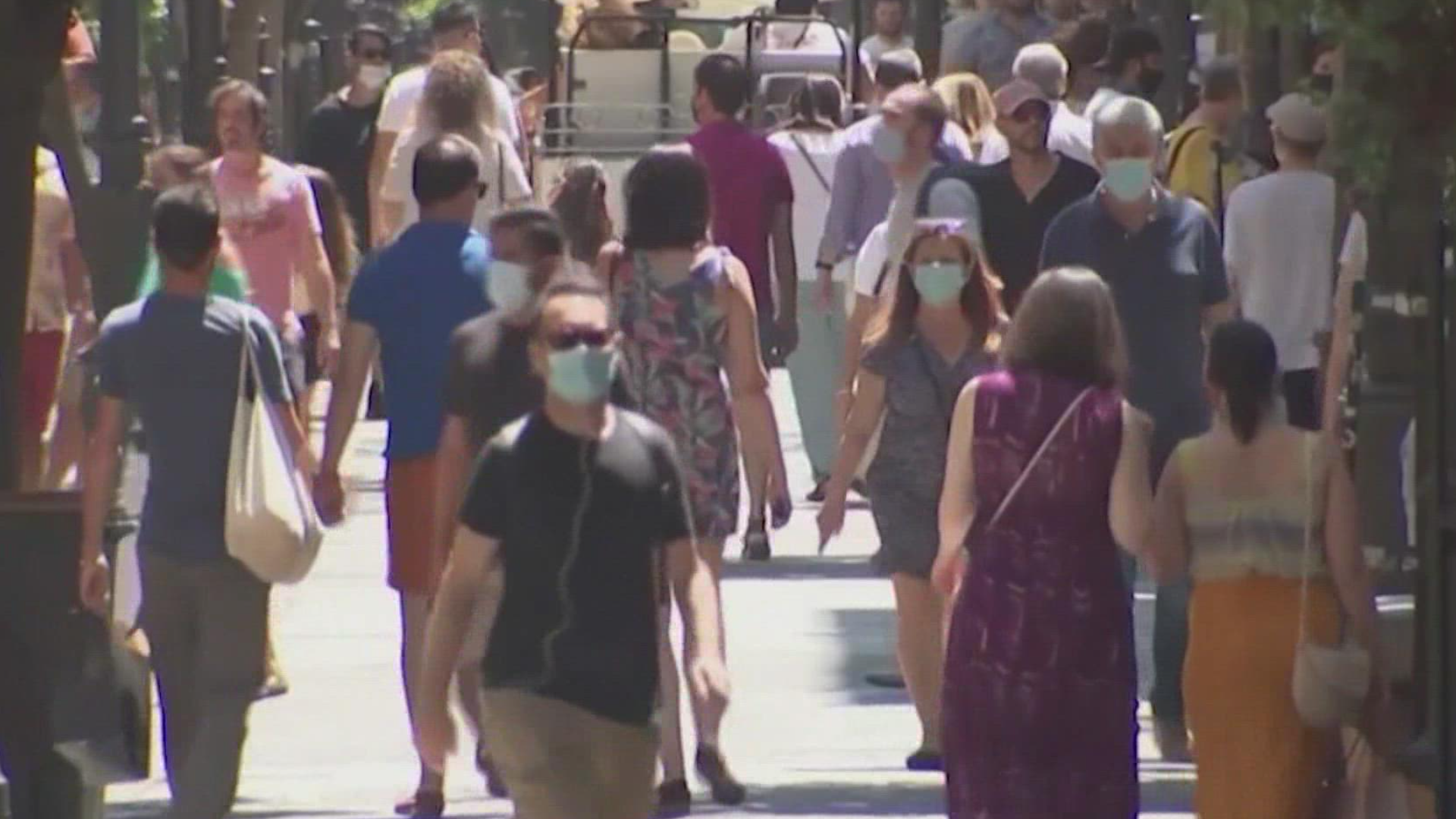 MONTGOMERY, Alabama — Some Alabama lawmakers hope to use $400 million in federal American Rescue Plan funds to help build new prisons, but the state’s health care system needs millions to get through the current COVID-19 crisis and prepare for another, says the president of Alabama Hospital Association.

Dr. Don Williamson, president of the association and a former state health officer, told APR on Friday that the association would like to see at least $200 million of Alabama’s $2.2 billion in federal COVID aid used to address state hospitals’ immediate and future needs.

Gov. Kay Ivey on Friday sent a letter to lawmakers to inform them that this week she’ll officially set a special legislative session to debate construction of new prisons, to begin Sept. 27.

Along with the $400 million in COVID aid, if the federal government approves the funds to be used for prisons, an additional $150 million in general fund dollars and a bond issuance of up to $785 million would pay for the planned construction and renovations, according to a draft bill.

"This is not about taking any money from prisons,” Williamson said. “The problem is, there are healthcare issues that cannot wait until we get back into regular session.”

Williamson said the association would like to see the state’s health care be added as a priority in the upcoming special session, and that they estimate needing $200 million of those federal funds to shore up hospitals hard-hit by COVID-19.

RELATED: One in 390 Alabamians have died of COVID-19

Hospitals are also having to pay for the additional cost of travel nurses to bolster staff, Williamson said. Many hospitals are seeing large numbers of staff out with COVID themselves or quarantining due to exposure.  There are “hundreds of millions of dollars” in lost revenue in a system where he said approximately 80 percent of the state’s hospitals were already losing revenue. The financial situation is so dire for some hospitals, he fears some may close.

Alabama hospitals have the lowest Medicare reimbursement rates in the country, Williamson said, and because Alabama hasn’t expanded Medicaid, the state has among the highest uninsurance rates for adults, which often places undue financial burden on hospitals.

COVID has taught a lesson that every hospital, big and small, has an important role to play in the state’s health care system, Williamson said. Rural hospitals may not be able to provide the same level of care as larger urban hospitals, but they’ve played a critical role during the pandemic.

Many of the state’s rural hospitals even before COVID were in bad financial shape. Alabama has lost seven rural hospitals in the last decade, and the ones that survived have the highest loss rates and are having to spend down their reserves in greater numbers than larger hospitals. But it’s not just the rural hospitals that have suffered due to COVID.

“Before COVID we thought there were a dozen or so rural hospitals that were in jeopardy, and I don’t think COVID has done anything to help,” Williamson said. “I’ve had hospital administrators tell me that for the first time in their career, they are looking at having a budget with deficits in them for their next fiscal year, and that’s not a small rural hospital. These are some larger hospitals.”

Williamson also asked whether some of the federal COVID aid could be used by the Alabama Department of Education to improve ventilation in schools to help reduce transmission of COVID-19.

Long term, Williamson said the state must address the ICU bed criss that saw the state with more than 180 fewer ICU beds than patients needing that care earlier this month, with approximately half of all ICU patients in recent weeks having COVID. While the ICU beds themselves have been in short supply, the lack of staffing to care for the surge of patients required many hospitals to enact emergency plans, increasing the number of patients nurses care for and setting up makeshift ICUs in waiting room areas.

It’s not yet clear how much federal aid state hospitals would need to address the ICU bed crisis, Williamson said, but the problem is two-fold.

Hospitals need to add actual ICU beds and the life-saving equipment needed to run them, Williamson said. Prior to COVID state hospitals operated approximately 1,500 ICU beds in total. During last winter’s COVID surge, the state was operating approximately 1,600 ICU beds, most filled with COVID patients, but on Sunday that number had dropped to 1,542 ICU beds statewide.

“The decline in ICU beds is all because of staff to take care of those patients,” Williamson said. “The question is, what do we have to do to be able to enhance staff? Traveling nurses are a short-term solution for short-term prices. They are not the solution for a long-term problem.”

Ivey on Sept. 3  Ivey announced the state would reallocate $12.3 million in federal COVID-19 aid to pay for additional travel nurses. The day of her announcement Alabama hospitals had 120 more patients needing ICU bed care than the state had formal ICU beds.

“Until our vaccination rates rise and our COVID-19 hospitalization rates fall, we will need the extra support these nurses provide,” Ivey said.

“Some of that’s at the federal level. We have to fix our problem in Medicare reimbursement. We have to address the uninsurance problem, and of course our preference is through Medicaid expansion,” Williamson said.

“Then we need to talk about, what are the other infrastructure needs the hospitals have to be able to never find ourselves in this position again, where we have more patients needing ICU beds than we have ICU beds available,” Williamson said. “Because, who knows? We could have a really bad flu season coupled with another COVID Spike and be right back in this mess again.”

Telemedicine and the broadband infrastructure needed to support it also has a clear role to play in the state’s health care system, Williamson said, calling telemedicine “a major opportunity.” Telemedicine is great for some medical needs, but it can’t do everything, he said.

Federal officials who oversee Medicaid are in talks with Alabama’s largest health insurance provider, Blue Cross and Blue Shield, about what care telemedicine can be paid to conduct, Williamson said, noting also that telemedicine does require hospital staffing to care for those long-distance patients.

“It is a great way to expand access, both geographically and potentially numerically, but it requires some careful thought about both what you do and how you fund it, and what level you fund it,” Williamson said

The federal government has guidelines that spell out what American Rescue Plan funds can and can’t be used for. Williamson said it’s his understanding the funds could be used to help shore up the finances of hospitals’ that have suffered during the pandemic, and to deal with the state’s ICU bed crisis.

When state lawmakers begin debating prison construction, in a special session in which there are no planned COVID-19 restrictions, Alabama’s COVID crisis will continue.

Alabama State Health Officer Dr. Scott Harris on Friday said that for the first time in the state’s history, there were more deaths in 2020 than births. Alabama continues to see daily deaths in the double digits due to COVID-19.

Alabama added 354 newly confirmed COVID-19 deaths since Friday, with 658 added in the last 10 days. Some of those deaths occurred days and weeks prior as it takes time for the Alabama Department of Public Health to review medical records and conduct interviews to confirm a COVID death.