The state is at risk of losing a congressional seat. But, Alabama is off to a slow start. 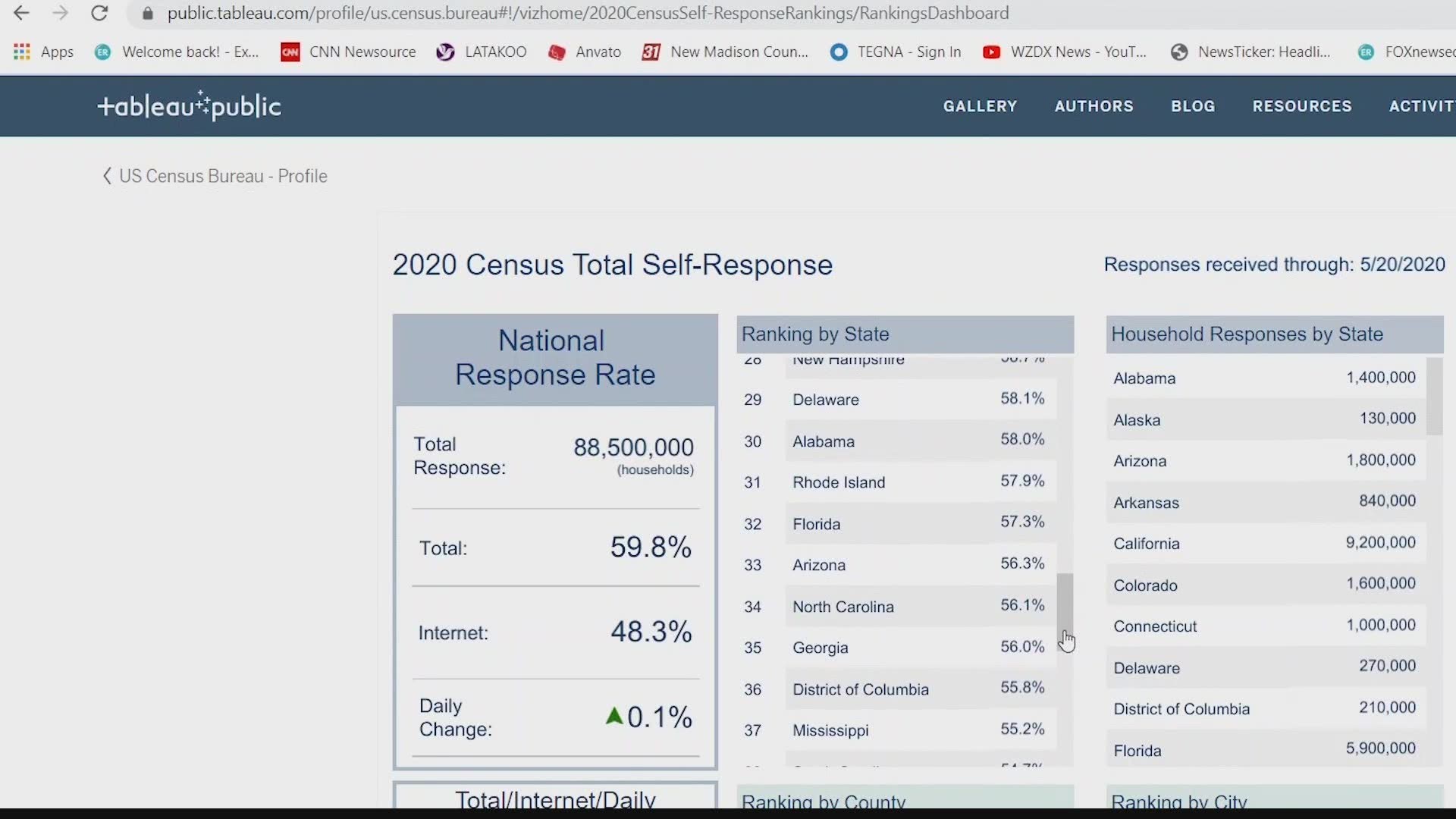 Not only can you call or mail in your responses, but 2020 has an online option too. Yet, Alabama is not ranking highly in Census response rates so far.

We met with Mike Ward, Senior Vice President of Government and Public Affairs with Huntsville Madison County Chamber of Commerce. He says, “They estimate that the census is worth about 1,600 per year, per person for everyone who fills it out.”

That could mean more money for the state. But, Alabama is off to a slow start. According to the U.S census bureau, Alabama is ranked 30th in the country in response rates.

The state is at risk of losing a congressional seat. Groups in Huntsville are pushing citizens to return their census. Ward says, “You know, this is a city that lives and dies by the federal budget in a lot of ways. It’s important for us to make sure we have all the representation we deserve in congress to protect our interests.”

Although the self online and mail completion date is pushed back to October 31 because of the pandemic, you don’t want to delay. Protect your own safety and the safety of census takers, who’ll be visiting homes from August to October. Ward adds, “If you don’t fill out your census form, you will eventually have someone come knock on your door and they’re going to ask you to complete it in person.”

As Huntsville is projected to be the state’s largest city in a few years, Mike Ward says now more than ever is the time to bring funding into our growing community. Ward says, “There’s funding that goes to healthcare systems, Medicare Part B, Medicaid Headstart, the SNAP program, Section 8 housing and community development grants are also based on census responses.”

According to my2020Census, this year’s response takes about 10 minutes to fill out.

RELATED: Huntsville City teachers are gathering left behind items to give back to students

RELATED: Nearly 39 million have filed for unemployment since virus hit