Celebration of Life for Jelani Day

Alabama A&M celebrated the life of Jelani Day with a gathering on campus. 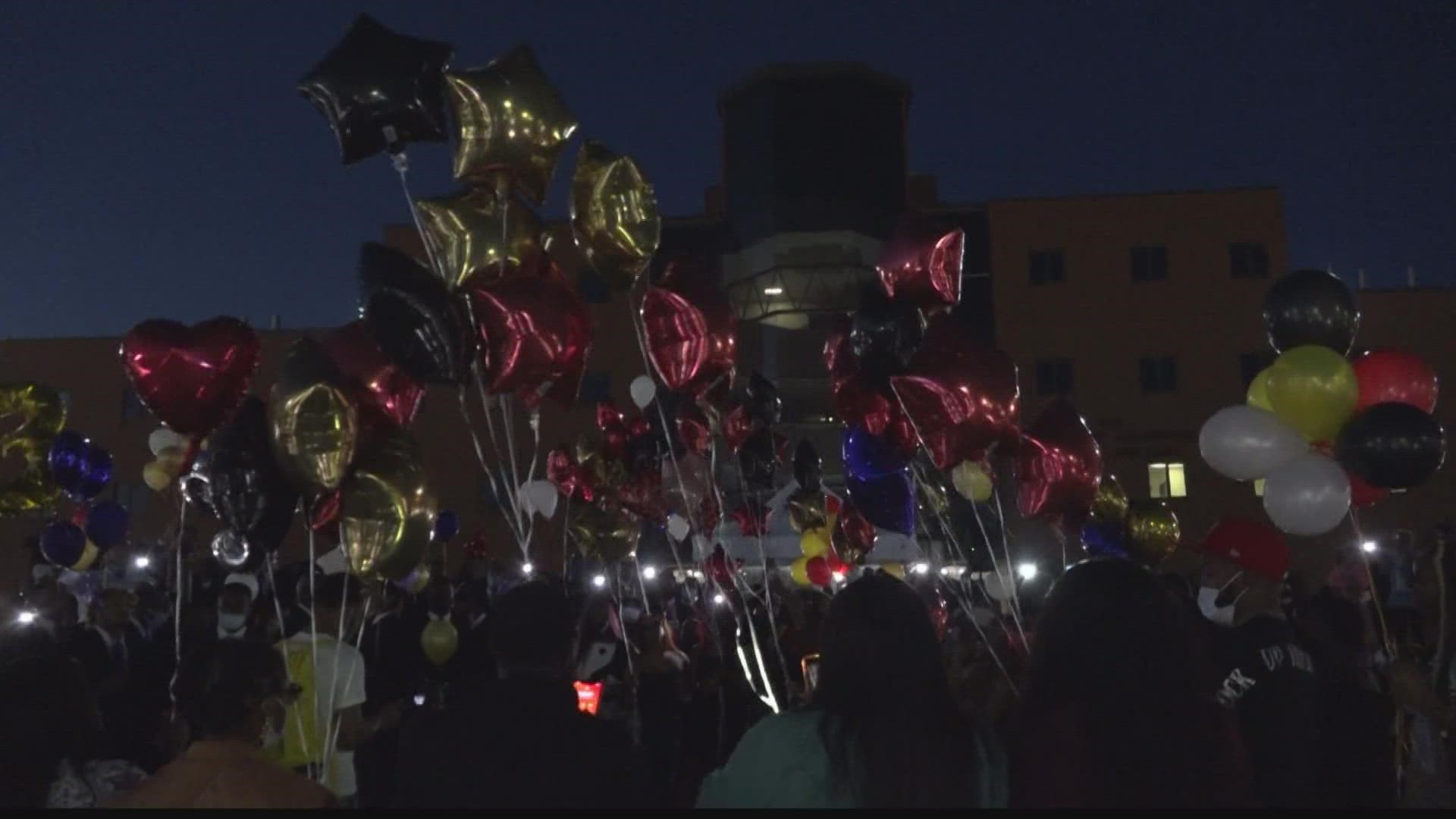 BLOOMINGTON, Illinois — A Celebration of Life was held for Jelani Day on the campus of Alabama A&M University.

The gathering, which welcomed students and the community, was a to reflect and heal. AAMU alumni Hyidea' Burgess said "In a time where this nation has been experiencing an extended period of grieving. We can all express empathy, no matter color, race, gender, or belief."

Jelani Day graduated from Alabama A&M University and went home to Illinois for graduate school. He was reported missing in August 2021.

His body was found on September 4. An announcement that he had been identified came on Sept. 23.

Alabama A&M students, faculty, and staff will hold a memorial service and balloon release for Day on Thursday, Oct. 7 at 6:11 p.m. on the Alabama A&M Quad. This was rescheduled from Wednesday, Oct. 6 due to rain.

A Celebration of Live Memorial Service is planned for Saturday, Oct. 9, in Illinois. Day was a graduate student at Illinois State University.

Claudia Mesnil, United Women of Color Huntsville, says that missing people pf color is a concern her group wants people to know about. "Because we're a local group, we try to relate it to the issues that we're experiencing locally and if there's a person that hasn't been seen or that has been reported missing. We try to make sure that the news knows." 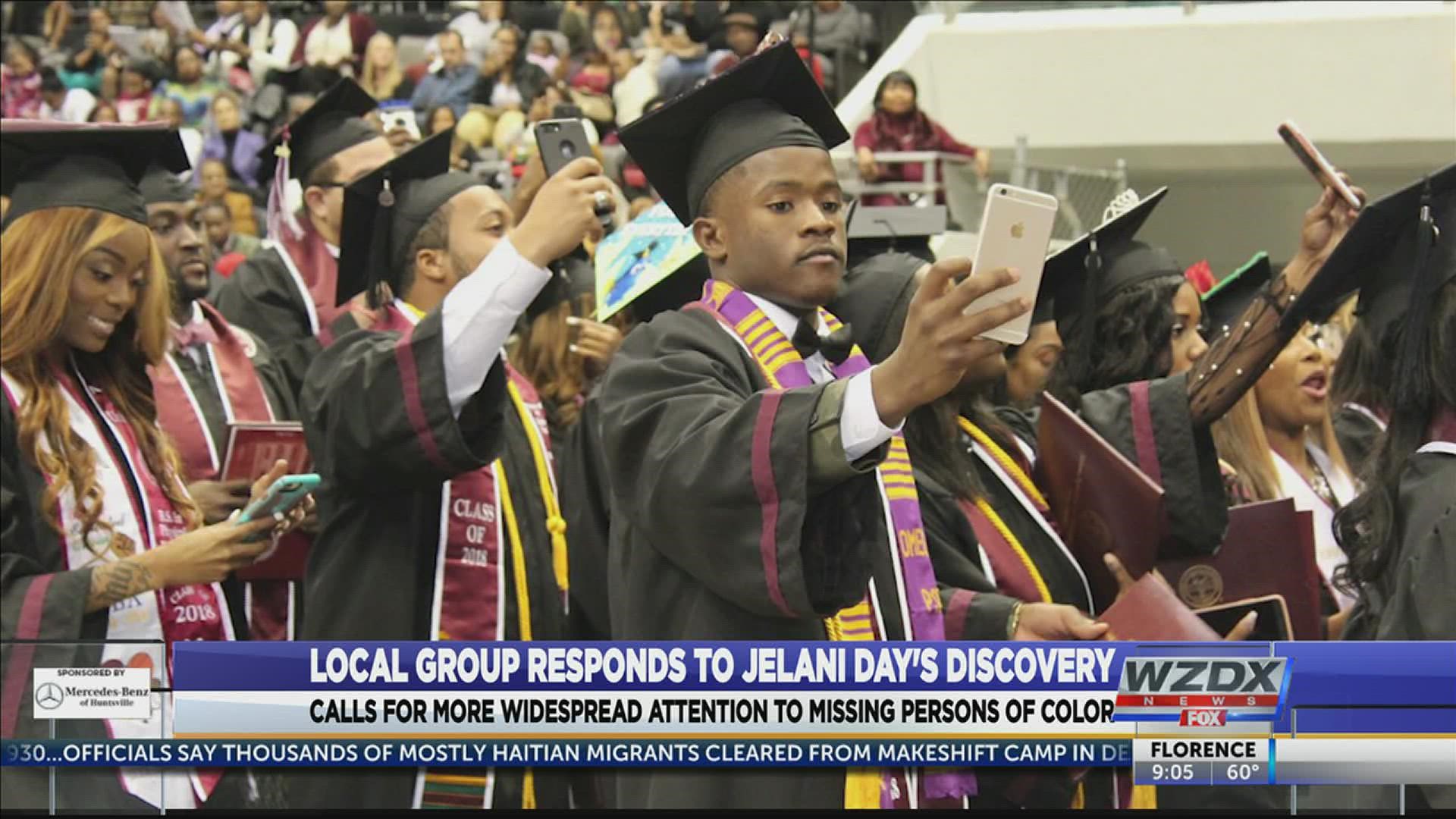 FOX54 News reached out to the Bloomington Police Department in Illinois, where they said they first made contact with Jelani Day's family on August 23.

On the 25th, a missing person report was filed, and then the following day, the Bloomington Police Department said the report was turned over to a detective. Here's more of a timeline of Day's disappearance leading up to his discovery.

“Normally through just missing persons, it's on patrol for 10 days, you know his case was just unusual. You know we have a whole lot of missing person cases. The fact that he hadn't communicated with his family, he didn't show up to class; it kind of just was pretty obvious that we needed to look into it,” said John Fermon, Bloomington Police Dept PIO.

Day was a student at Ilinois State University, where the Bloomington Police Department said the campus police department, also made contact with them.

Bloomington PD said investigators worked in partnership with other agencies leading up to his discovery at a river, in the town of Peru. “So there was a search there that was done, a smaller scale search but a professionally coordinated search, you know, there were canines. You know they had drones, and luckily we were fortunate that there was the bulk of our investigation, was between then and September 4."

"You know we were serving subpoenas search warrants for a lot of digital evidence that's where a lot of our, you know investigation time went to,” said Fermon.

The big question is why did it take nearly twenty days from the time Day’s body was found to the identification.

“I know there were some issues with the Illinois State Police Crime Lab. I guess they were out of material. And it might have taken more weeks. And really, the coroner's office said that it may take a few weeks to release, and they were accurate from the get-go," said Fermon.

“Identification normally in different cases, identification is a little bit easier. I guess I'll say that. In this case, it wasn't. So that's why we had to, and be we it'd be the LaSalle County Coroner's Office. You know they did the autopsy, and they couldn't make identification so they had to, you know, move to the DNA testing which takes a while," said Fermon. 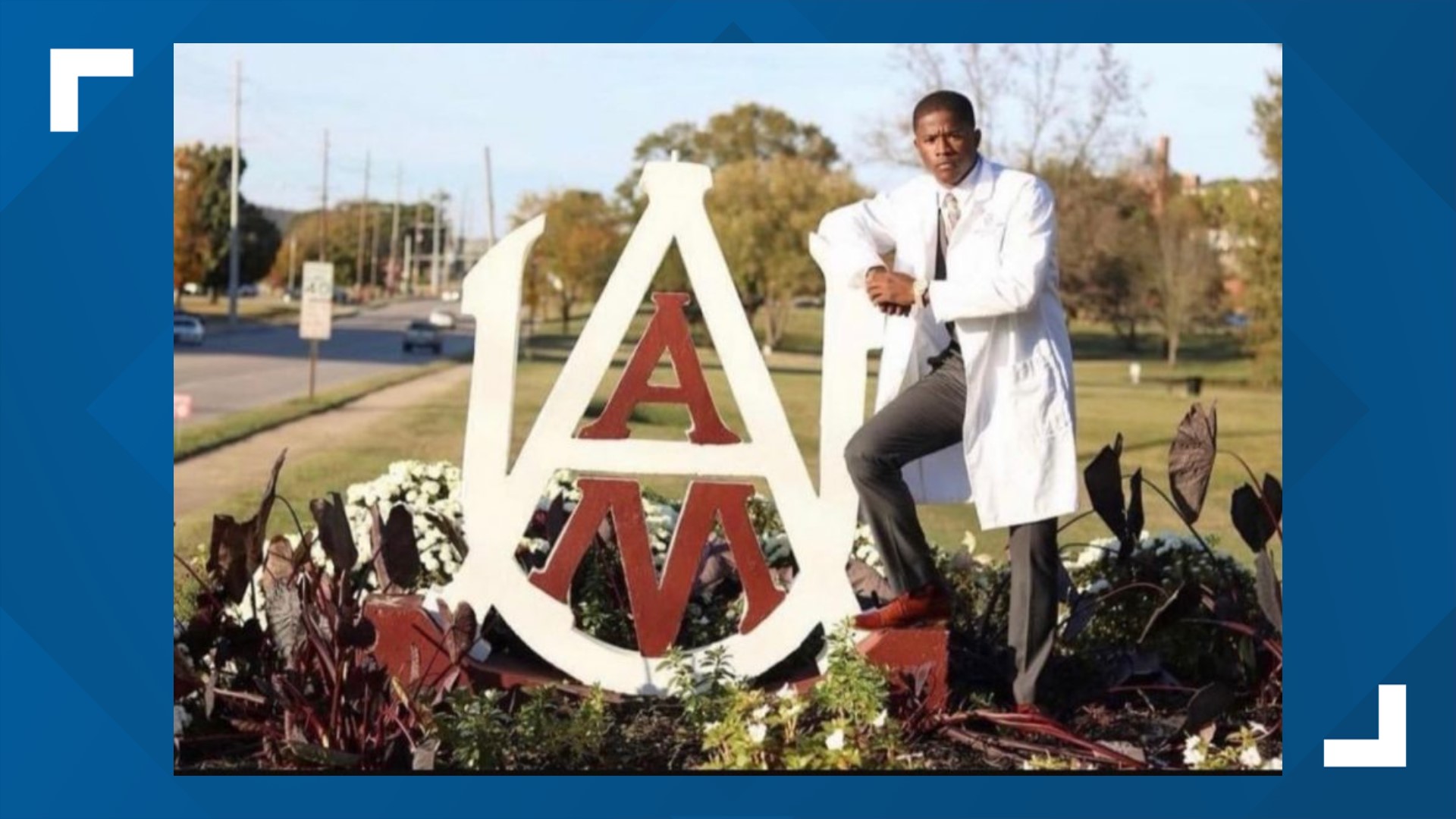 "Alabama A&M University - we're planning on doing something and as we put our minds we will in the words of Dr. Billings 'will not forget him'," said Esther Phillips-Embden Day's Former Professor.

"We are definitely going to do a memorial service. Like Ms. Embden said, we just found out about this, and we are both numb and shocked," said Dr. Diana Blakeney-Billings, Day's Former Professor.

FOX54 News also reached out to United Women of Color Huntsville regarding cases of missing persons of color:

"There's disproportionality in which white women or people that are not people of color do get not only brought coverage but they even receive like incentives to make their stories public, such as like books, shows. And we have seen, heard, and read the stories of indigenous Hispanic and Black women who, and even Asian women as well, who have suffered or gone missing, or have undergone just horrible circumstances but their stories, either don't make national news, or they are silenced but due to different reasons," said Claudia Mesnil.

"So, as a local organization that advocates for women of color, we just want to make sure that everybody understands that we will remain advocates, and we will try to amplify the voices of those women," added Mesnil.

His body, found in early September, was identified on September 23.

FOX32 in Chicago has more on his disappearance and identification.

Our sister station, WQAD in Davenport, IA, shared a timeline of events surrounding his disappearance:

After last hearing from him on the evening of Aug. 23 and Day not showing up to class for several days, Day's family made several attempts to locate him but were unsuccessful in their search.

Day's vehicle was found Thursday, Aug. 26 in a wooded area south of the Illinois Valley YMCA. Police asked the public for information from anyone who had seen the vehicle from 9:15 a.m. Aug. 24 to 4:20 p.m. Aug. 26.

While Bloomington police were conducting a search in the LaSalle-Peru area for Day on Sept. 4, a search team found an unidentified body just off the south bank of the Illinois River, east of the Illinois Route 251 bridge.

LaSalle County Coroner Richard Ploch told WMBD on Sept. 7 that an autopsy on the body revealed it was male, though the identity was yet to be determined and could take several weeks and possibly months to confirm due to the body's condition.

Day's mother, Carmen Bolden Day, expressed frustration with "lack of enthusiasm" in Bloomington police's one-detective investigation into her son's disappearance Tuesday during an interview with WGLT-FM.

"Since (police) found that unidentified body, it doesn't seem to me that they are pushing to continue to look for my son," Bolden Day said to WGLT. "I understand that there are other crimes that they have to investigate, but it seems like I only have this one detective ... Once he stops, does that mean we stop looking for my son?"

On social media, Bolden Day has made comparisons between the swift nationwide coverage and FBI investigation into the disappearance of white girl Gabby Petito and the lack of manpower behind the investigation into her missing Black son, who had been gone for almost a month.

"(Jelani) is loved," Bolden Day said to WGLT. "He is wanted. He is important."