A total of 6 black bear cubs from 2 den sites were fitted with tracking collars this week in DeKalb County. 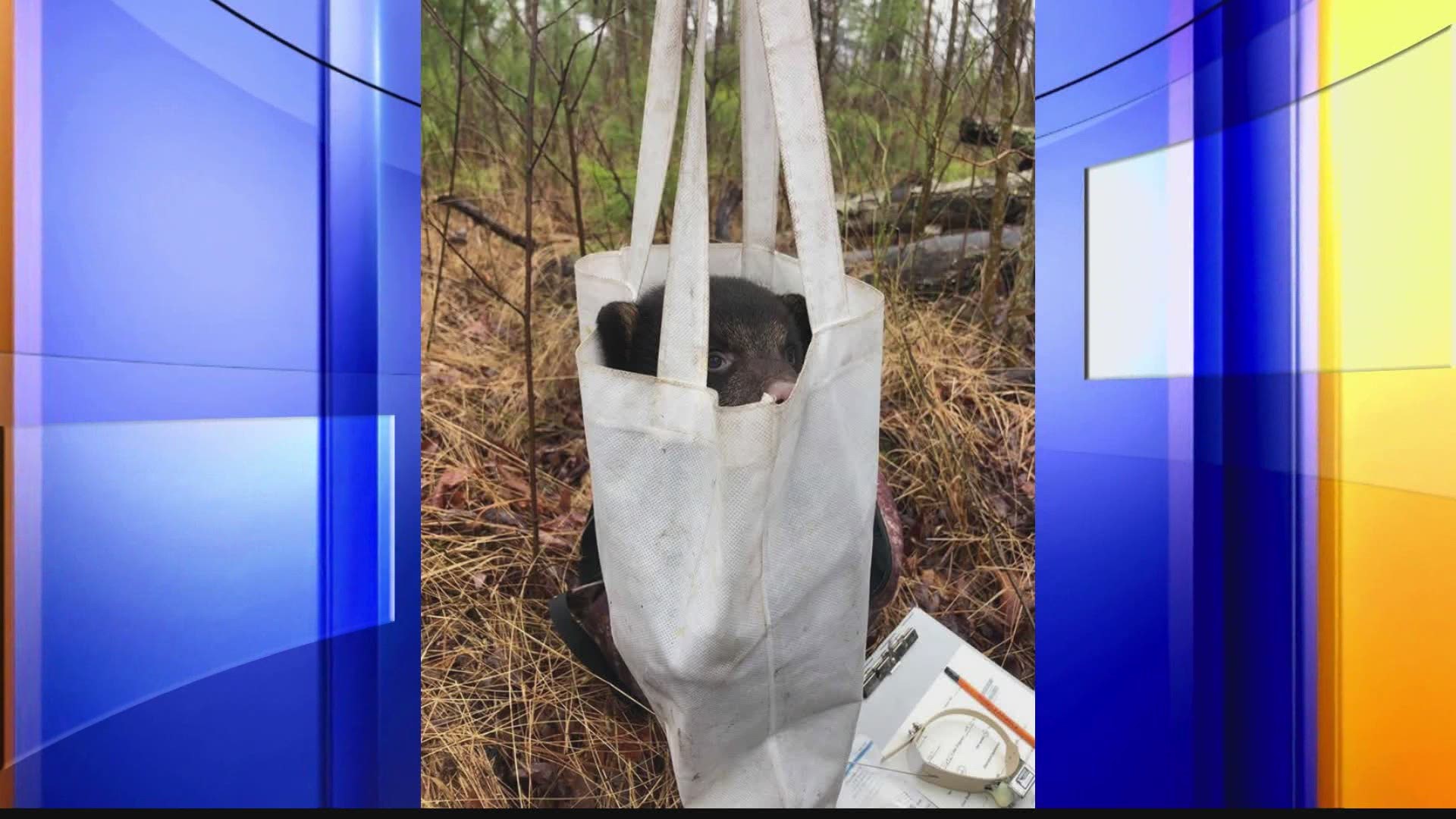 DEKALB COUNTY, Ala. — These little guys were found in DeKalb County - the six baby black bears were from two den sites.

According the the Alabama Wildlife and Freshwater Fisheries Division, all the cubs appeared healthy and were being well taken care of by their mama bears.

The organization says the mamas were temporarily spooked away while the cubs were collared, weighed, and microchipped. Both mamas returned to their respective cubs after scientists were done. The collars are stretchable and flexible and will eventually fall off.

One litter of cubs had two girls, and the other litter had four boys.

If you happen to spot a black bear during any outdoor excursions, report your sightings here.

1 / 4
Alabama Wildlife and Freshwater Fisheries Division
4 male cubs from one DeKalb County den site. Each cub is now wearing a stretchable, flexible collar that will eventually fall off. It will track the bear and give info about its movements and, if the cub is killed, biologists will be able to locate its remains and discover what caused its demise. This information will increase our knowledge of what bears have to deal with growing up in Alabama.
Post by alabamawildlifeandfreshwaterfisheries.

RELATED: 2-legged Ohio dog named 'Lieutenant Dan' is a finalist to be the next Cadbury Bunny

RELATED: 'I just need a 2nd chance' | Lake of the Ozarks dog has been waiting 7 years for adoption

RELATED: Be a shelter pet's lucky charm with free adoptions through March 21!