On this day, back in 1961, Alan Shepard made the historic space flight on a Mercury Redstone rocket. The rocket was entirely designed and built in Huntsville. 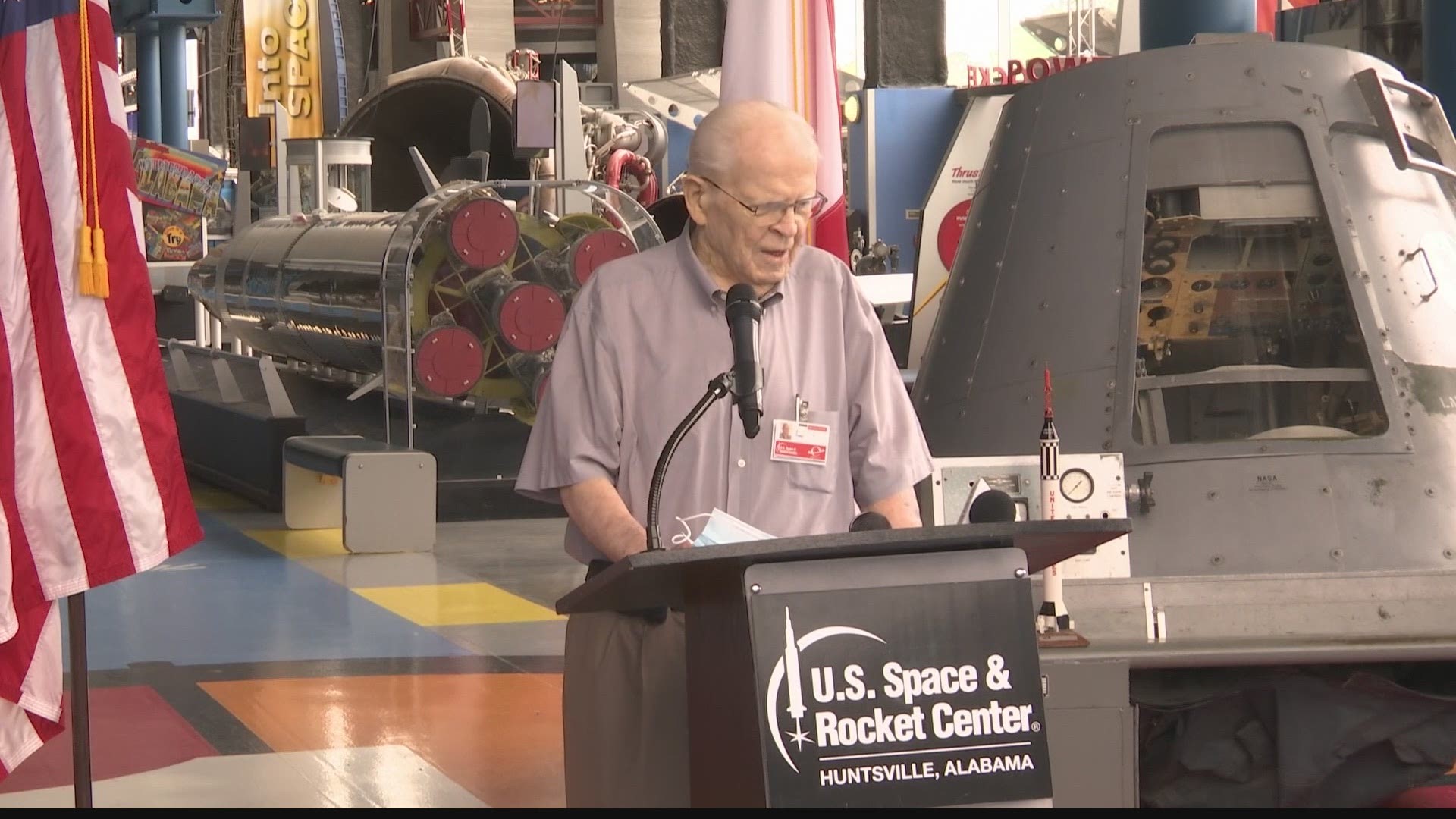 HUNTSVILLE, Ala — Space exploration is close to our hearts in the Rocket City. It might be tough to imagine a time where man hadn’t been to space. But, it wasn’t too long ago.

On this day, back in 1961, Alan Shepard made the historic spaceflight on a Mercury Redstone rocket. The rocket was entirely designed and built right here in Huntsville.

We heard from one man who worked under Dr. Wernher von Braun on the program that built the rocket that took the 1961 flight.

Jay Foster was once a worker in the Mercury Redstone program, he's now a  NASA Emeritus Docent at the Rocket Center. Foster tells reporters, “We were building for this particular Redstone vehicle, we didn’t know which one it was really going to be until later in the cycle. But, we did build them all and it was quite an exciting time.”

Mayor Tommy Battle was at Wednesday's ceremony. He says the historic fifteen minute flight back in 1961 set Huntsville and the rest of the country on the path to the moon and beyond.

RELATED: Aerospace group thinks it knows where China rocket debris will end up

RELATED: Food Security: How to eat healthy on a budget