WZDX's Nixon Norman caught up with some of the residents of 305 8th Street to see what their favorite part of the celebration was. 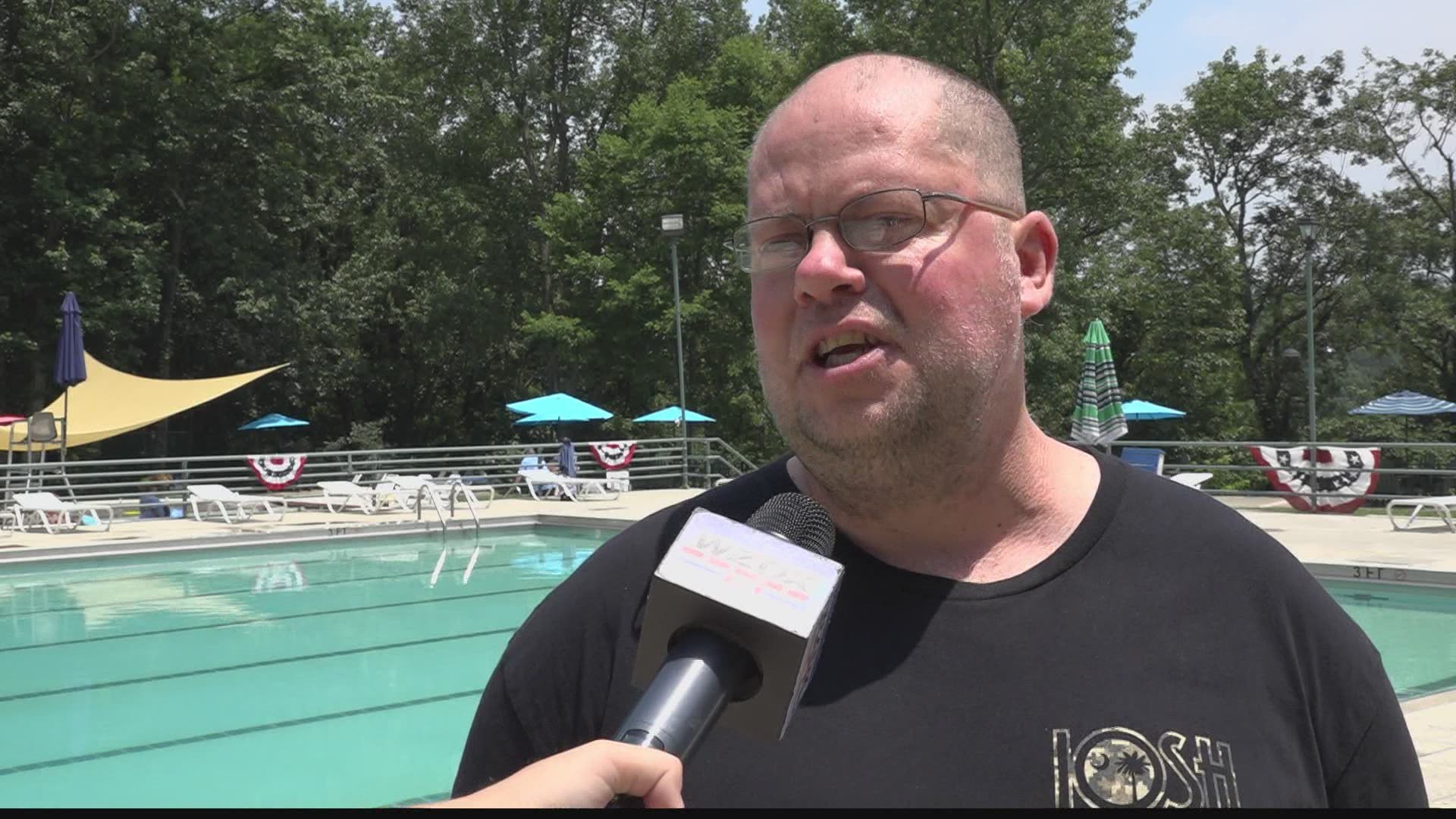 HUNTSVILLE, Ala. — Who says you can only celebrate Christmas in December? 305 8th Street, a Huntsville non-profit, held their annual Christmas in July celebration on Sunday.

WZDX's Nixon Norman caught up with some of the residents of 305 8th Street to see what their favorite part of the celebration was.

"Well, just getting out the house and coming swimming," said resident Kevin Colquitt. "Being around friends and stuff like that and everything."

"My favorite part? It's hard to pick a favorite part, but probably the dancing," said Jeffrey Scarbrough, another resident.

The party was fully equipped with a DJ, photo booth, food and lots of fun. The traditional Christmas ham was ditched for a meal more fitting of the summer: Barbeque.

"Hotdogs, hamburgers and baked beans and chips and all that kind of stuff," said Colquitt.

The celebration's deserts were highly regarded as well.

"Someone made homemade oatmeal cookies and they have been, like, they have touched my soul this morning," said Program Coordinator Cydney Amos.

And of course, it wouldn't be a Christmas celebration without Santa Claus, who left his reindeer at home.

RELATED: Life is starting to get back to normal for many in the valley

305 8th Street has been celebrating Christmas in July every year since 2013. Executive Director Andrea Williams said the yearly tradition was born out of necessity.

"In the summer, money and stuff runs out, both for the organization and residents and it was a boring time with nothing to do, and we needed necessities," said Williams. "It has just grown into a party and involves a pool and opening presents and it just, we can't change it now we have to keep on with the tradition."