16 units were displaced in a Huntsville apartment fire Sunday morning. 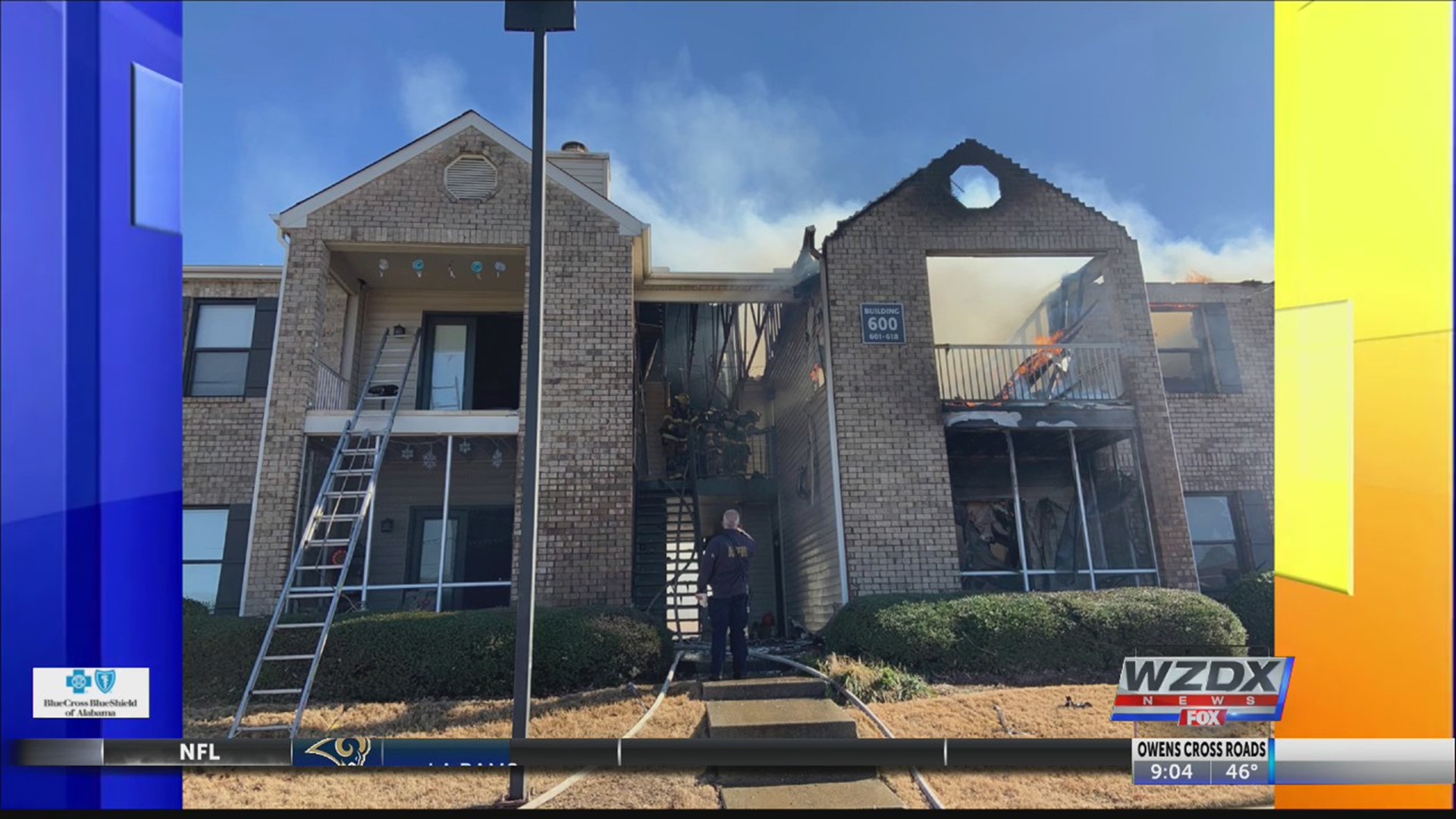 16 units were displaced and four of those units destroyed in a fire Sunday morning at the Sunlake at Edgewater apartment complex on Lakefront Drive SW. Huntsville Fire and Rescue say they got the call about the fire at 9:45AM.

According to Captain Frank McKenzie, an excavator was brought in to tear down some walls compromised by fire. No one was injured. According to Huntsville Fire and Rescue’s Facebook page, investigators are waiting until its scene is safe before they start the investigation. In the post, they said the American Red Cross was on scene assisting the people affected by the fire.