Its purpose is to combat the formation of ground-level ozone and the generation of fine particulate matter during warm weather months. 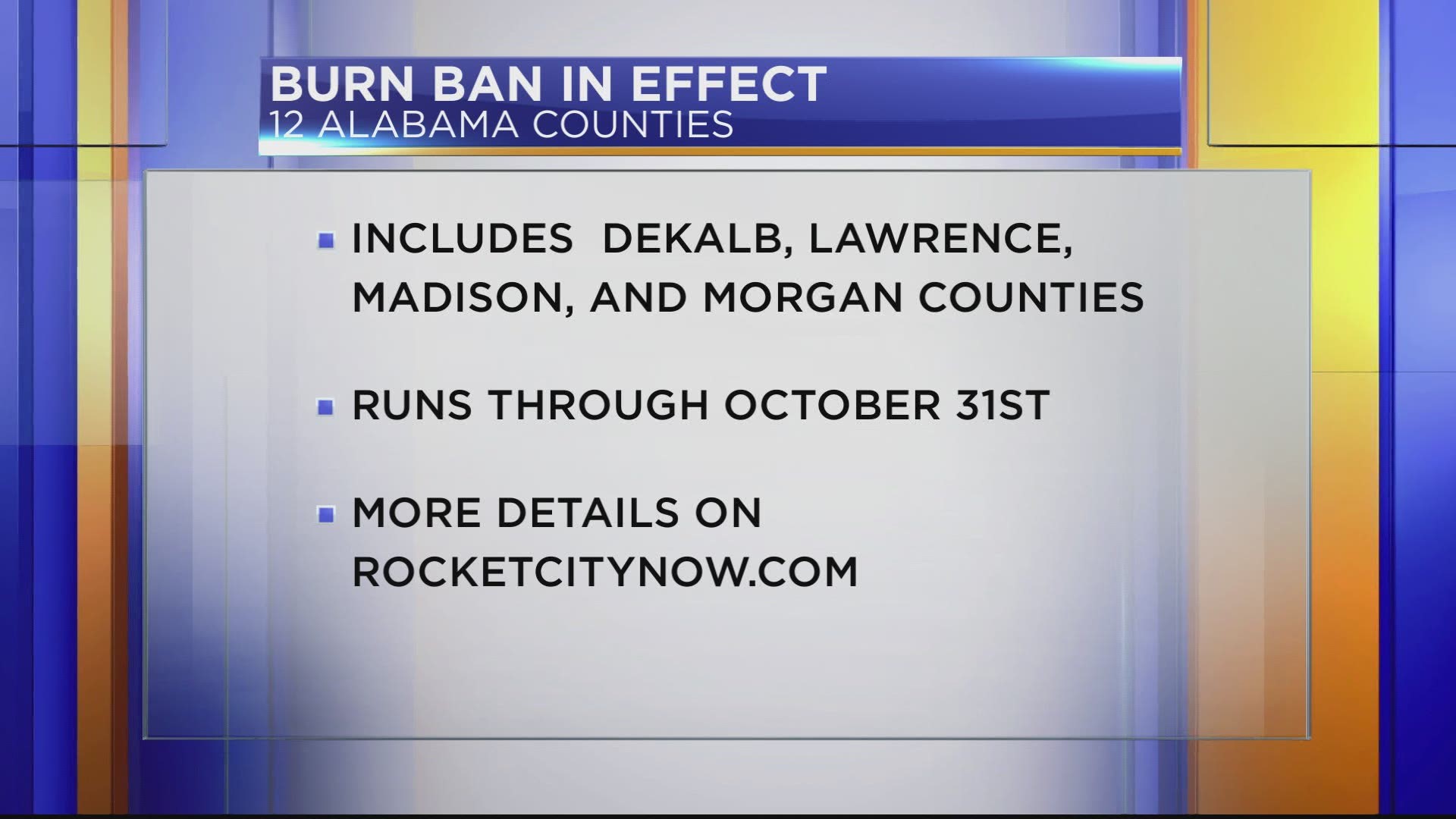 ALABAMA, USA — The Alabama Department of Environmental Management recently announced that 12 Alabama counties are now under an annual warm weather ban on open burning as part of the effort to protect air quality in areas of the state that have had a history of air pollution problems.

The burn ban runs from May 1 through Oct. 31 each year and covers:

“Prohibiting the open burning of wood, tree trimmings, brush and debris generated by land clearing and construction or demolition activities is an effective way to reduce the formation of ground-level ozone, which is formed when volatile organic compounds and nitrogen oxides react in the presence of heat and sunlight,” said Ron Gore, chief of ADEM’s Air Division. Though beneficial in the upper atmosphere, ozone is a respiratory irritant when found at ground level.

State law says “only vegetation and untreated wood” can be burned, according to Gore. Non-vegetative materials, such as oils, plastics, vinyl, paper, garbage, trash and treated and painted wood, cannot be burned anywhere in the state at any time, he said.

The burn ban is one of many efforts the ADEM uses to maintain air quality in Alabama. The environmental programs administered by ADEM under the federal Clean Air Act support the overarching goal of ensuring that all Alabama citizens have clean air to breath.