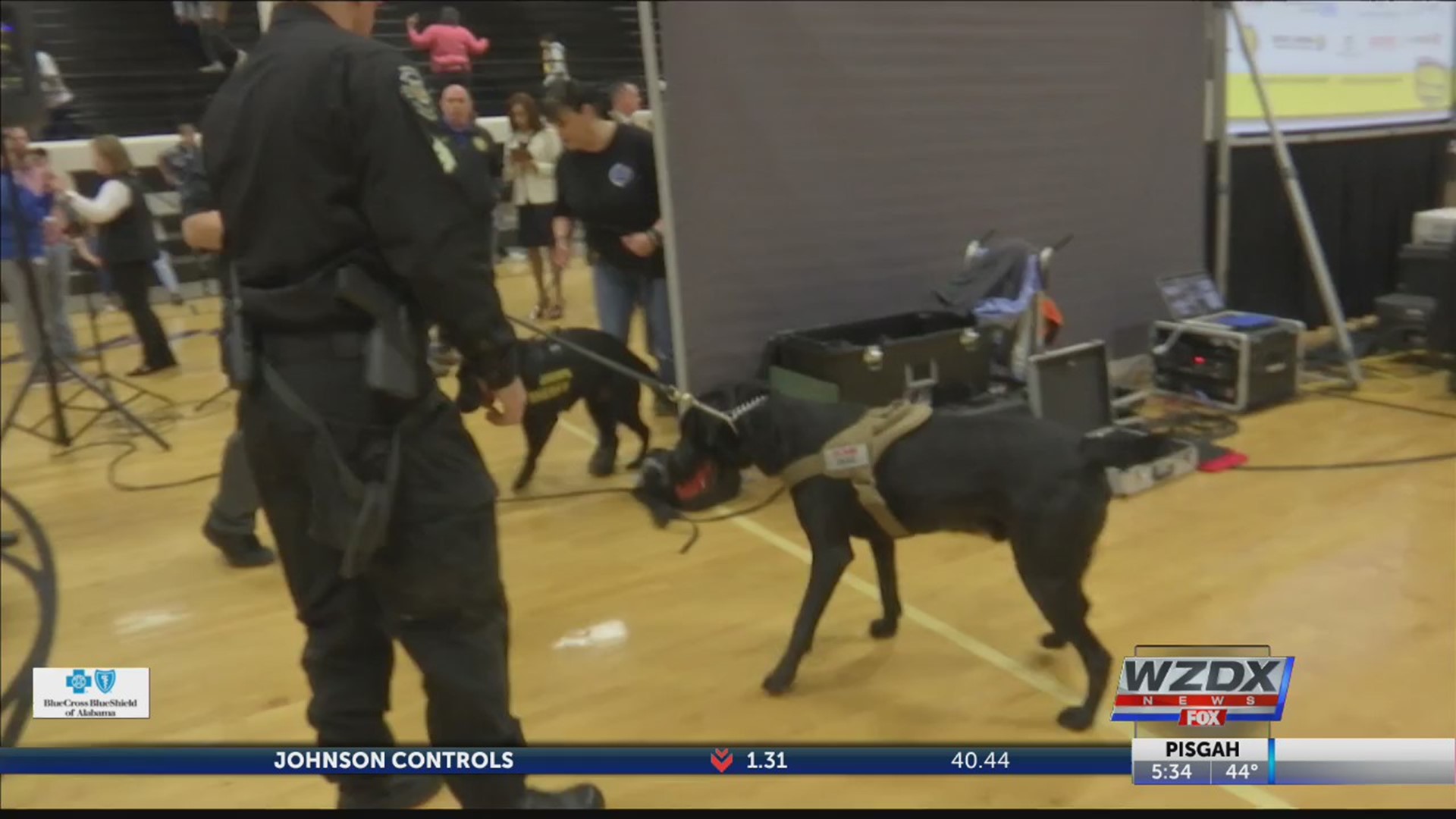 Local students connected with law enforcement Friday morning at Sparkman Middle School for their Liberty Learning Foundation Civics project. Seventh graders got to learn about how officers serve and protect our communities, and they in turn got to show law enforcement how they’re making a difference in the community.

Dozens of posters were set up in the gymnasium at the middle school, where students shared about the civics projects they came up with to serve folks in Madison County.

“We had people going to animal shelters, people going to nursing homes, reading to people, talking to them, raising toys for children in hospitals,” said Seth Hamilton, a seventh grade teacher.

Each poster represented a different project. Students got a chance to show officers how they’re serving the community.

“Our team name was called Team Retirement,” said Malachi Athey. “We went to a retirement home in Madison to give cards so they wouldn’t be as lonely because sometimes during the holidays they feel left out. They had interesting stories to tell. It was fun.”

Teachers say the project is about teaching the students to give to others– a big thing they teach in civics. One group of students decided to specifically give to law enforcement.

“We had one particular group that donated to police canines, which included Huntsville Police Department and the Madison County Sheriff’s Department,” said Deputy Andrew Lancaster, an SRO at the middle school. “They had toys for the canines, which is great because in downtime, the pups get tired and they need to do something.”

Teachers say students connecting with officers was an important part of the event.

“They need to know that law enforcement is on our side. They strive to protect and serve our community in so many ways,” said Hamilton. “Especially in today’s world with our community hurting like they are. They’ve lost a few officers.”

“It was really outstanding for us to interact with them,” said Huntsville Police Captain Mike Izzo. “Some of these projects were very heartfelt, especially during our time of mourning. It showed us what a great future we have in our children.”

Click here to learn more about the Liberty Learning Foundation.