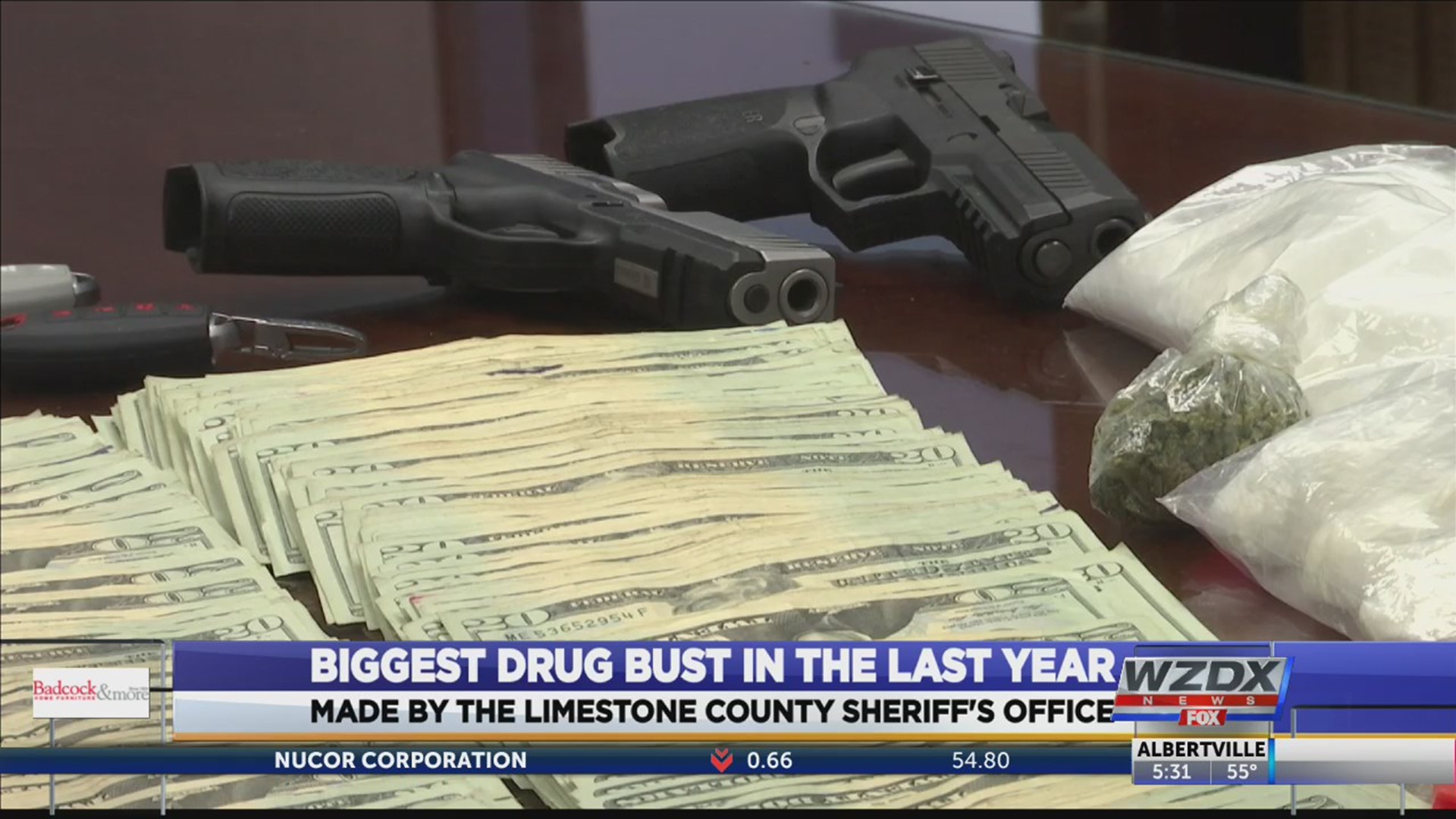 The Limestone County Sheriff’s Office announced that a search warrant served Monday yielded cocaine, meth, and $29,000 in cash. It’s one of the biggest drug busts they’ve had within the last year, investigators say.

Along with the cash, investigators found 3.4 lbs. of cocaine, half a pound of methamphetamine, two firearms, and a small amount of marijuana.

“About two months ago we received some information that a dealer was supplying cocaine and methamphetamine, said Jamie King, Narcotics investigator for the Limestone County Sheriff’s Office. “We started our investigation with some street level dealers and learned the identity of the supplier and the location of where the cocaine and meth was being stored.”

King says they called on the Northeast Alabama Drug Enforcement Task Force to help with surveillance during the investigation. With their help, they were able to develop probable cause for the search warrant they executed Monday night on Bristol Street.