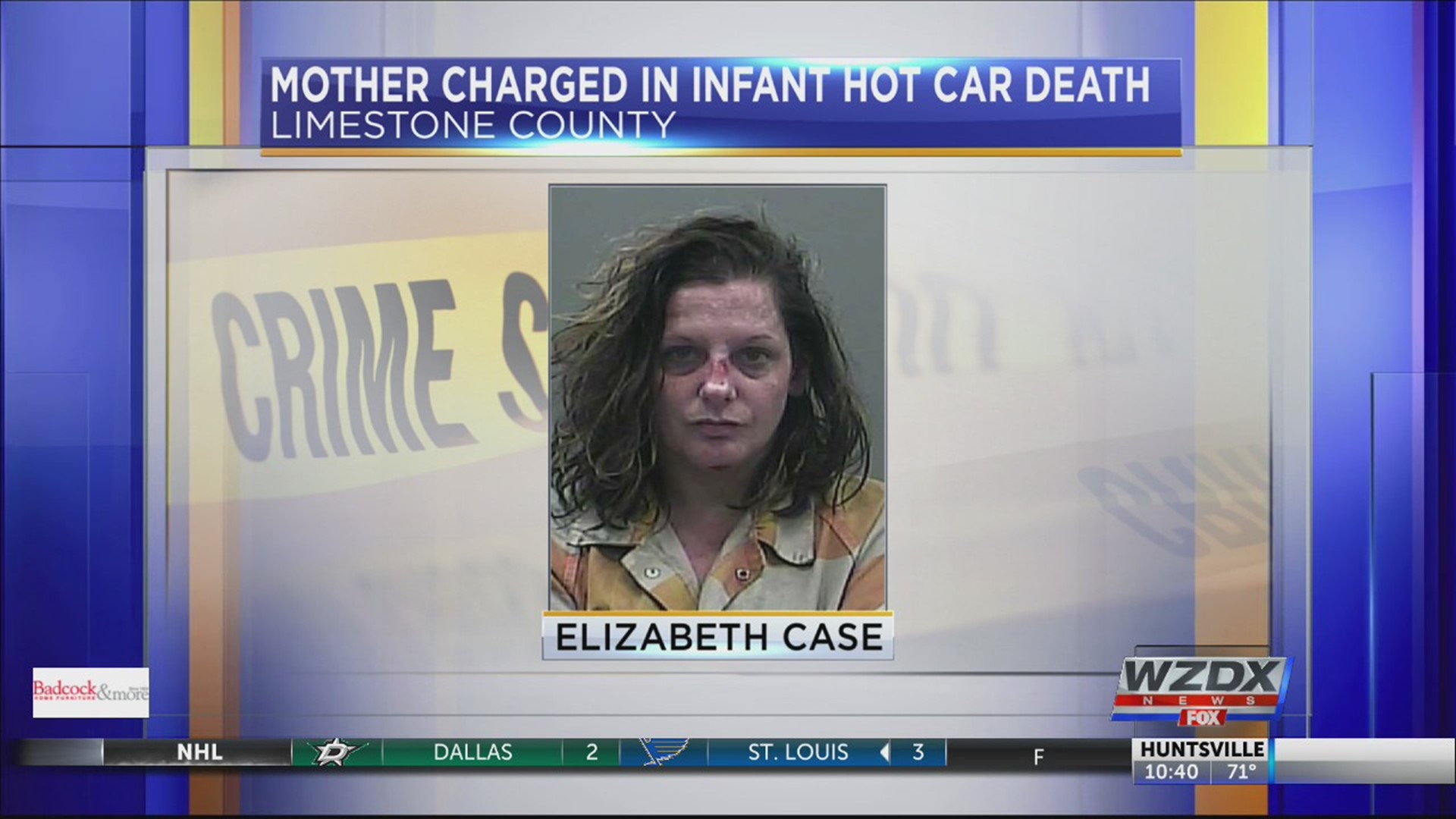 A Limestone County woman is behind bars after allegedly leaving her baby inside a locked car.

The 13-month-old baby died after he was left inside a locked car overnight Friday and into the afternoon hours on Saturday.

Elizabeth Anne Case, 36 of Toney, is charged with reckless murder. She was booked into the Limestone County jail. No bond has been set at this time.

Deputies responded to the intersection of Highway 251 and Highway 31 Saturday afternoon where Athens Police and Athens Fire were on scene with a vehicle containing the child, his mother and grandmother. Authorities determined the infant had been left inside a vehicle overnight Friday and well into Saturday on East Limestone Road, and that the mother and grandmother were attempting to transport the child to the hospital. The baby was transported to Athens-Limestone Hospital where he was pronounced dead.

Investigators determined that Case had left her residence on East Limestone Road between 9:00 and 10:00 PM with her child buckled into a front-facing car seat and without strapping the seat to the vehicle. According to authorities, Case went dumpster diving in both Limestone and Madison Counties while the child was in the vehicle.

Case returned home around 5:40 AM on Saturday and left the baby in the vehicle when she went inside the home and went to bed. Case awoke around 1:30 PM when the baby’s grandmother came to the residence to see him. She woke Case up by banging on the door when she couldn’t find her grandchild. They searched for the baby and found him in the car.

According to authorities, instead of seeking immediate medical help, Case took the child in the home and placed him in the shower. The grandmother called 911, loaded the child in the car with Case, and met Athens Police at the Recreation Center at Highway 251 and Highway 31. Investigators developed probable cause to arrest Case for murder and transported her to the Limestone County Jail.

Authorities say Case is a known drug user and was out of jail on bond for a 1st degree robbery.