John York is a 28-year old man white man with short hair and tattoos on his neck and face. 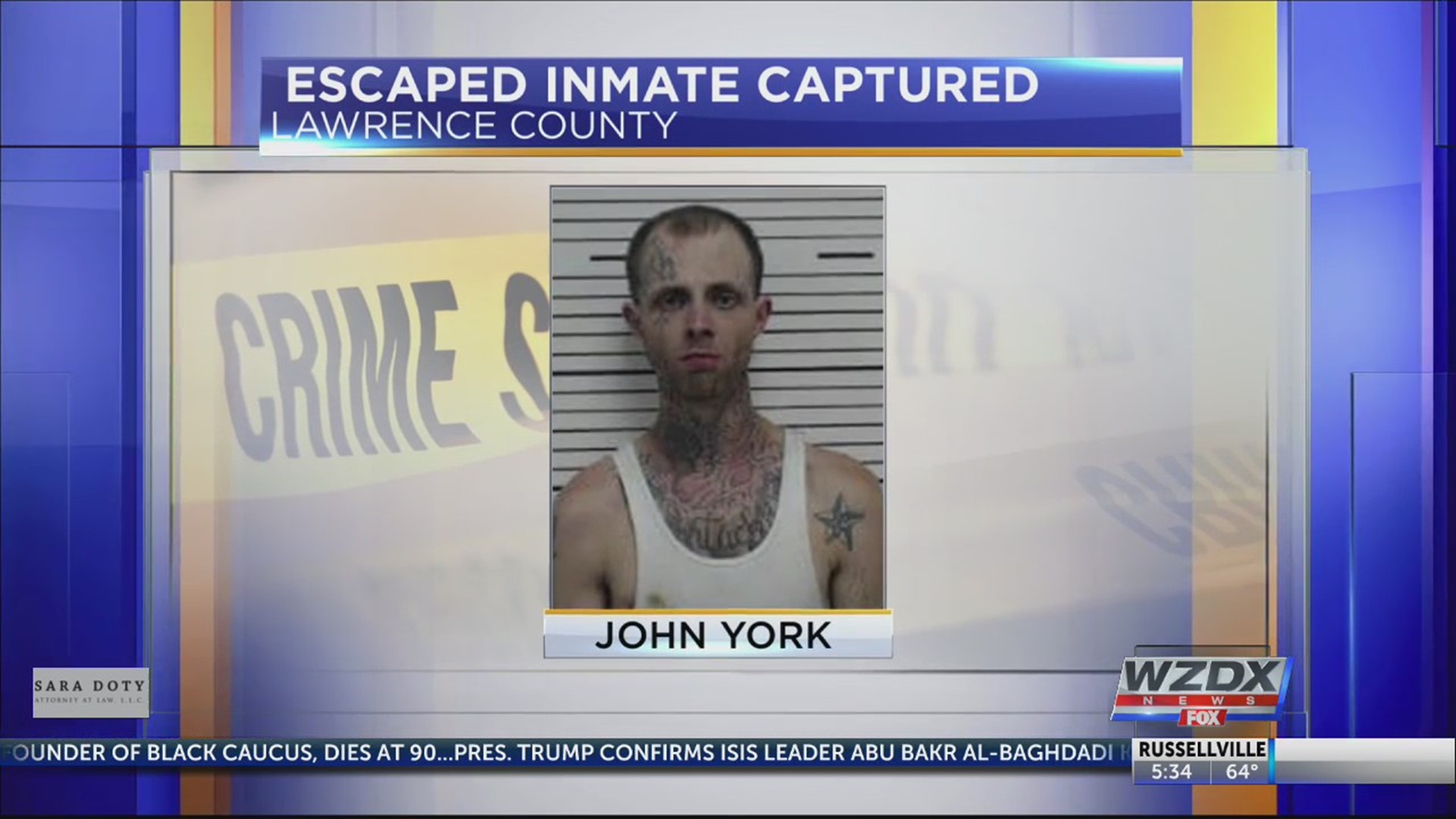 UPDATE (10/28): The Lawrence County Sheriff’s Office says that John York has been recaptured.

He was taken into custody without incident around 11:00 a.m. Monday, Oct. 28. York was found inside a local business less than a quarter mile from the Lawrence County Jail.

He is back in the Lawrence County Jail with 3rd degree Escape and 3rd degree Burglary.

The sheriff’s office says the internal investigation into the specifics of the escape is still ongoing and further information will be released at the conclusion of the investigation. 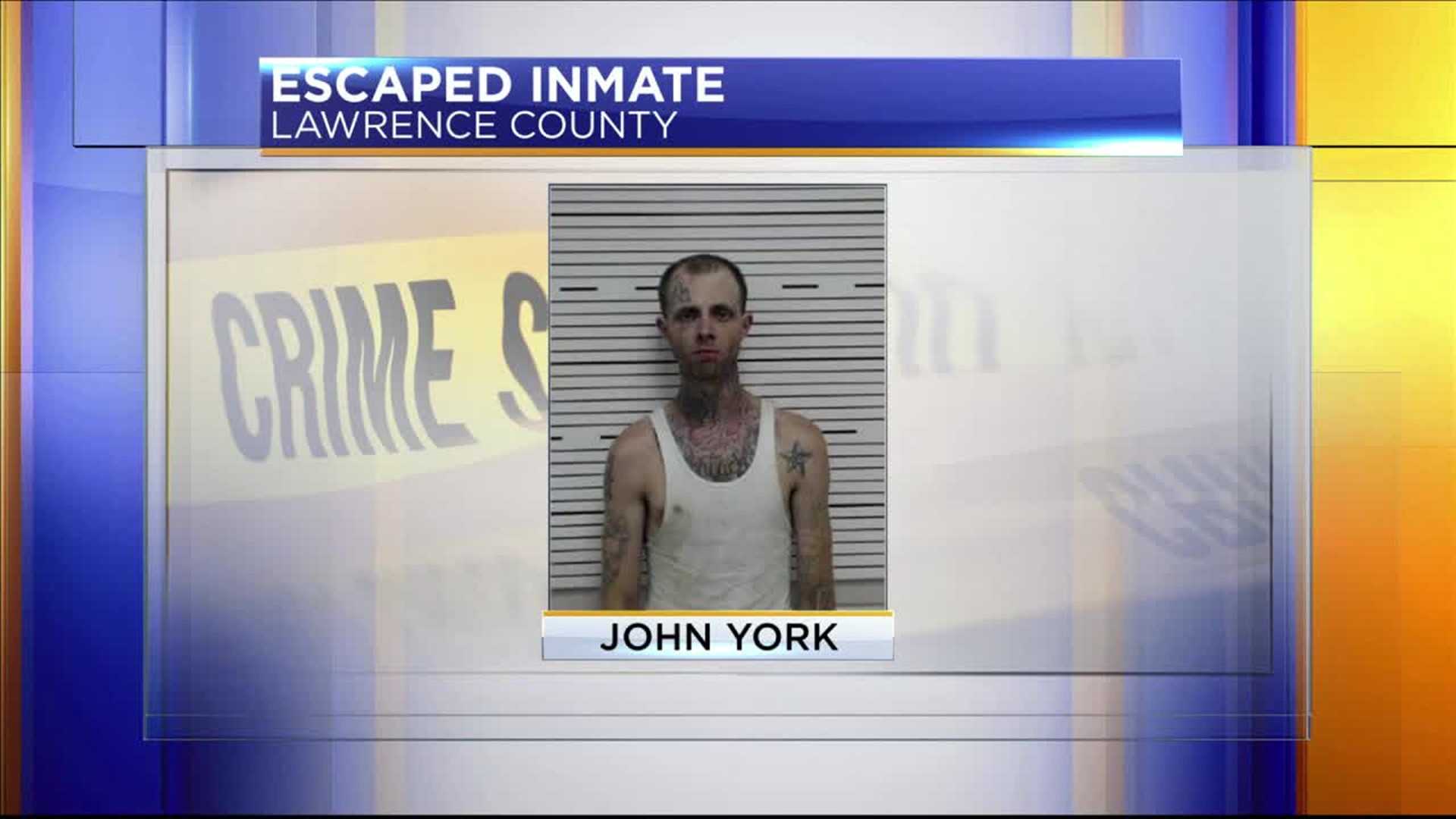 The Lawrence County Sheriff’s Office is searching for an escaped inmate who they say should be considered dangerous. He climbed the jail’s security fence and got out Sunday.

An internal investigation is going on into exactly how he escaped.