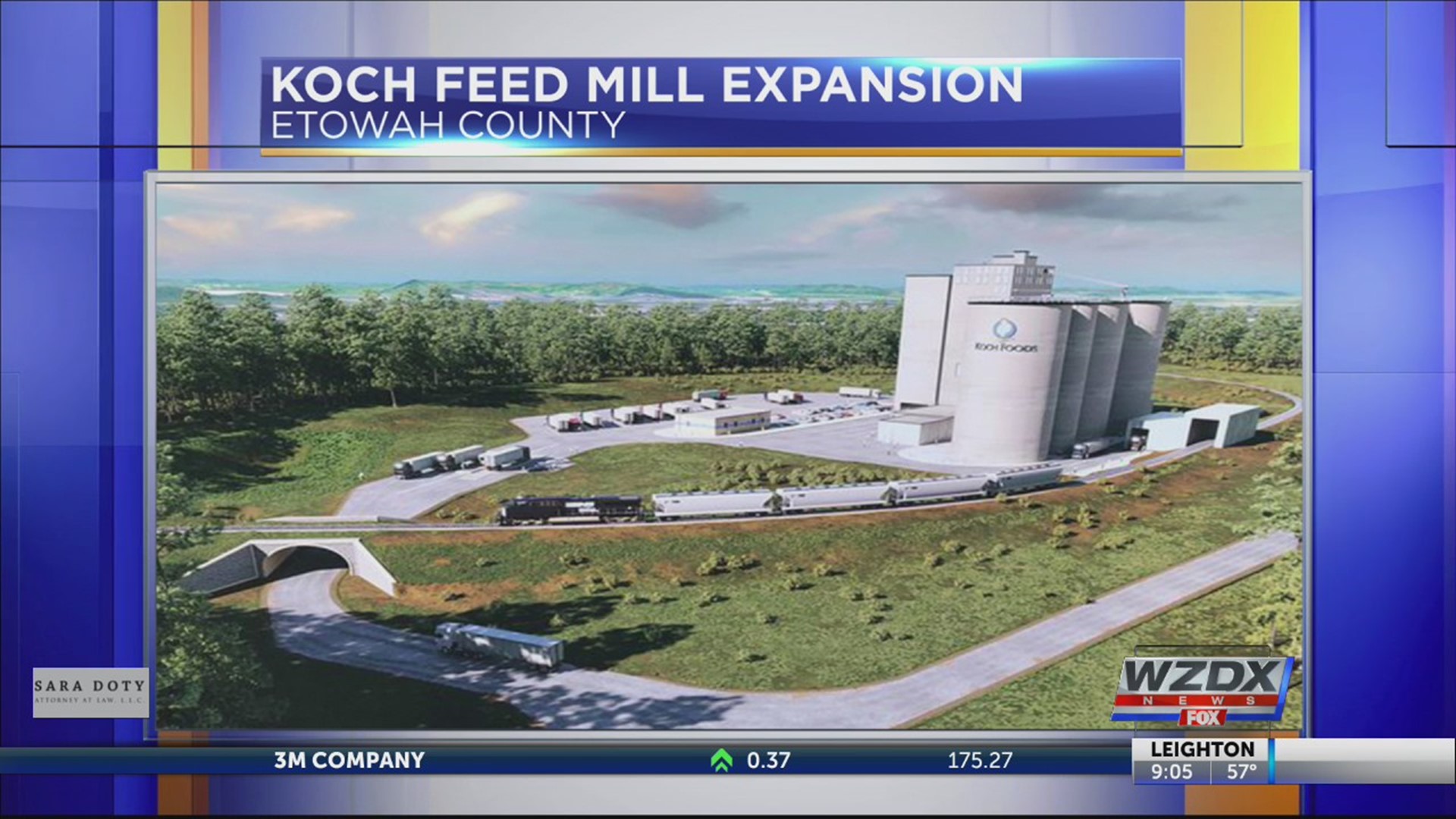 ETOWAH COUNTY, Ala. – Gov. Kay Ivey joined representatives of Koch Foods and local leaders in Etowah County Tuesday to announce the company plans to invest more than $50 million to establish a state-of-the-art grain storage and distribution facility in Attalla.

Koch Foods said the new poultry feed-mill will create 28 new jobs with an annual payroll of $1 million. The Attalla facility, designed with technologically advanced features for maximum efficiency, will support the company’s recently expanded processing plant in nearby Gadsden.

Koch (pronounced “Cook”) officials were on hand Tuesday morning to formally announce the project at a groundbreaking ceremony in the Northeast Alabama city. The new 130-acre facility in Attalla will have the ability to hold more than 1 billion bushels of corn, served directly by rail.

In 2018, Koch announced an $80 million expansion of its Gadsden plant as part of a growth project involving 200 new jobs. That project adds a fourth processing line to the facility, boosting production capacity and making the Etowah County operation one of the largest poultry-processing plants in the country. The Park Ridge, Illinois-based Koch employs more than 3,000 employees in Alabama and works with hundreds of local businesses and farmers at its four processing complexes in the state.

Construction is already under way at the Koch site, and the facility is expected to become operational in fall 2021. The company will start assembling a management team in the first quarter of 2020 and will begin interviewing prospective production workers in early 2021.