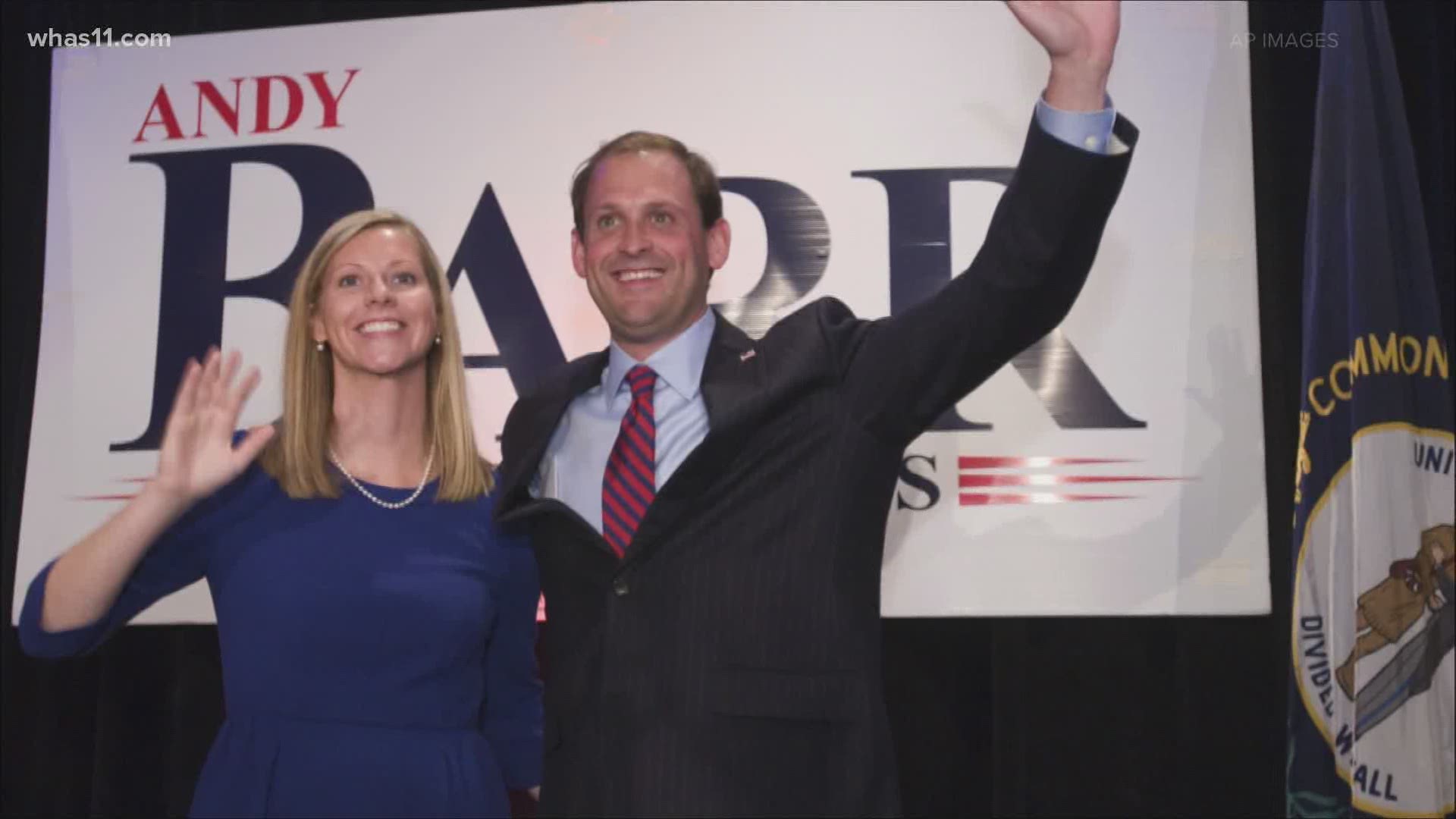 “During this tragic time, we respectfully ask for privacy for Congressman Barr and his family to grieve Mrs. Barr being called home to heaven. Congressman Barr may release a more detailed statement at a later date, but right now is solely focused on being a father to his two beautiful daughters,” Rosado said in a statement.

The cause of death has not been released.

"My prayers are with @RepAndyBarr, his children, and his entire family. This is an unimaginable loss. While we may disagree politically, we’re both family men and I can’t fathom the pain he must be experiencing right now. "

"Britainy and I are heartbroken for U.S. Rep. Andy Barr and his family tonight at the sad news of the unexpected passing of the congressman's wife, Carol. We are praying for the Barr family."

“Elaine and I are stunned and heartbroken at the news of Carol’s passing. Her warmth filled whatever room she entered and her contributions made Kentucky a better place for all of us. And to Eleanor and Mary Clay, Carol was a wonderful role model and source of constant love. We send our sincere condolences to Andy, their family and his staff at this terribly painful time.”

“Our thoughts and prayers are wholly with the Barr family this evening with the announcement of this unexpected and heartbreaking news. We hope the people of Kentucky join us in praying for Congressman Barr, his two young daughters, their family and loved ones as they navigate this incredibly difficult time.”

"Heartbroken to learn of Carol Barr’s passing. Carol was a wonderful mother and wife, and she was beloved by all who knew her. She will be deeply missed. My heartfelt prayers are with Andy, their children, and their entire family as they mourn this unspeakable loss."

“My heart goes out to Andy on the sudden passing of his beautiful wife and wonderful mother to their two girls, Carol. My family and I ask all Kentuckians to extend your heartfelt sympathy to the Barr and Leavell families, not only now but in the days and weeks to come. As written in Proverbs 18:22, “He who finds a wife finds a good thing. And obtains favor from the Lord.”

“Our hearts go out to the Barr family at this tragic news,” Republican Party of Kentucky Chairman Mac Brown said. “While there are no words that can heal the pain of losing a loved one, we pray together that God will comfort Congressman Andy Barr, their daughters, and the entire family through this very difficult time.”

“As a Scott County native, I have known Carol my entire life,” said Commissioner Quarles. “Carol was a valued member of our community, a wife, and, above all, a mother to two daughters. Every time I saw her, she had a smile on her face, which shined like the Kentucky sun. I mourn the loss of my friend and cannot imagine the level of grief Andy and his family are experiencing. My prayers are with Andy and his daughters during this time. I ask that all of Kentucky join me in praying for them.”

RELATED: McGrath's in the race, but can she beat McConnell?