Former vice president Joe Biden will make a campaign stop in Alabama on Sept. 15. The former VP will bring his 2020 campaign for president to Birmingham This tr... 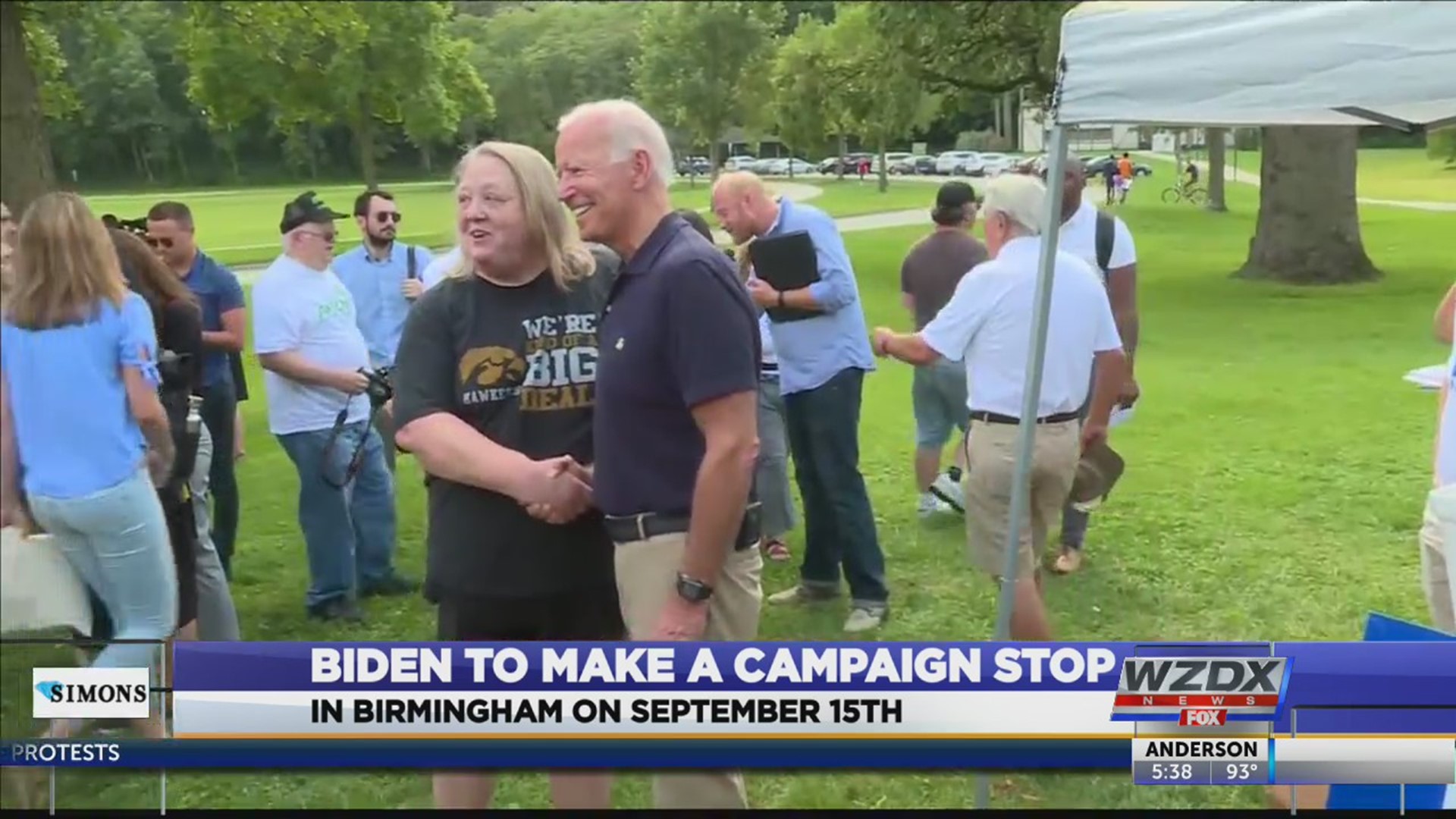 The former VP will bring his 2020 campaign for president to Birmingham This trip will make him the sixth 2020 democratic presidential candidate to visit Alabama.

He has already secured the endorsement of Alabama’s top democratic official, Senator Doug Jones. Biden last made a public appearance in Alabama in 2017, when he stumped for Jones during the special election to fill Jeff Sessions’ seat.