El Paso County is one place to experience minimal power outages, despite getting battered by the historic winter storm. 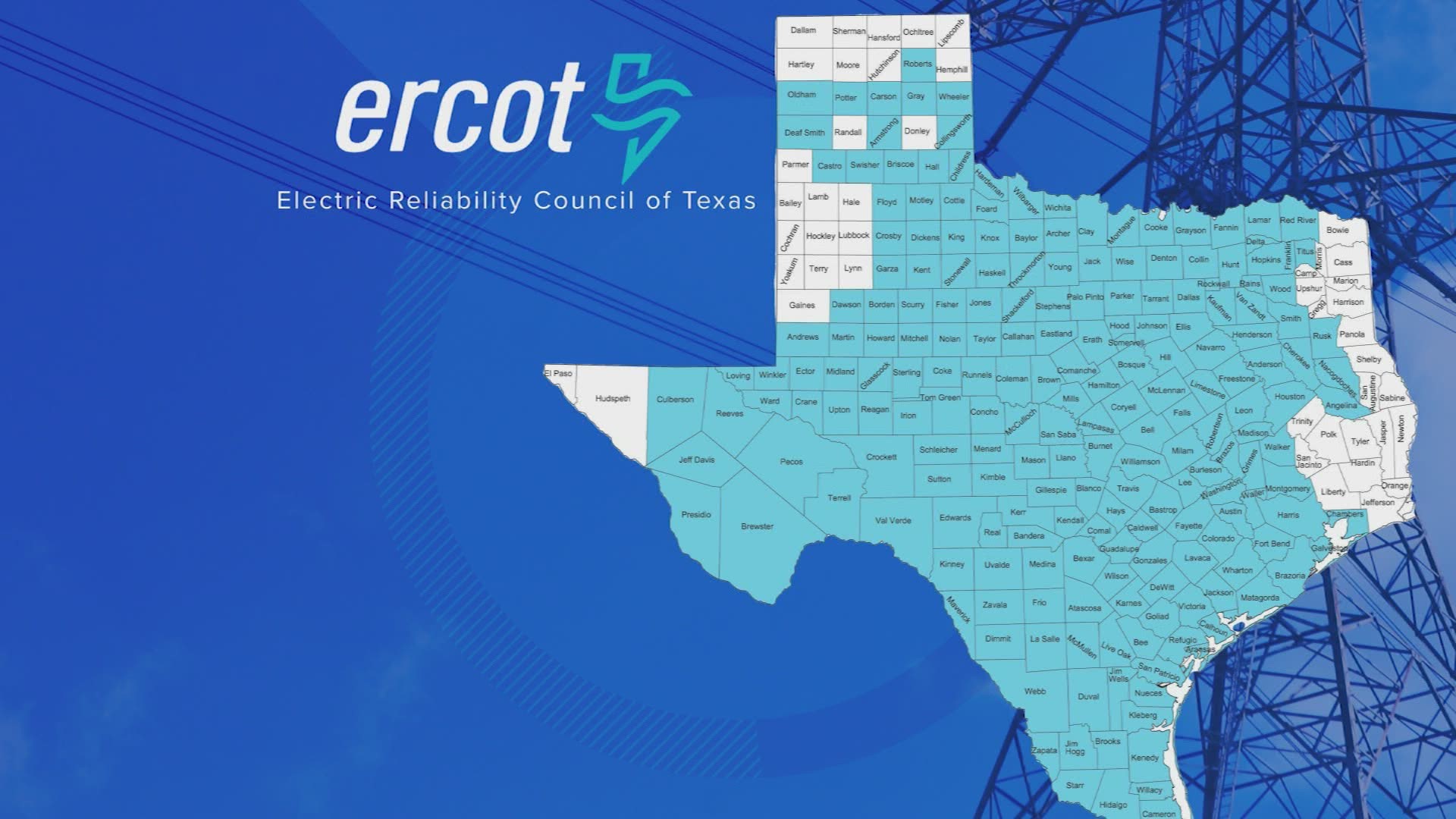 HOUSTON — Some parts of Texas that were battered by the winter storm of 2021 had relatively few homes lose power.

They are primarily in areas outside of those supported by ERCOT, the Electric Reliability Council of Texas, which manages the electric grid for 90% of the state and operates separately from federal oversight and regulation.

El Paso County is one place to experience minimal power outages, despite getting battered by the historic winter storm.

“We had about three thousand people that were out during this period, a thousand of them had outages that were less than five minutes,” said Eddie Gutierrez, vice president of strategic communications for El Paso Electric.

RELATED: Texas didn't learn its lesson | Experts say little has changed with winterization of generators since blackouts of 2011

Gutierrez said the company learned a hard lesson and after a big freeze hit Texas in 2011. It invested millions in cold-weather upgrades.

“Making sure that we had we could winterize our equipment and facilities so they could stand minus-10 degree weather for a sustained period of time,” he said.

On the east side of the state, several counties around Beaumont also suffered relatively few outages, according to the website poweroutage.us which collects and aggregates data across the country.

The Beaumont area is served by Entergy, which also beefed up winterization efforts in preparation for the storm.

But weatherization standards are voluntary in Texas, and state utility regulators said they have traditionally focused more on hot weather and hurricanes, not the bitter cold.

“There’s probably a need to take a look at what those standards are and see if they need to be adjusted,” said Andrew Barlow, spokesperson for the Texas Public Utility Commission.

The issue is likely to come up in coming weeks at the Texas capitol, as Gov. Greg Abbott has made ERCOT reform an emergency item on the legislative agenda.