Eika says, “It means a community that just loves each other, loves culture, loves family, loves diversity… and it’s beautiful.” 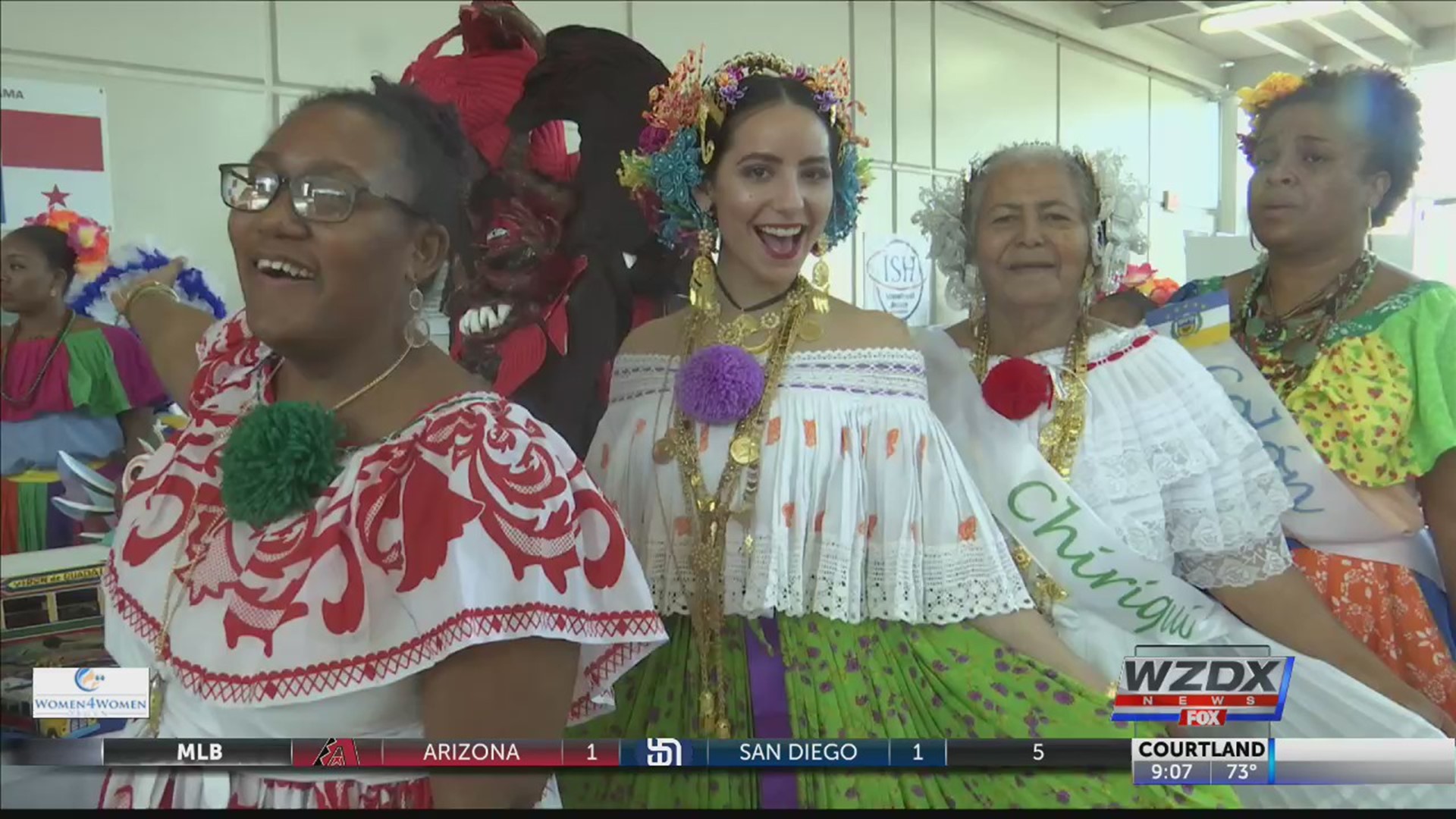 Food, games, dancing and much more in Huntsville.

The city is celebrating the diverse backgrounds of its inhabitants, and acknowledging the cultural differences that bind us together.

Krystal Adams, who was in attendance and representing Ghana, which is where her family is from. Adams tells our reporter that she’s glad that citizens of Huntsville are excited about sharing their backgrounds with one another. Adams adds , “This is America. This is what America is, we are a mixing bowl of all people so it’s nice to know different people and different customs.”

Today marks 10 years of celebrating unity in diversity with the International Festival of North Alabama (iFest), but this month is a very special month for some of the attendees.

It’s late September, which means it’s Hispanic Heritage Month. The celebration spans from September 15- October 15. We met up with Dora Disla, she’s attending for the 9th year in a row representing her country of birth, Mexico.

Dora Disla spends weeks preparing the theme for each year’s booth, and this year’s setup is all about the impact of the Aztec people. She shares why it’s so important for her to be here representing her country. “I want the kids, the little ones, to learn the culture. And I want them to enjoy it. Every year. I can continue every year, doing this… and it’s a blessing for me to do this,” says Disla.

We also met up with Eika Earlington, who attended representing Panama. She told us what Hispanic Heritage Month means to her. Eika says, “It means a community that just loves each other, loves culture, loves family, loves diversity… and it’s beautiful.”

Locals say today was a sight to see, with numerous and distinctive groups of people coming into one space to teach one another, listen, and learn together.