The first official hearing was held today in an impeachment investigation against President Trump’s former campaign manager, Corey Lewandowski. According ... 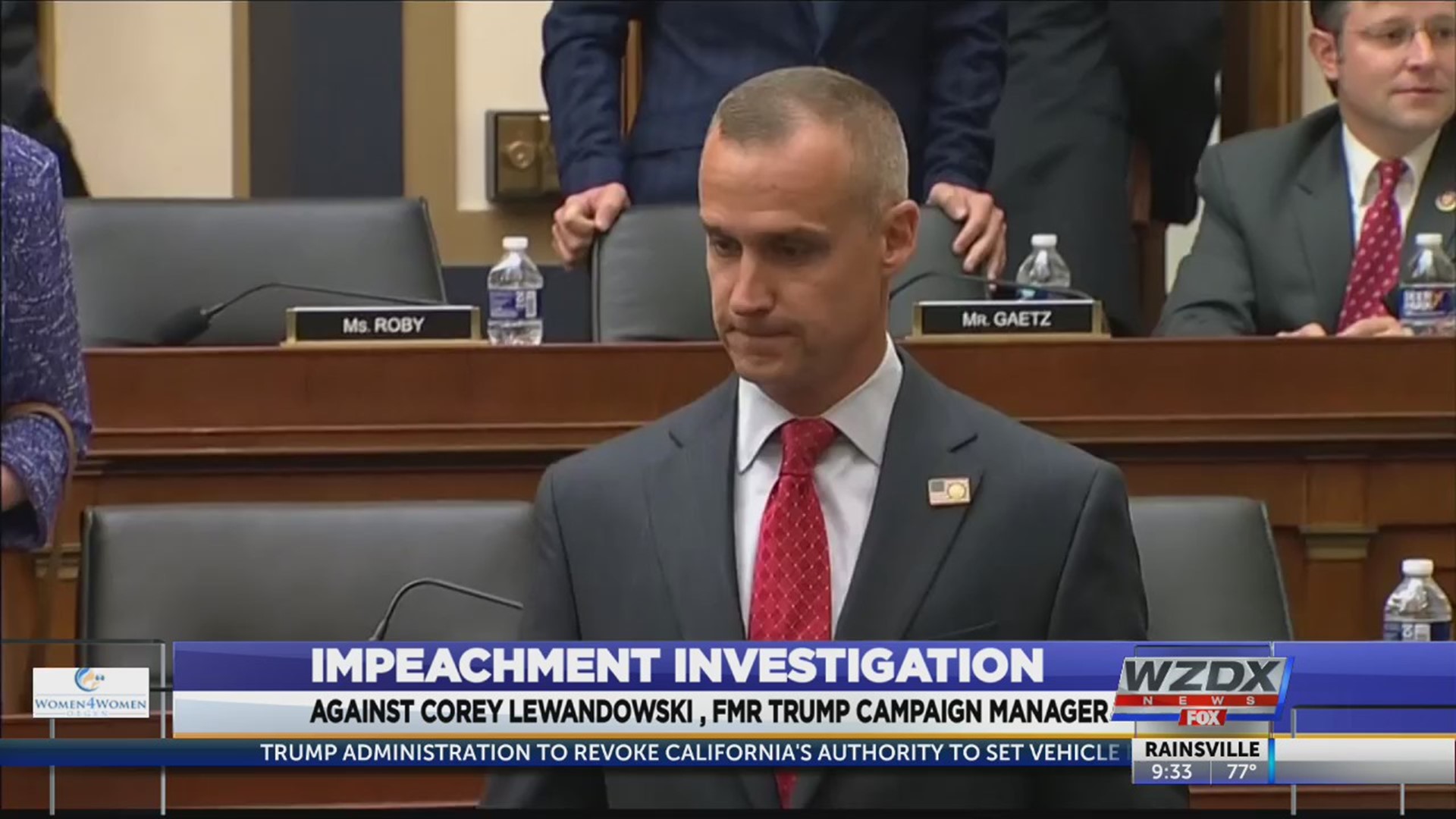 According to the Mueller report, President Trump asked Lewandowski to direct then-Attorney General Jeff Sessions to curb the Russia probe.

But Lewandowski told lawmakers today he never delivered that message. Democratic leaders say the Trump administration is engaging in a cover-up by limiting what Lewandowski can say.

But republicans argue these impeachment hearings are a meaningless show.