I turned 40 and got my first mammogram. Now, I have to go back for a biopsy.

I wasn’t expecting abnormal results, but who does? 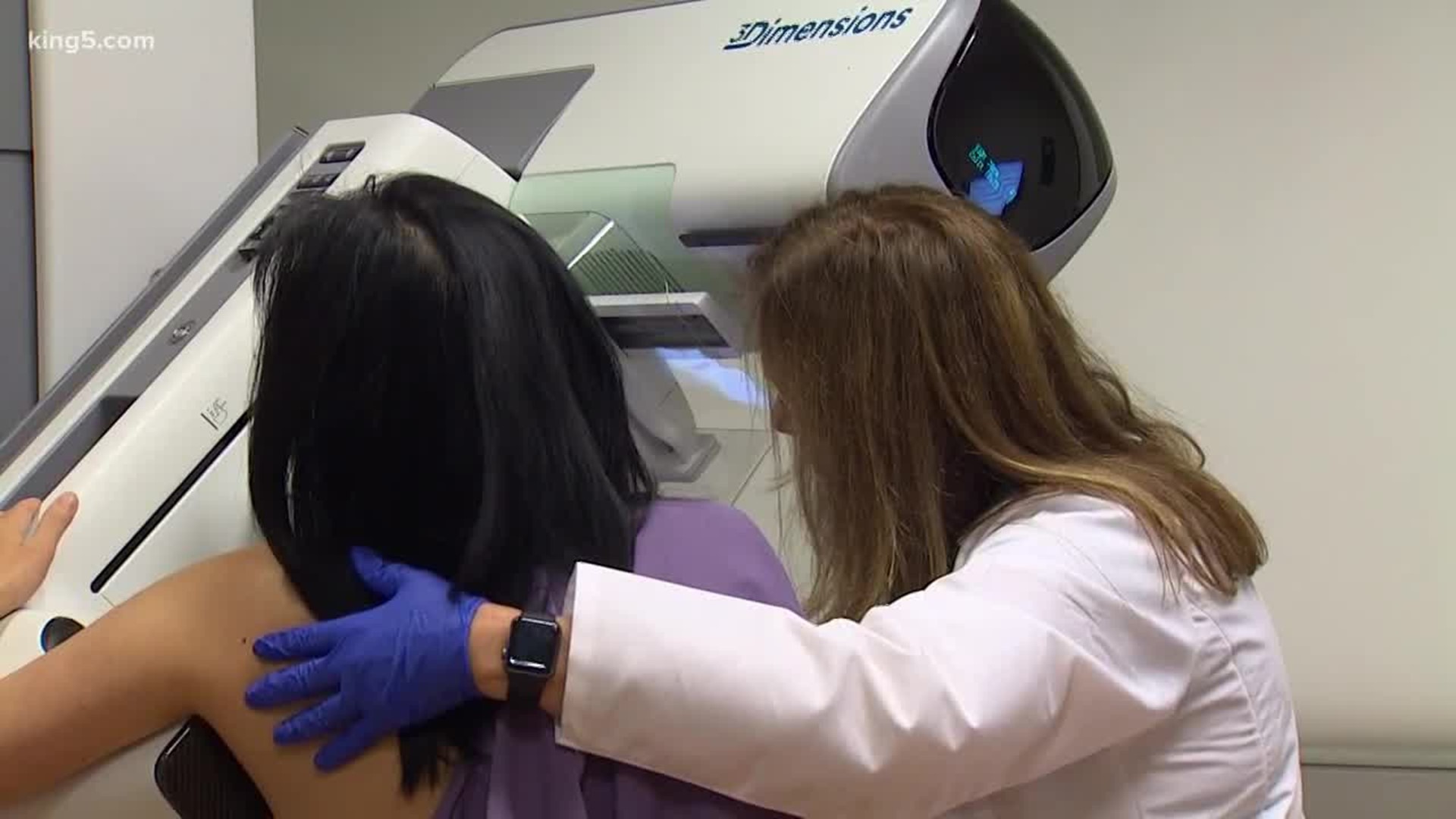 There are a few milestone birthdays that are coupled with landmark health screenings. Though there is some disagreement nowadays on when to get a mammogram, I put it on my radar for my 40th birthday. I even thought I’d schedule it as a story because then I could get a twofer out of the deal — get a story out for the many stories we do for Breast Cancer Awareness Month and bypass the normal wait time for scheduling.

My executive producer and I decided on doing a story about barriers women face when it comes to getting mammograms. Turns out, studies show women still don’t like getting screened because they’re afraid of pain (I was). Another barrier impacts foreign-born women living in the United States. A new study shows they are less likely to get screened than their counterparts. When I talked to local mammographers, they said it might be cultural differences or lack of knowledge — for example, some women may not be used to the idea of changing in front of other people. Many more barriers for women of color, low income or those who live with disabilities.

Anyway, the folks at Swedish Breast Imaging Center were able to help us with our story request — they were able to get me in fairly quickly, and I was also able to get a 3D scan. I really wanted the 3D because I heard that if you have dense breast tissue (which half of all women do) then specialists could spot it better on a 3D.

RELATED: Yes, men can get breast cancer, too

My mammographer explained it like this — in an x-ray, a breast with dense issue looks like clouds. However, cancer also presents white on an x-ray. So in a 2D x-ray, it wouldn’t really show up. A 3D image would be able to see more detail. They also told me that in the last couple of years there have been law changes that benefit women when it comes to mammograms — state law requires doctors to tell you if you have dense tissue and that insurance companies are required to cover 3D x-rays as preventative care. Now, at what level your insurance covers 3D is another issue.

Let’s talk about the pain

When I went in, I was nervous. The mammographer could tell. We all knew it. You have to put your breast in this machine where it is compressed (or more like squished) for about five seconds. I was told not to breathe during that time as well, so I know it wasn’t really that long since I can’t hold my breath for anything. I was honestly surprised at how painless it was. I mean, it was uncomfortable, but it wasn’t that bad at all! I felt like I could get through it because it was hardly any time. We did four scans total – two on each breast. One at a “normal” angle, and one at a 45-degree angle for each breast.

What they could tell me right then in the office

After the scans were over, the mammographer went away and had the radiologist look at my x-ray. It took 10 or 15 minutes for the mammographer to come back and say, “Well, you get the full deal! We’ve got to go back and rescan.”

Well, that is when things started getting a little blurry because I could tell that that couldn’t be good, though the mammographer warned me that could happen because it was my first mammogram. She said that it is not uncommon to get more scans on the first mammogram because they don’t have any baseline of your breasts. Basically, your breasts are like fingerprints — they are uniquely yours, and doctors don’t know what they’re made of until they see them. So, that cluster of stuff on your boob may be normal for you, but how could anyone know if they’re seeing you for the first time?

Still, I didn’t really like the way I thought it was headed because I was secretly hoping they’d say, “You look great! You can go home!”

Rescan it was. We did about five more scans, and those were a little more uncomfortable. They were basically in the same position, but it seemed like the compression came through stronger. Again, it lasted only a few seconds, so it was nothing.

What they found on second look

On second look they found a cluster of calcifications in my right breast. Usually, that is nothing to worry about — most of the time, they are benign. However, it’s a big deal to hear for the first time, “It could be nothing. Or it could be cancer.” I mean, really. I know that’s the truth, but when you hear something like that, it takes your mind to many places.

The great thing is that when I posted it on social media, a lot of women shared their own personal stories.

“Thank you for doing a story on mammograms and showing the reality.”

“I found a lump in my breast. It hurt like a motherf—–, but they also found calcification in there. They ended up being fine, but the moral of your story and anyone who gets a mammogram is that we are doing early prevention.”

I should say thank you to all the women who kept me grounded. I sometimes get criticized for sharing so much of my personal life, but the truth is, I believe it helps all of us. I don’t think any of us should suffer in silence, and I think we’re better in numbers. I feel so much better once I can get something out of my system, and this helped me.

I have to go back for a biopsy, and I’m hoping that it turns out great, but if not, we will cross that bridge.

I am still learning as this process continues, but I think I’ve discovered a few things.

Get the mammogram, but don’t stop with a standard one. Ask for the 3D because there’s a 50% chance you’ll have dense breast tissue and need it. Caveats include calling your insurance and asking your doctor what exactly is covered. I am still unclear on what I’ll have to pay, but I was assured that it would be minimal.

Know that your mammographer is there to help. Work with them as a team. They do not want to hurt you, so tell them when you’re uncomfortable.

“No mammographer wants to go in there and cause anybody a lot of pain,” said Laura Roberts of the Swedish Breast Imaging Center. “And the way that we position now, and the way we image now is just so much better than 30 years ago.”

Learn about the density of your breasts. I learned that my breast tissue is dense, but it’s not very dense. I know that sounds silly to know, but once you know, you can make educated decisions based on your body.

Don’t be afraid of the pain. The pain is more like discomfort. In the world of “things I don’t want to do”, I’d say it ranks up there with my yearly pelvic exam, but the great news about a mammogram is that it could potentially detect something before you start seeing the signs of cancer or feeling pain. That is prevention, my dear.