The Huntsville Museum of Art (HMA) is celebrating the 50th anniversary of man’s first step on the Moon with the exhibit A New Moon Rises. 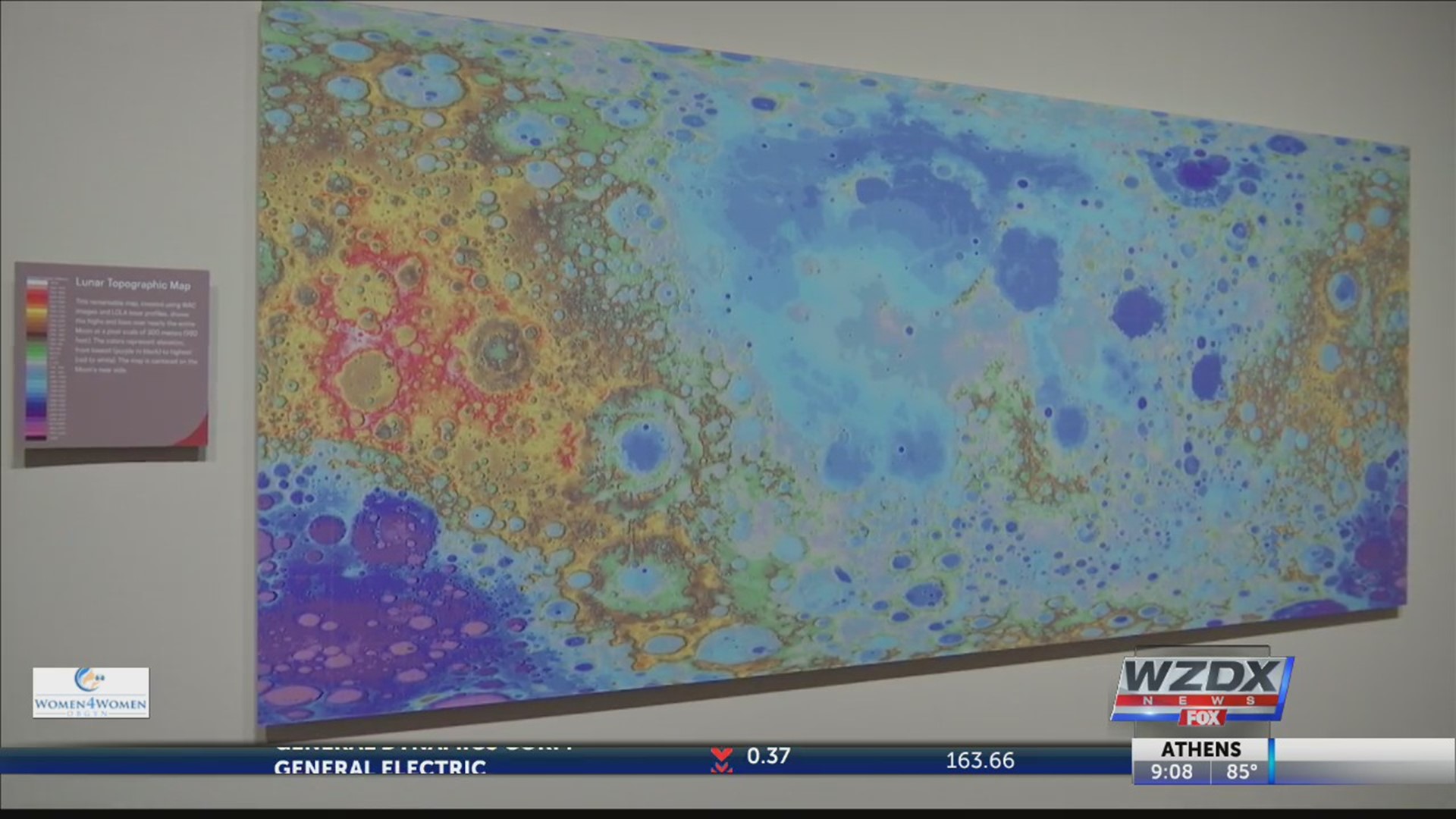 The Huntsville Museum of Art (HMA) is celebrating the 50th anniversary of man’s first step on the Moon with the exhibit A New Moon Rises, which will feature dynamic images of the Moon captured by the Lunar Reconnaissance Orbiter Camera (LROC). The exhibit opened May 19 and will be on view now through August 11.

“Nearly 50 years ago, Huntsville played an integral role in sending humans to the Moon,” remarked HMA Executive Director Christopher Madkour.  “We are proud to showcase a piece of the history from that journey through these captivating photos.”

A New Moon Rises is a traveling exhibition from the Smithsonian that will feature 51 large-scale and highly detailed photographs of the Moon taken by the LROC from 2009 to 2015. The LROC was originally designed to prepare NASA for future human missions to the Moon but is now used to explore our closest celestial neighbor. Since its launch, the LROC has taken over a million photographs of the Moon.

The images display dynamic views of the Apollo landing site, cavernous craters, and vast mountain ranges. These photos presented scientists with the opportunity to study the Moon and how much it has changed since astronauts walked on its surface. For example, LROC scientists have discovered small lava flows that are evidence the Moon may have been volcanically active as recently as 100 million years ago and young faults that suggest the Moon is tectonically active today.

A New Moon Rises focuses on six themes: Global Views, Exploration Sites, Discoveries, Vistas, Topography, and Craters. Organizers sorted through thousands of photos taken by the LROC and used these themes to ascertain which photos to display in the exhibit. Visitors will get an up-close look at the surface of the Moon and chance to experience just a sample of what those astronauts first encountered in 1969.

A New Moon Rises was developed by the National Air and Space Museum’s Center for Earth and Planetary Studies and the School of Earth and Space Exploration at Arizona State University. The national tour is organized by the Smithsonian Institution Traveling Exhibition Service (SITES).

You can find more information on the exhibit here.