BIRMINGHAM, Ala. (AP) — Hundreds of people packed an Alabama church to overflowing Sunday for the funeral of a girl who police say was killed after being kidnap... 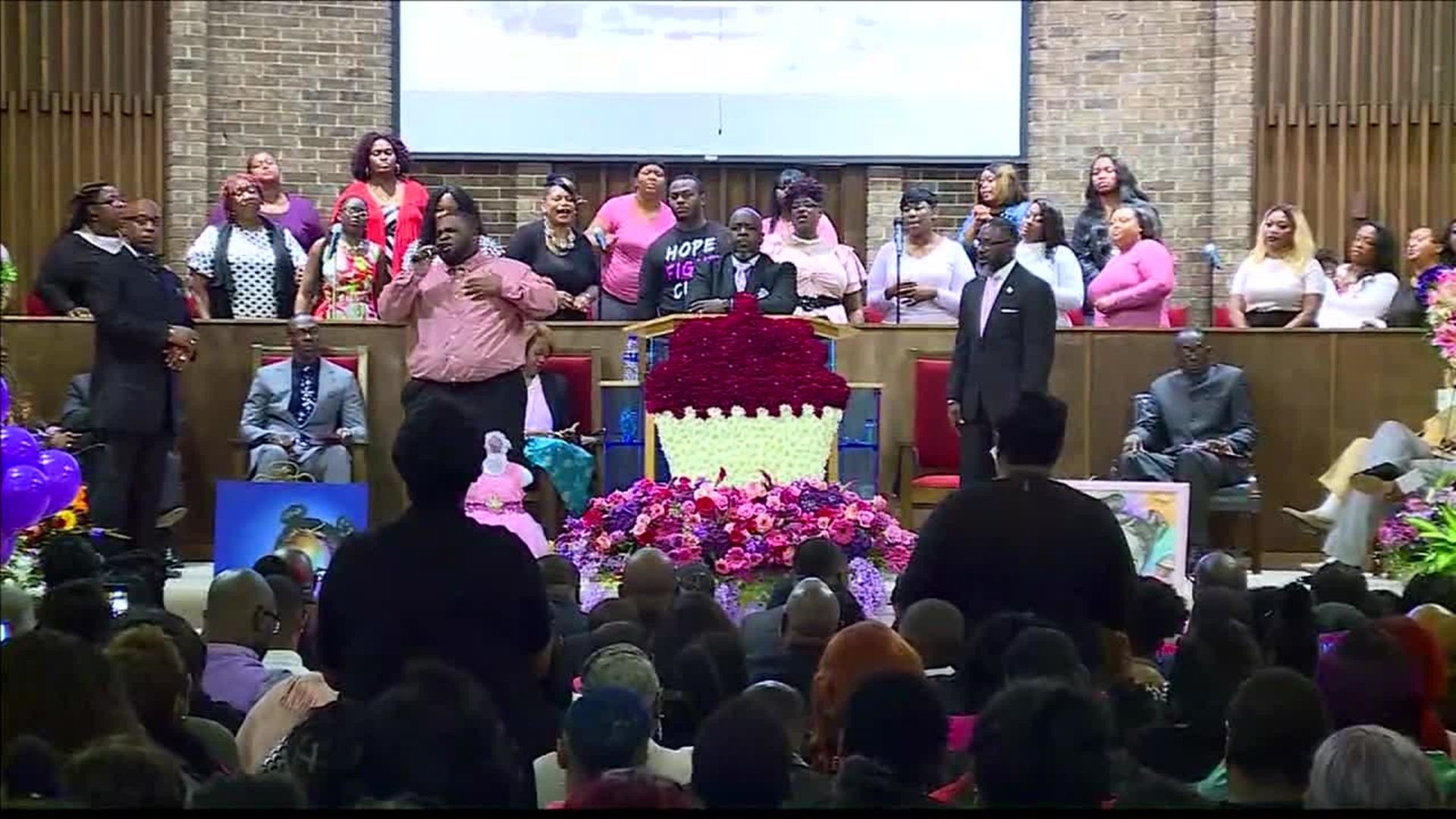 BIRMINGHAM, Ala. (AP) — Hundreds of people packed an Alabama church to overflowing Sunday for the funeral of a girl who police say was killed after being kidnapped from a birthday party.

The funeral of 3-year-old Kamille McKinney was held at the New Beginning Christian Ministry in Birmingham. That 700-seat church is less than 10 miles from a public housing project where the girl, also known as “Cupcake,” was abducted Oct. 12. A fellowship hall was used to seat a large overflow crowd amid a program marked by tears, somber prayer and joyous gospel music.

McKinney’s body was found amid garbage 10 days after the abduction. Authorities have charged a man and a woman with kidnapping and capital murder in her death.

The child’s disappearance and the subsequent discovery of her body prompted an outpouring of sympathy throughout the city and beyond.

A citywide vigil was held outside Birmingham City Hall recently after the discovery of her body.

News outlets reported there was a float in the child’s honor at Birmingham’s annual Magic City Classic Parade during the weekend.