Hundreds at Walk to End Alzheimer’s in the Shoals

Over 64 teams this year here in The Shoals , determined to reach their goal of raising 150,000 dollars toward Alzheimer’s research. 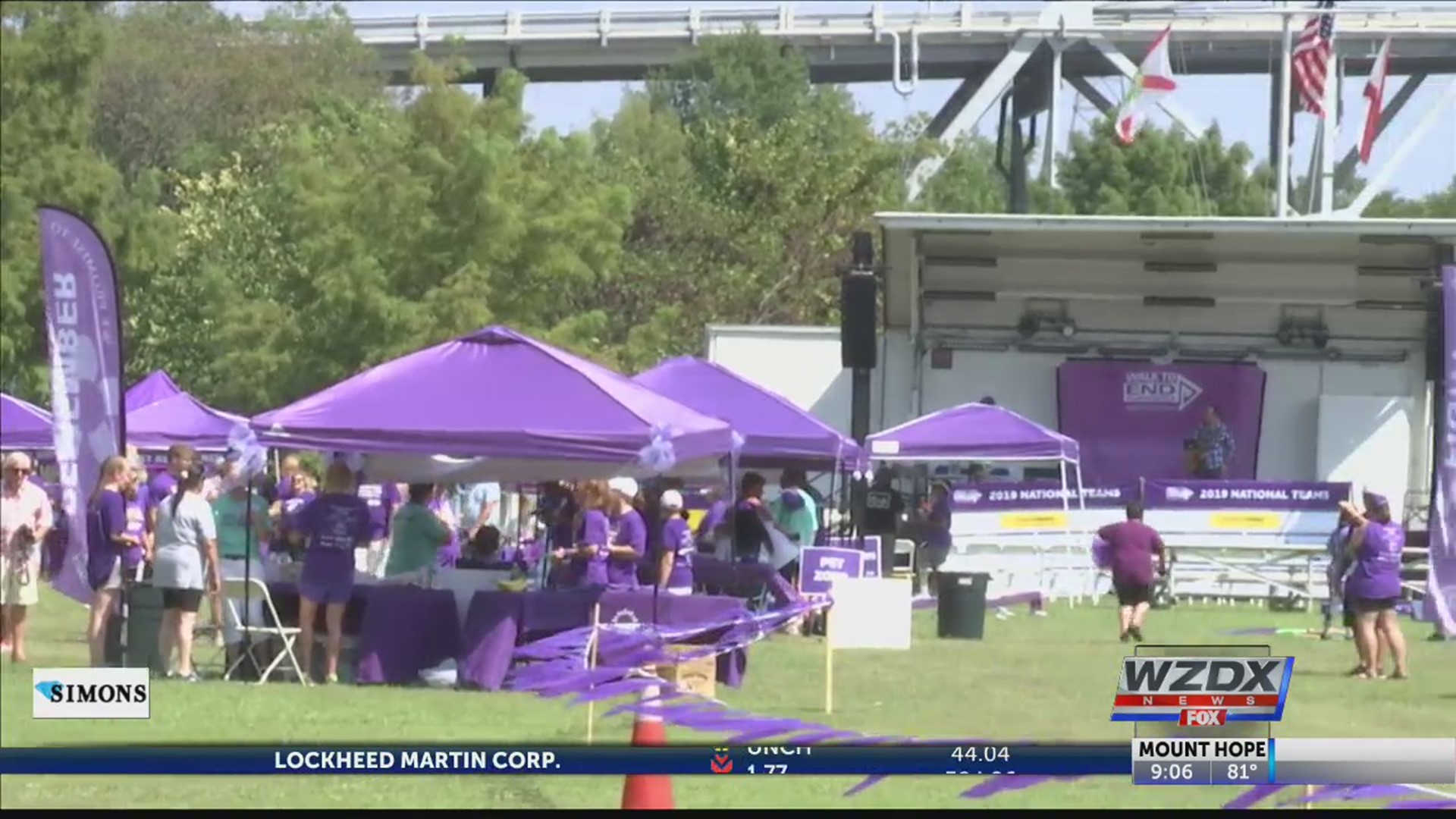 Hundreds laced up their sneakers today in The Shoals for the annual Walk to End Alzheimer’s.

The organization puts on the world’s largest non-profit fundraisers for Alzheimer’s disease, through its over 600 walks held each year in communities around the country.

Over 64 teams this year here in The Shoals , determined to reach their goal of raising 150,000 dollars toward Alzheimer’s research.

We spoke to Cheril Cleveland, an organizer of the walk. She reminds us that Alzheimer’s affects far more people than what statistics show. Cleveland says, “[The studies don’t] include the caregivers that are unemployed, off work, and all of the things they have to do for their loved ones, so I’m here to find a cure for this disease.”

Live music, food, and games even a pet center gave participants the chance get talking and share their connections to the cause with one another before the walk started.

Some very young faces were in attendance today, spreading awareness, and walking for those they love. And they say they hope more kids join in the fight.

We spoke to elementary student, Olivia Hobbs, who was walking in memory of a family member. She told us that she thinks it’s important for more kids to be taught about Alzheimer’s disease and Dementia. Olivia says, “I think that they should learn more about Dementia because they can help find a cure for it, and if someone in their family has it, they can help them.

And young Karson McElyea, who participated in the walk with his parents and older sisters, reminds us of an important lesson.

Karson McElyae says, “Helping people is always free, you don’t have to pay for helping people.”