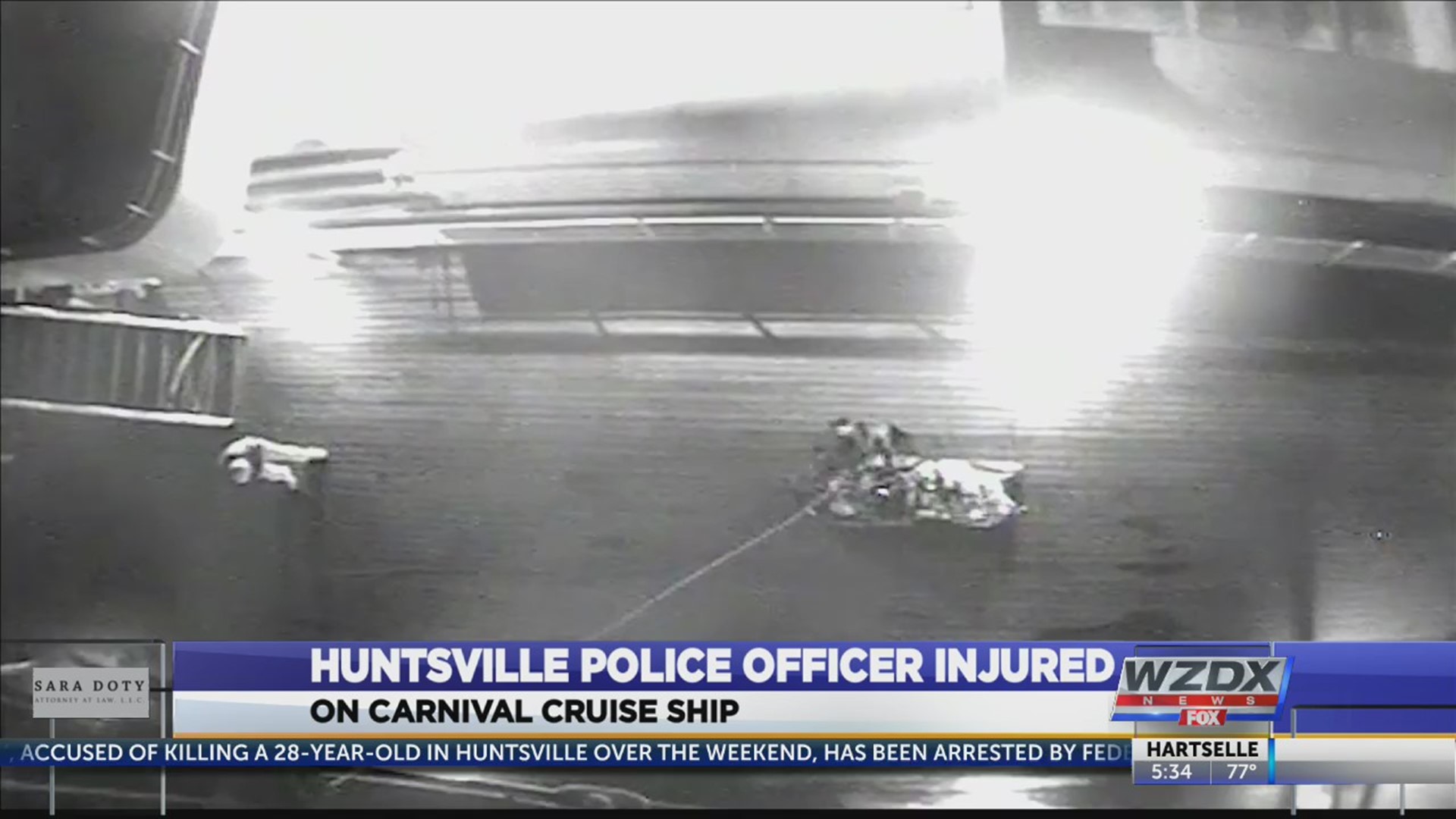 According to the U.S. coast guard, 23-year-old John Holliday, who was reportedly on his honeymoon, fell about 16 feet. The coast guard airlifted Holliday from the deck of the ship early Tuesday morning.

Holliday was taken to New Orleans University Hospital. A spokesperson for the department says he believes the injuries are non-life threatening.