Matthew Becher, a senior at Lee High School, adds, “If you think that it’s going to take hours of your time to register to vote… It’s way easier than you’re thi... 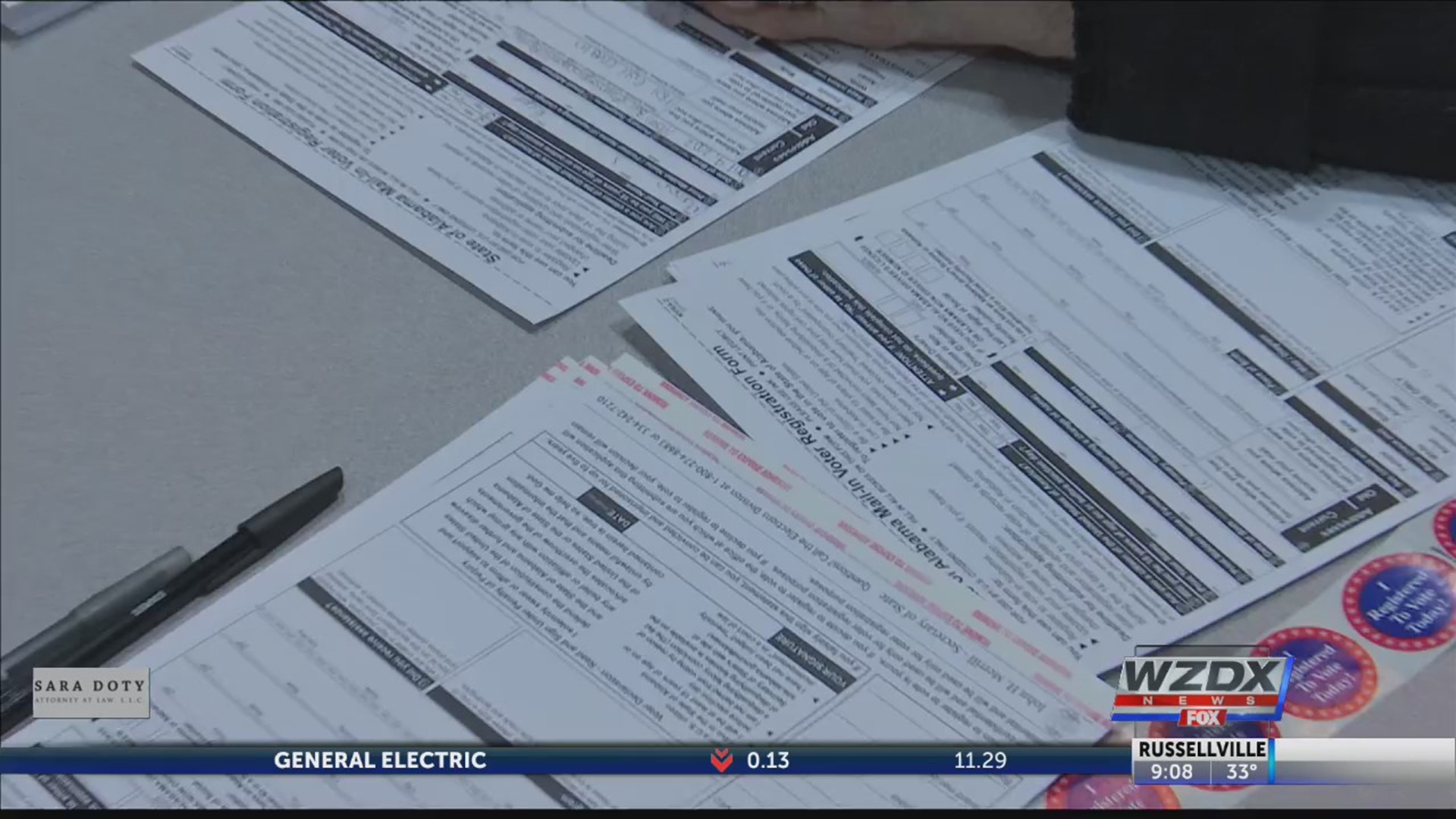 Some of Huntsville’s students got the chance to see what it feels like to cast their votes. Students say they were surprised by the process.

Students at Lee High School were in for a surprise when they walked the school halls. An entire polling place was set up in the school theater– and it was all just for them.

Seniors at Lee High School filed into the polling area, checked in, and grabbed their ballots–just like some of them will do on election day.

Teachers say it’s important to get students prepared for the process of voting and to get them excited to participate.

We spoke to Stephanie Hyatt, an 11th and 12th grade English Teacher at Lee High School. She tells us, “They love the idea that they’re going to be able to vote for the next president. They’re seeing that in the news today. They may not be watching all the debates. But, they see that this is going on and they’re invested.”

The National League of Women Voters of Tennessee Valley sent representatives to register students to vote who’re over the age of 17 and a half.

Robin Buckelew, a member of the League of Women Voters of Tennessee Valley tells us that the students are hold our future in their hands, so it’s good to encourage them to get excited about using their voices. She adds “We have found that when they register to vote in high school, that they become engaged in the electorate at a much higher rate than kids who wait until after they’ve finished college or gotten a job.”

Students told our reporter that they were all surprised by one thing about the process.

Breanna Mccleneon, a Lee High senior says, “It was easy to vote. Very easy. I thought it would be like a long hard process.”

Matthew Becher, another Lee High senior adds, “If you think that it’s going to take hours of your time to register to vote… It’s way easier than you’re thinking.”

There are assumptions by older generations that Millenials and Gen Z-ers don’t care to stay informed about politics and news. But, a study by Knight Foundation shows that 88 percent of people ages 18-34 access news at least weekly, including 53 percent who do so every day — they just access it differently.

Breanna Mccleneon and Matthew Becher, and other students in attendance tell us they normally turn to social media to consume their news. Because of the potential for real time updates and the ease of sharing stories.

The newly registered voters tell our reporter, they can’t wait to hit the polls this upcoming election.

Lee High School senior, Javin Stewart, says, “I think it’s exciting, because once you get to vote, you really realize, you really do matter.”

ARE YOU REGISTERED TO VOTE? You can do it online! Just click here!