More than half a century ago, Sonnie Hereford IV was the first African-American child to integrate public schools in the state of Alabama. 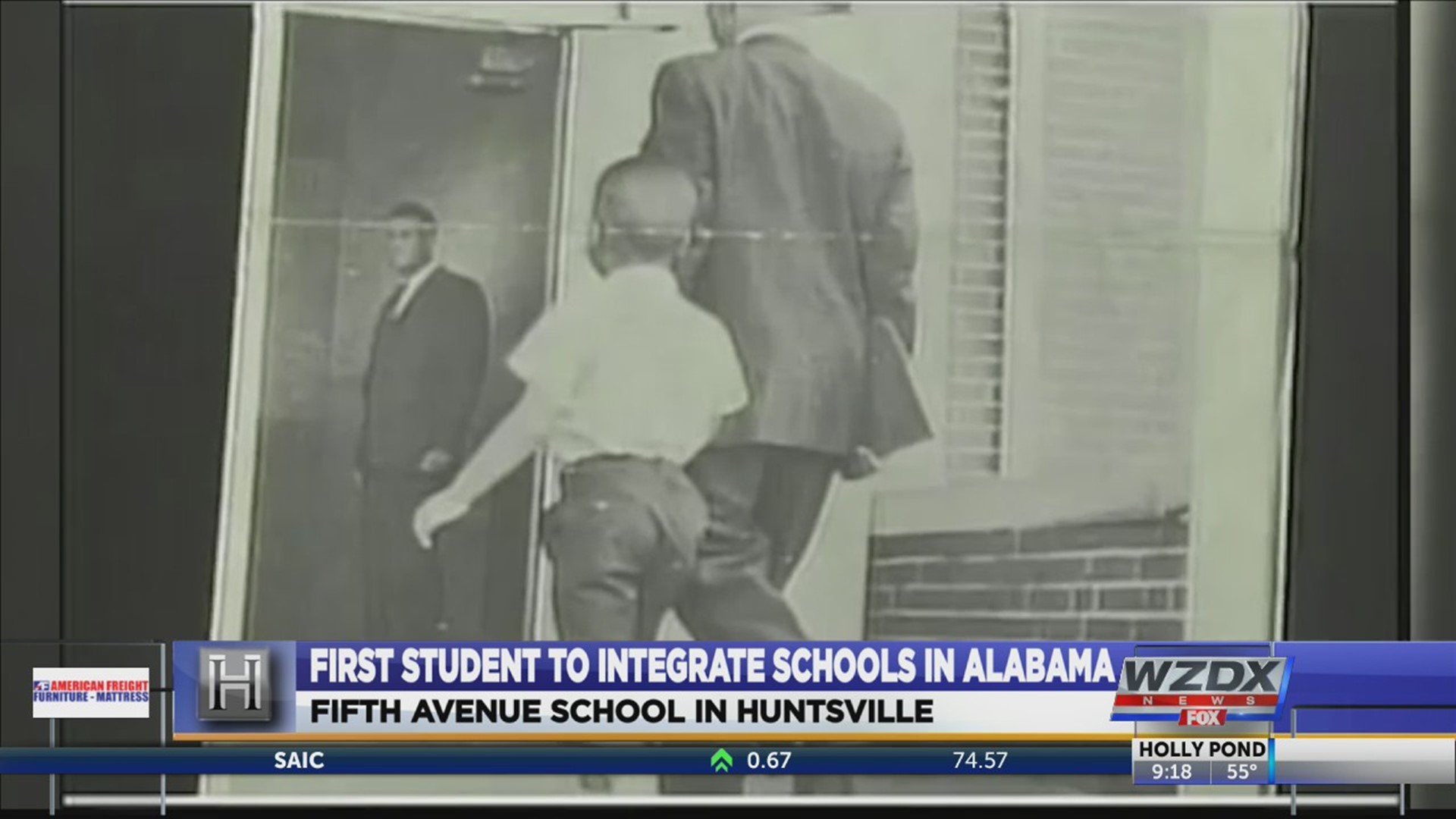 More than a half century ago, the historic case of Brown vs. The Board of Education declared state laws establishing separate public schools for black and white students to be unconstitutional. Following the decision, there was a lot of resistance in many places, including in Alabama and right here in Huntsville.

September 9, 1963 is a day that changed Alabama public schools forever.

On that day, Sonnie Hereford IV had no idea how much his life would change. He says, “My dad had said, how could he ask these other people to send their black children into these white schools if he wasn’t willing to do that himself.”

Dr. Sonnie Hereford III and his son, Sonnie Hereford IV, walked hand in hand up to Fifth Avenue School in Huntsville. On that day, Hereford became the first African-American student to integrate public schools in the state. But getting to that point was far from easy.

Leading up to that day, about 30 black families had signed their children up to integrate public schools.

Brandon Curnel, author of In the Shadows of Birmingham, says, “Numerous parents had signed up to take their children and next thing you know, bosses started calling and saying, ‘Look if I see you at the school you’ll lose your job’, and it dwindled down to four.”

Sonnie Hereford IV says, “As the day approached for school to start we were getting phone calls, death threats to the house.”

On September 3, 1963, which was supposed to be the first day of school for Sonnie Hereford, he and his dad walked up to the school, only to find it locked and guarded by armed state troopers dispatched by governor George Wallace, who earlier that year had pledged, “Segregation now, segregation tomorrow, segregation forever!”

Herford says, “The way I understand it, Governor Wallace kept the four schools in Huntsville that were going to integrate, he kept those schools closed and I haven’t been able to verify this, but I believe the other schools were allowed to open on September 3rd.”

Hereford tell us, “There were federal marshals to protect us in case there were some troubles, and they were dressed in plain clothes so they could mix with the crowd. That way if there was any trouble, they’d be right there among anyone who might start some trouble.

“One of the things that I will always remember is being in first grade and we had the cafeteria site where the trays were stacked up and you take your tray down and slide it along and the ladies who worked in the cafeteria would give you food. There was a little girl, a white girl of course, who wasn’t tall enough to get her tray down off the top of the stack and I got it down for her and she told me, ‘Oh no, my mother told me never to take anything from a n****r.’ But even at 6 years old, I understood that she didn’t even know what she was saying to me. That’s a lesson that I’ve carried with me my whole life.”

A few years later, that was a lesson that certainly came in handy as he attended Butler High School..

Hereford remembers, “You know, we had some race riots there because we had one whole end of the gym for the entire wall, was painted with a big confederate flag and the band would play Dixie at the pep rallies. We actually went to the school board and petitioned the school board, and I remember they issued something saying that there would be no more confederate indicia or regalia on school property, which included Milton Frank Stadium and Goldsmith-Schiffman Stadium.”

Hereford would later be elected as the student body president of Butler High, a school that was only about 15% black at the time.

To this day, the Hereford family is still making an impact on the Tennessee Valley community. In 2016, an elementary school in Huntsville was named after Sonnie Hereford’s father, who was a civil rights leader.

Hereford says, “Like Dad said, back in the day, he said people use to throw things at him and spit at him and now they name schools after him, which I think is a statement of how far our society has come.”

Dr. Sonnie Hereford III passed away back in 2016, but not before he got to see the groundbreaking of the school that was named after him.