A ketchup thief’s apology note is going viral. Yes, ketchup…you can call it “ketchup karma.” The thief left a note at a Perkins Diner in... 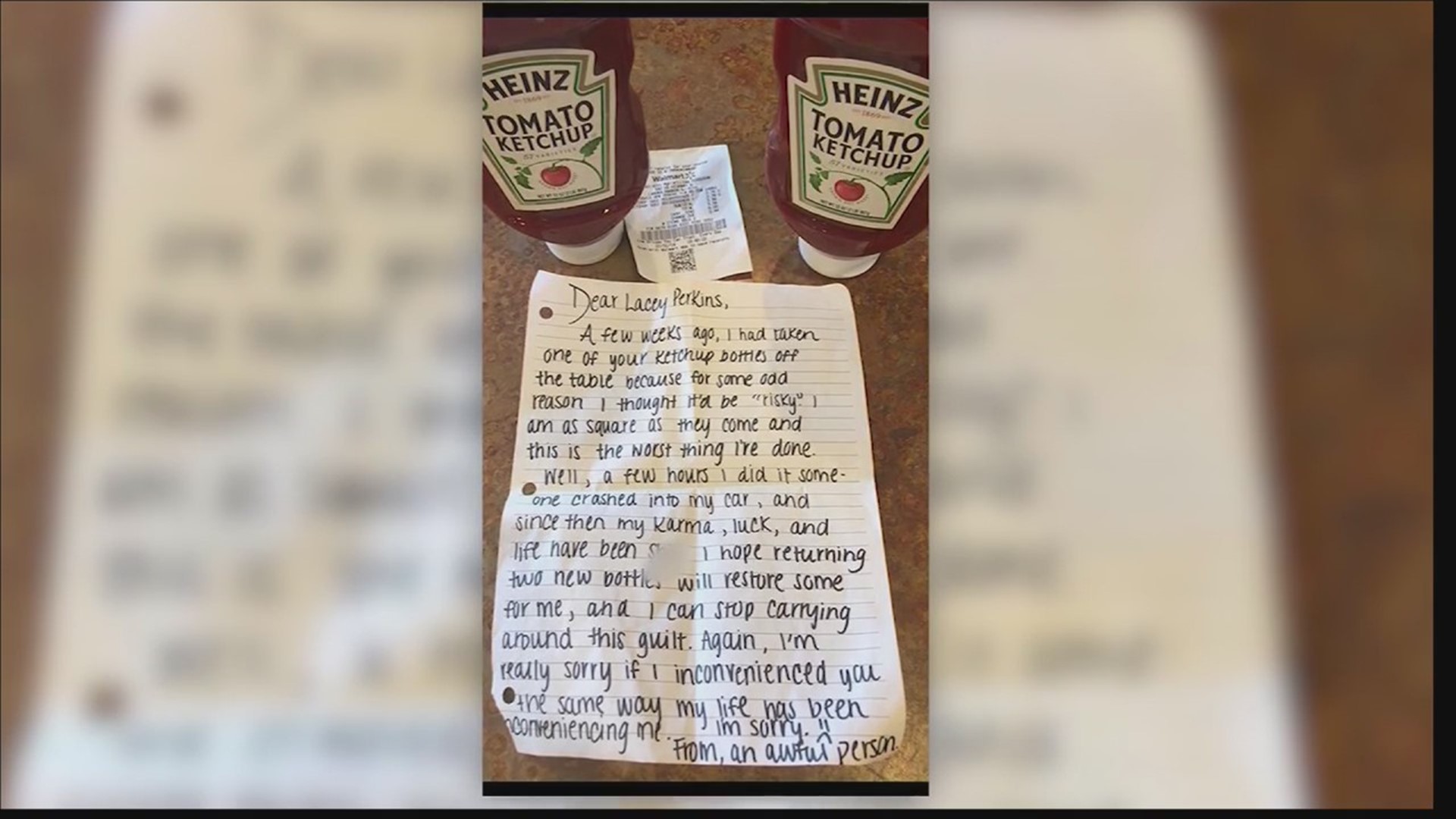 The thief left a note at a Perkins Diner in New Jersey, saying karma and guilt caught up with them after they stole a bottle of ketchup a few weeks back. The thief said just hours after the theft, they got into a car accident. The regretful thief left a bag with the note and two replacement bottles of ketchup outside the restaurant.

The owner posted a photo of the note and bottles on Facebook, saying she forgives the thief. She says she never would have noticed the missing bottle. She has a hunch the thief is a teenage girl.

Heinz got wind of the story and offered to help pay for the person’s car repairs. The condiment company says the person has gotten in touch with them privately. 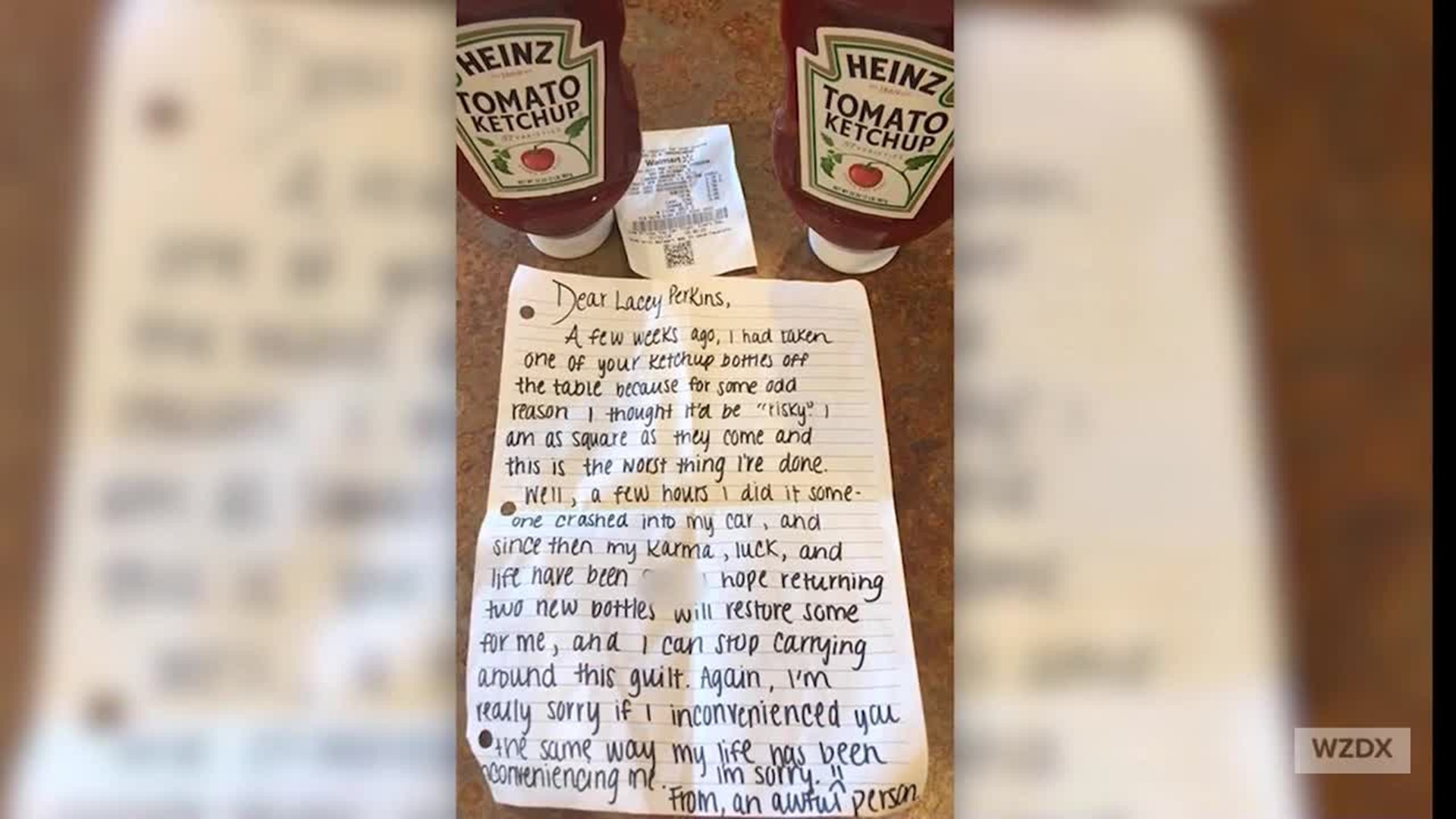