Nearsightedness is on the rise in children, and it's not because of genetics 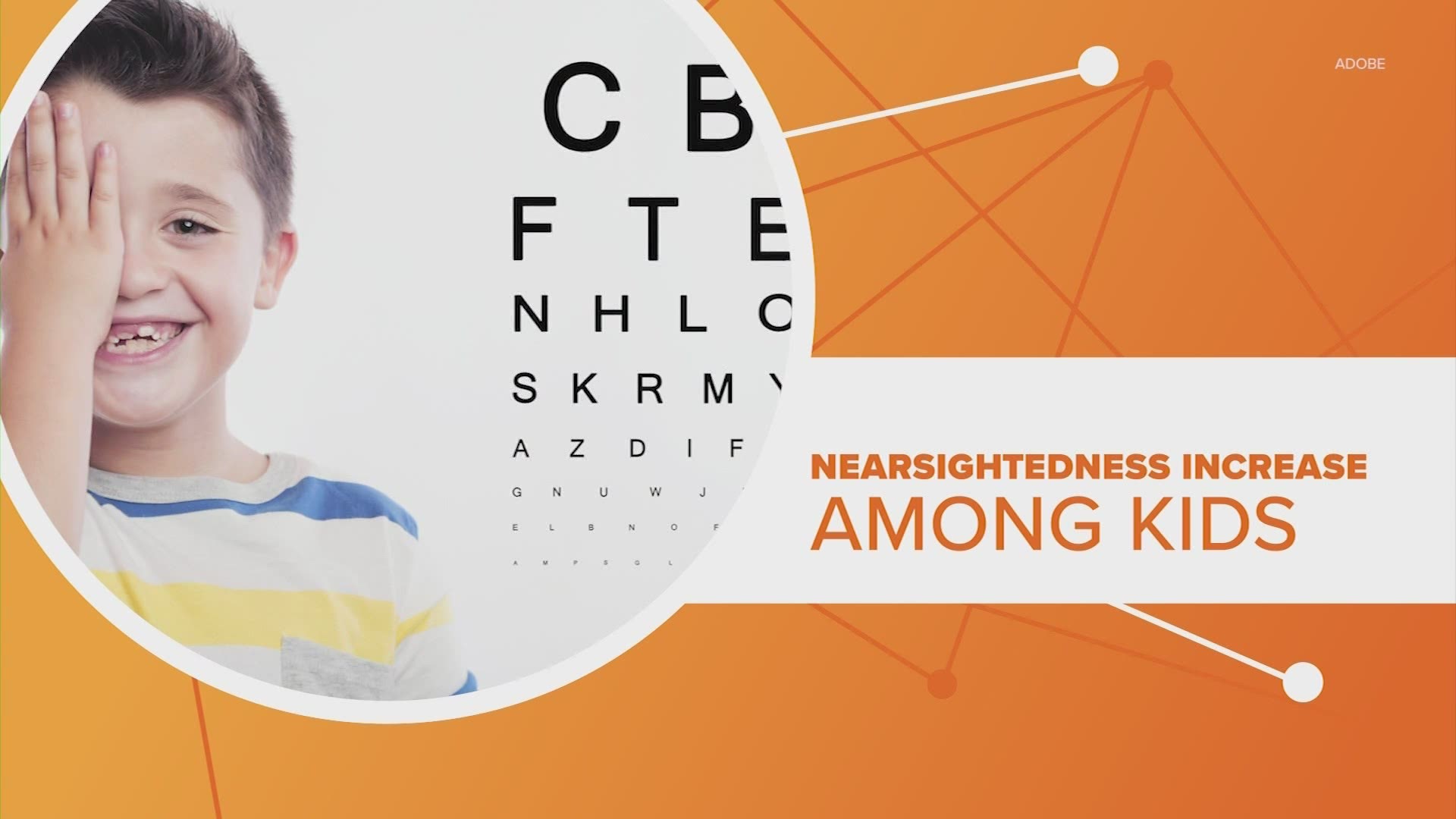 HOUSTON — You know how kids don’t play outside as much as they used to? Well, now experts say that trend has an unusual side effect: children’s eyesight is getting worse.

An increase in kids

Nearsightedness, also called myopia, is on the rise in kids. That’s when you can see up close objects clearly, but things that are far away are fuzzy.

It can be caused by genetics and the environment. But experts say myopia has increased so rapidly that it can’t be blamed on genetics. In the United States alone it has gone from 25 percent of the population in the 70s to 42 percent. In southeast and east Asia, it’s estimated 80 to 90 percent of high schoolers are nearsighted.

So what’s causing this increase? It might seem easy to blame all that screen time kids have these days. But experts say that is not the direct reason. It’s actually because children are getting less natural light. Researchers say exposure to daylight and focusing on things far away outside can delay the onset of myopia. And the pandemic has made things worse. New research shows the eyesight of children quarantined during the onset of coronavirus deteriorated rapidly.

Take more breaks and get more outside time

There is something you can do about it. Experts say it’s not practical to take away screens altogether but you can impose some rules. They recommend a practice called 20-20-20. That’s where you take regular breaks every 20 minutes to look at something 20 feet away for 20 seconds. And of course, more time outside could make a real difference.