PTSD: A disorder that can affect anyone

PTSD is widely associated with veterans but anyone is capable of developing the disorder. We spoke to a veteran and a therapist to find out more about PTSD. 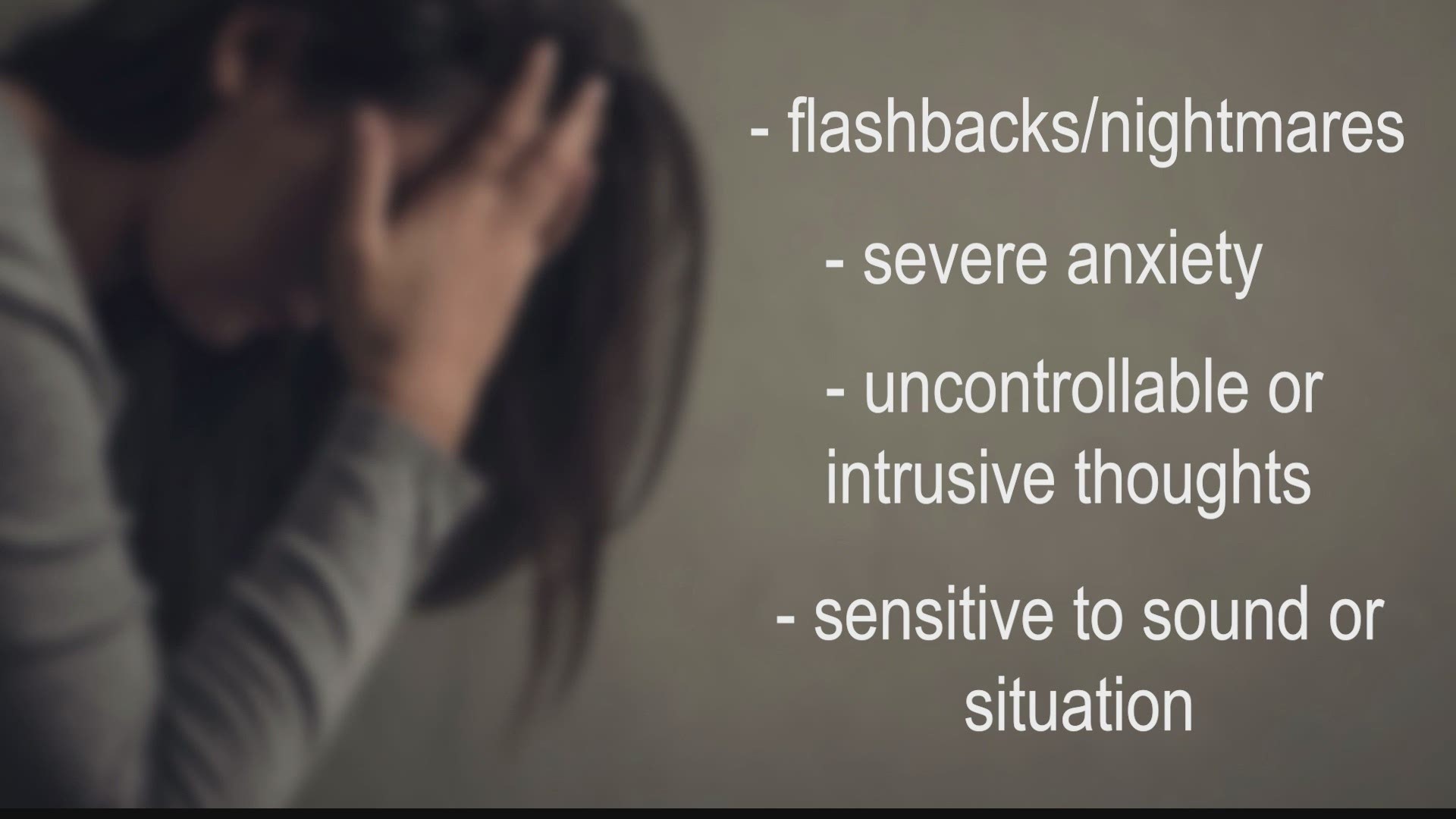 It's a time to shine a light on people living with the disorder, no matter what walk of life they come from. Many who experience PTSD are dealing with the invisible wounds of war, like veterans. It's important to understand that as long as there have been wars, two battles have been fought; one on the battlefield —  and one in the mind.

Former Disabled American Veterans Commander shares some statistics about just how fatal PTSD can be among veterans.

"If you're a veteran you are 50%, more likely to commit suicide than the average American," said former DAV Commander and current member Andy Haq. "According to the stats that I know of, there is a veteran dying every 22 seconds. That is a lot, we need to get care of them, and the question is how do we take care of them?"

Oftentimes, PTSD is associated with the military but anyone is capable of developing the disorder.

PTSD or post-traumatic stress disorder is defined as a disorder that develops in some people who have experienced a shocking, scary, or dangerous event, according to the National Institute of Mental Health.

"They say it's about seven, seven or eight people out of 100 will experience PTSD in their lifetime," said Family Services Center Clinical Director Kim Crawford.

Although this is only the reported statistic, there could be many more out there who suffer from PTSD, and the reasons why are seemingly endless.

"You know, way more than seven or eight people experience some sort of trauma, you know, in their life either actually experiencing it, you know, witnessing hearing about, you know a friend or relative that's you know, going through something can also, you know trigger that," said Crawford.

Other than combat, Crawford says many incidents could cause PTSD.

"Childhood abuse, physical abuse the sexual violence, attack, a physical assault, even an accident of some sort, whether it's a car accident, a plane crash I know those aren't prevalent but, you know, that falls into fires, any kind of natural disaster, I mean just herewith, you know, tornadoes, so there's a lot of things that can actually create PTSD, besides the military and the combat that most people associate PTSD with," said Crawford.

This strong tie to the military is good for bringing awareness to this disorder among the veteran community but it can make civilians who experience similar symptoms confused about whether they have it or not or whether they even need to get help.

"You know, quote-unquote, normal people that experienced some other kind of trauma, don't necessarily realize how critical getting help can be so soon. So they start going through the Depression, or the anxiety or they're having nightmares or flashbacks, and they're not thinking, this is the possibility of PTSD," said Crawford.

Some of those symptoms include the following:

If you or a loved one is experiencing any of these symptoms it could be time to reach out for help.